'No probable cause' to pursue criminal charges in Allen Benedict Court 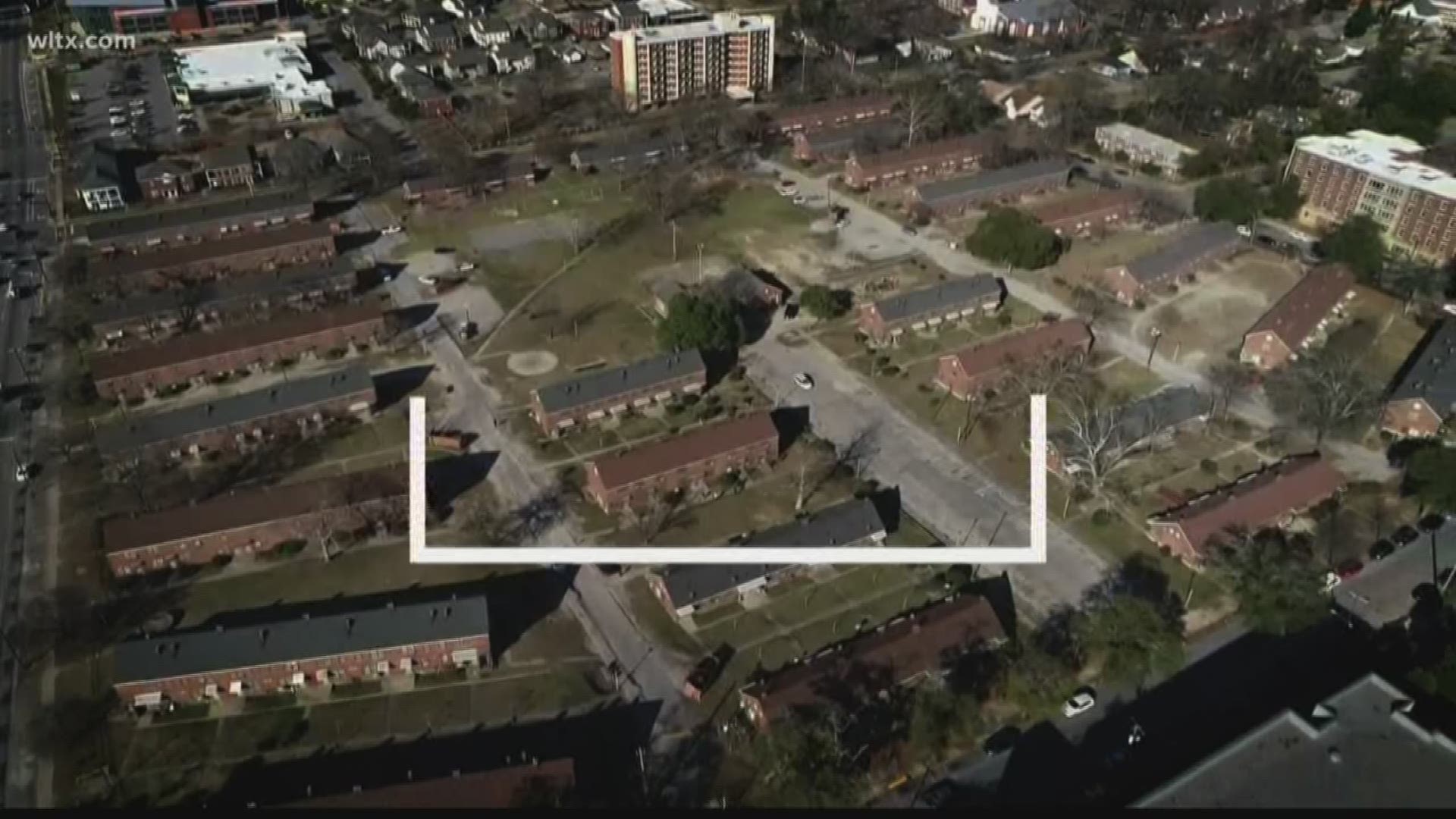 COLUMBIA, S.C. — In a Wednesday morning press conference, officials presented findings from the investigation into carbon monoxide deaths at Allen Benedict Court and found no probable cause to pursue criminal charges.

After a smoke test, it was found that debris build-up in a furnace in Building J at Allen Benedict Court apartments prevented proper venting of carbon monoxide and lead to carbon monoxide leaks into that building's units.

It was Gipson's legal opinion that probable cause does not exist to pursue criminal charges in general sessions court. He said that his opinion was not meant to be a comment on pending cases or civil liability cases, those decisions should come later.

There have been multiple civil lawsuits filed against the Columbia Housing Authority in relation to this incident.

Gipson said that while what happened at Allen Benedict Court is a tragedy, there is a lack of evidence to pursue action by 5th Circuit Solicitors Office. During a question and answer period, News19 Reporter Jacob Reynolds asked Gipson to explain how he came to the conclusion that there was no criminal negligence or something else criminal, to which Gipson responded that there is no 'criminal negligence' statute in South Carolina to apply to this case.

Columbia Police Chief Skip Holbrook said "the loss of life and overall disruption of lives has not been forgotten."

The day that Witherspoon and Roper were found dead in their separate apartments (J-1 and J-3); two other persons in an adjoining apartment were transported to a local hospital and treated and released for symptoms of carbon monoxide poisoning.

On Jan 18, 2019, inspectors found quality of life issues and more gas leaks in the apartment complex.

The Columbia Housing Authority was cited in 22 categories of violations --- 869 violations documented during inspections in 25 buildings, in 244 units at Allen Benedict Court. The court date for those citations is scheduled for Jan 22, 2020. No monetary citations have been issued as of yet.

"Unprecedented" was the response by Holbrook when asked about the number of violations found on the Allen Benedict Court property.

Columbia Fire Chief Aubrey Jenkins said the incident at Allen Benedict Court "could have been avoided" with proper maintenance. 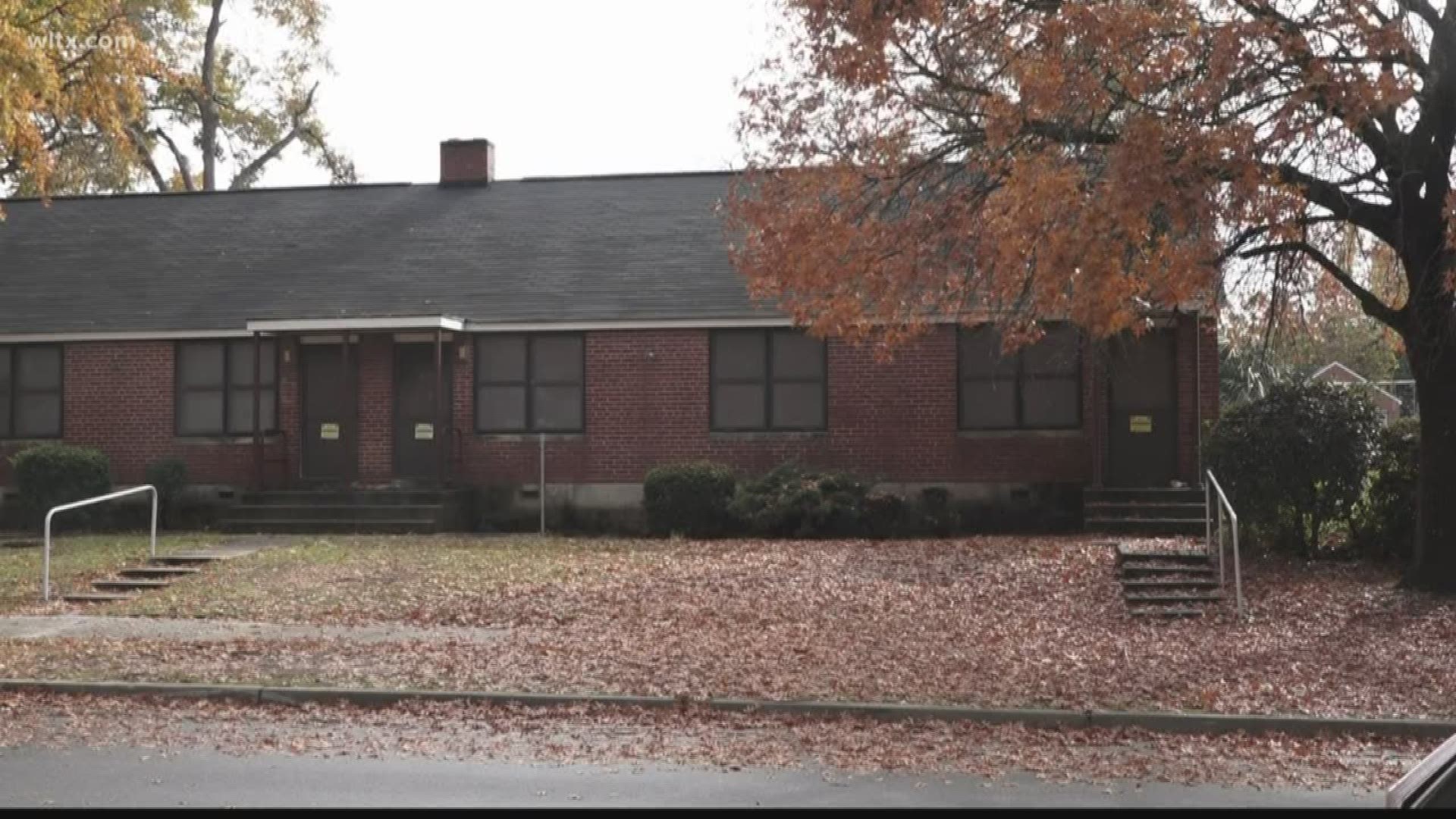 The Allen Benedict Court resident said he thought the smell was “just a way of life” at the apartment complex. The fire chief said the then thought to check other apartments in other buildings on the property and found more problems.

He then made the decision – after consulting with Holbrook – to close Allen Benedict Court after finding “not livable conditions.”

Holbrook said that “people need to take care of their tenants and understand they are responsible for what happens to them on their properties.” He reiterated that the loss of life has not been forgotten and that there should be a “dramatic change of culture” within the Columbia Housing Authority so that something like this should not happen again.

After the press conference, WLTX received a press release from Columbia Housing which said, in part, that "In the time since Derrick Caldwell Roper’s and Calvin Witherspoon, Jr.’s untimely deaths, Columbia Housing has done a number of things to ensure that the January 17th tragedy never happens again."

The statement goes on to list changes on the Board of Commissioners, the appointment of Ivory Matthews as the leader of Columbia Housing (replacing Gilbert Walker), and a new Chief Operating Officer 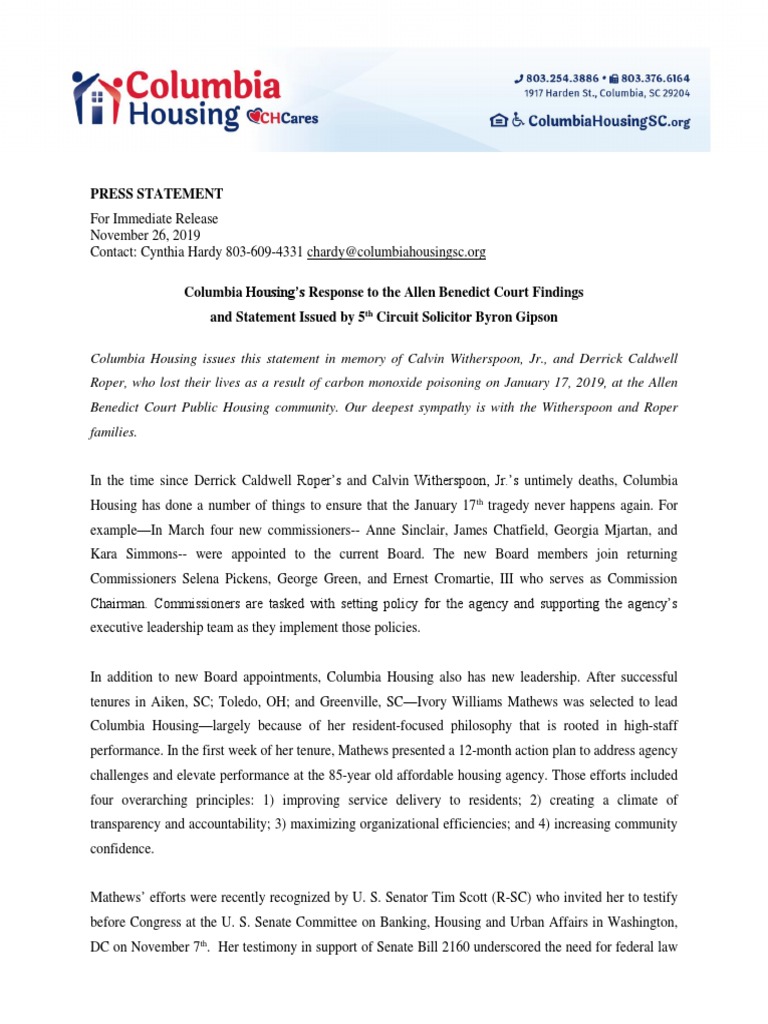