It turns out, many residents filed multiple work orders and at times went unheard. Gas odors were only a fraction of issues reported on the property. 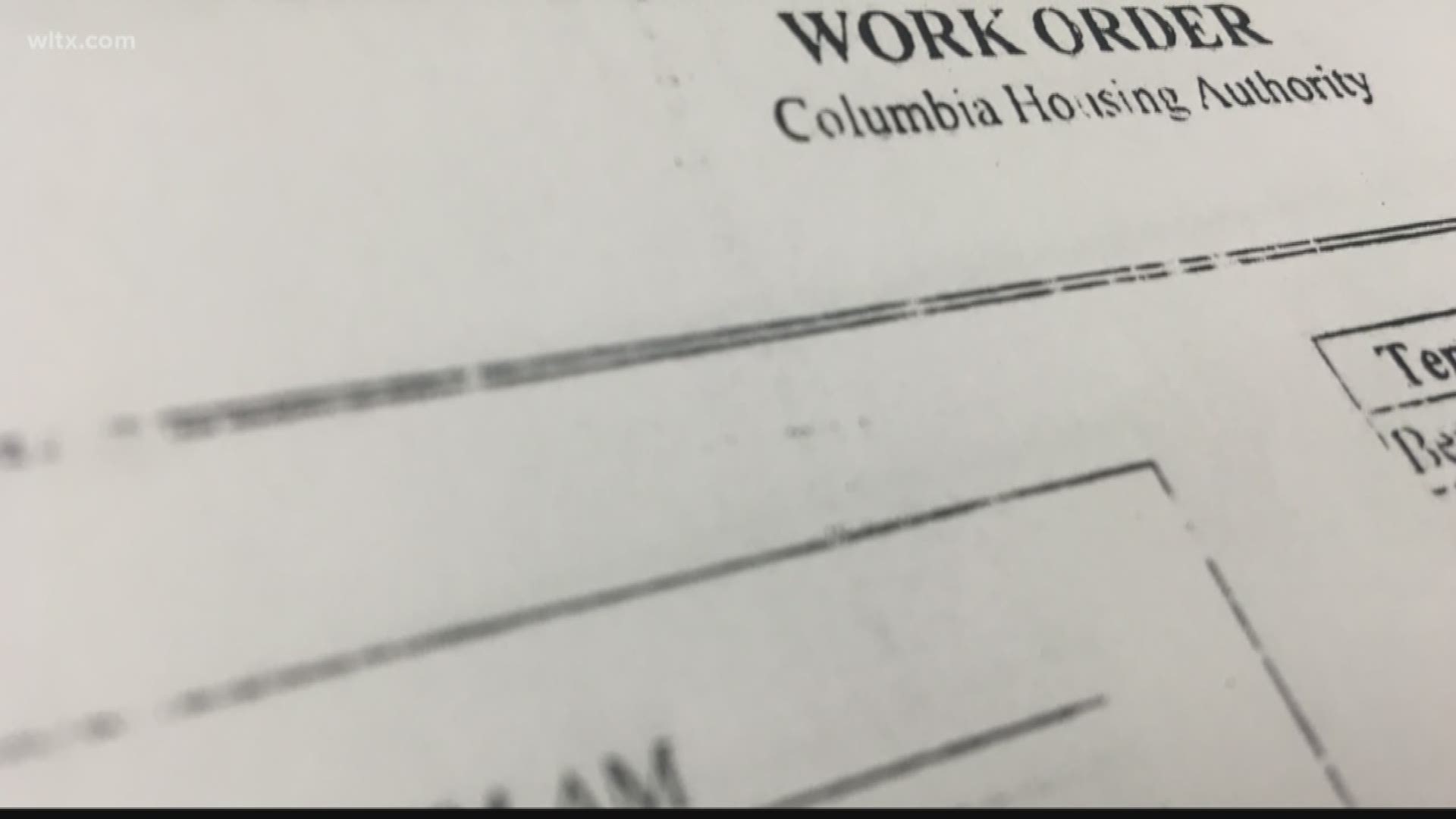 COLUMBIA, S.C. — Columbia, SC (WLTX) -- In our reporting so far of the conditions inside the Allen Benedict Court Apartments, WLTX has only scratched the surface.

Heaters catching fire and sparking flames, and rats coming out of holes in the apartments are just some of the problems our Deep Dive team uncovered.

Chairman of the Board of Commissioners of the Columbia Housing Authority, Bobby Gist addressed fellow commissioners Thursday evening at a public meeting, discussing a resident who wrote about a pleasant experience living on one of their properties.

Our deep dive team created a spreadsheet, organizing all of the work orders we could get our hands on from Allen Benedict Court.

It turns out, many residents filed multiple work orders and at times went unheard. Reports of gas odors were only a fraction of potentially life-threatening problems found on the property.

We found multiple reports of no heat and some residents didn't have hot water for days, even after a similar work order was completed in their apartment.

Building A: Residents reported the front living room wall was falling apart, rats were sneaking in through a hole, and mold and mildew was present.

Building B: Parts of the ceiling in the bedroom was gone. A resident said "I wrote this up last year or the year before and nothing has been done about it."

Building C: A tenant said the "heater is spitting out fire".

Building E: In neighboring apartments, the heater caught on fire, followed by two reports of the heater not working.

Building G: After a stove needed repair, a tenant had to call the fire department because she smelled gas. The report says the fireman told her the gas was coming from her oven. In the same building, odor was leaking into an apartment from a busted pipe underneath.

The heater sparked flames in building Q and Y, and a kitchen light sparked a fire in building L.

Building K: Residents reported a ceiling problem had not been fixed for three years.

Stay with WLTX for the very latest on this developing story.