A fourth lawsuit has been filed against the Columbia Housing Authority in connection to the Allen Benedict Court apartments, however, this lawsuit was the first to specifically name board members. 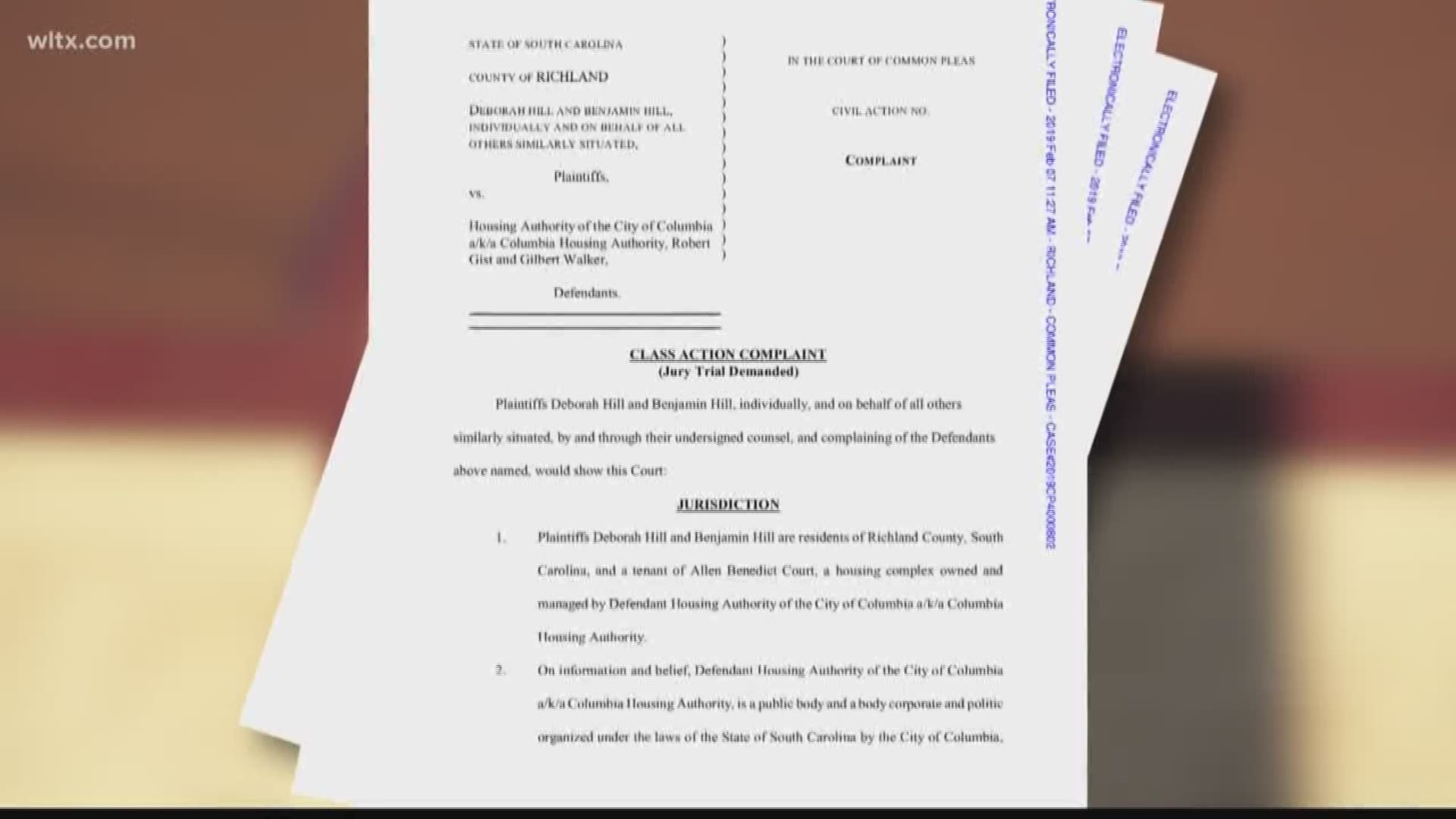 COLUMBIA, S.C. — A fourth lawsuit has been filed against the Columbia Housing Authority in connection to the Allen Benedict Court apartments, however, this lawsuit was the first to specifically name board members.

Allen Benedict Court residents Deborah and Benjamin Hill filed the lawsuit Thursday, claiming the Columbia Housing Authority created "unfit and unsafe living conditions." It was filed on behalf of themselves, and the rest of the residents affected by gas leaks at the complex last month.

This is the second class-action lawsuit to be filed against the Columbia Housing Authority. However, unlike the others, this lawsuit names Commissioner Robert Gist and Executive Director Gilbert Walker as defendants.

In the lawsuit, the plaintiffs claim they experienced gas leaks in their apartment "for months or years" prior to the evacuation in January. They also state other residents experienced the same issues. Management "failed or refused to take meaningful action" when these leaks were reported, according to the lawsuit.

It also stated that the residents' appliances and heating systems were "poorly maintained and not time or properly repaired or replaced."

Bed bugs were also named as a complaint, which was also an issue detailed in an inspection letter sent to the Columbia Housing Authority from the Columbia Fire Department.

An exterminator was hired by the plaintiffs when the Columbia Housing Authority "failed to correct the problem." However, they go on to state that the their belongings are now re-infested with bed bugs due to the evacuation.

The lawsuit states the defendants believe they are "entitled to recover for all such damages and request same," and are seeking "injunctive relief."

Three other lawsuits have been filed against the Columbia Housing Authority.

One by the mother of 30-year-old Derrick Roper, who was found dead inside the J Building on the property on January 17, 2019. The other was by Robert Ballard, who had a unit right beside Roper in the J building and had to be rushed to the hospital to seek medical treatment.

The Roper lawsuit is a wrongful death case, while the Ballard one is a personal injury suit, since he survived. In the lawsuits, both plaintiffs claim the Housing Authority knew or should have known about the potentially toxic conditions found on the property. The suits say gas, carbon monoxide, and cyanide were leaking into units, and yet nothing was done.

A separate class action lawsuit has been filed by two other residents at Allen Benedict Court, which also claims more should have been done to protect the residents.