A class-action civil suit has been filed against the apartment complex, which the fire department said had life-threatening living conditions for some residents. 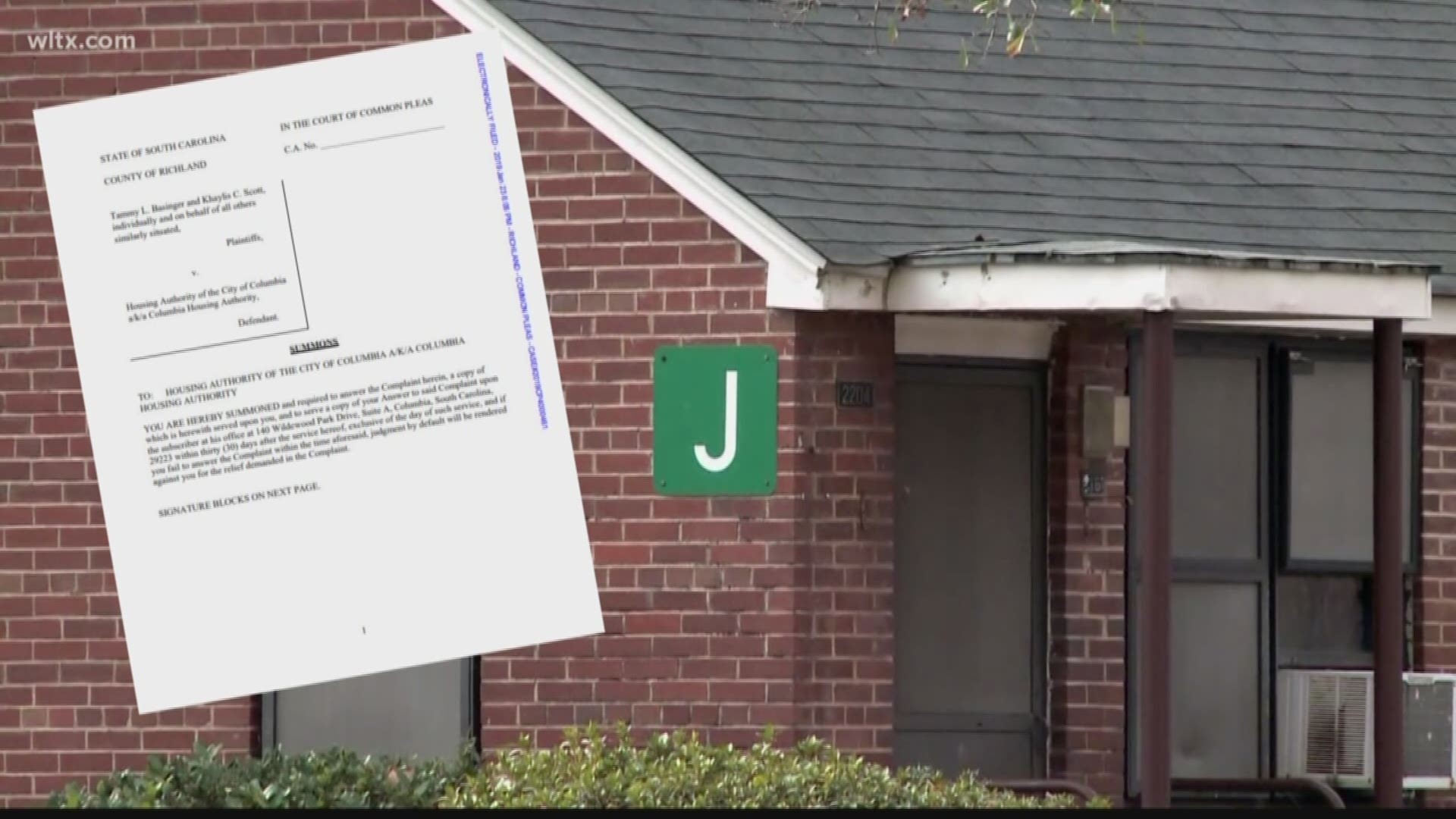 It suit was filed Wednesday in a Richland County court by attorneys David Proffitt and David Maxfield. The plaintiffs, Tammy Basinger and Khaylis Scott, are two tenants of Allen Benedict Court who are hoping to get relief on behalf of all residents.

"The lawsuit seeks to recover money damages on behalf of the Plaintiffs and all current and former tenants whose apartments were in an unsanitary, hazardous or uninhabitable condition due to alleged gas leaks or other unlawful and unacceptable conditions," Proffitt said.

Among the points the lawsuit alleges is that tenants complained about gas leaks multiple times but nothing was done about it. The suit also claims the housing authority is in violation of the state Residential Landlord and Tenant Act, which states people have a right to live in a safe, healthy, habitable place.

It says the housing authority was "negligent, careless, grossly negligent, reckless, willful, and wonton" in failing to maintain and address hazards there.

The suit is seeking both actual and punitive damages, but doesn't explicitly say what amount they're seeking.

"Ms. Basinger and Ms. Scott should be commended for being willing to stand up and participate in this lawsuit, which is an effort to help all those who apparently have lived in conditions that were both deplorable and dangerous," Proffitt said.

All residents at Allen Benedict Court were told Friday they would never be able to go back to their homes because of the serious and life-threatening code violations that fire officials discovered there.

The letter outlined a series of code violations the fire department found at the complex, including a presence of natural gas; carbon monoxide described as "severe and lethal" detected in several units; missing or outdated smoke alarms; and exposed wires on ceilings where smoke alarms were installed.

RELATED: 'Not like being home.' Residents of Allen Benedict Court speak out after 400 evacuated from apartments

"The conditions as outlined at Allen Benedict Court constitute a clear an imminent threat to human life, safety, or health," Jenkins wrote.

A total of 411 people living at the public housing complex were forced to move out the same day that letter was sent after multiple gas leaks were discovered on  A day earlier, on January 17, two men--61-year-old Calvin Witherspoon Jr. and 30-year-old Derrick Caldwell Roper--were found dead in separate apartments there. An official cause of death for the men is pending.

The residents are being offered 60 day vouchers to attempt to find alternative housing. Meanwhile, attorney Bob Coble, who represents the Columbia Housing Authority, said the long-term goal is to get a $30 million federal housing grant to bulldoze the property and build something new.