As News19 continues to investigate this story, we are piecing together a timeline of what happened within 72 hours at the complex with the EMS and 911 calls. 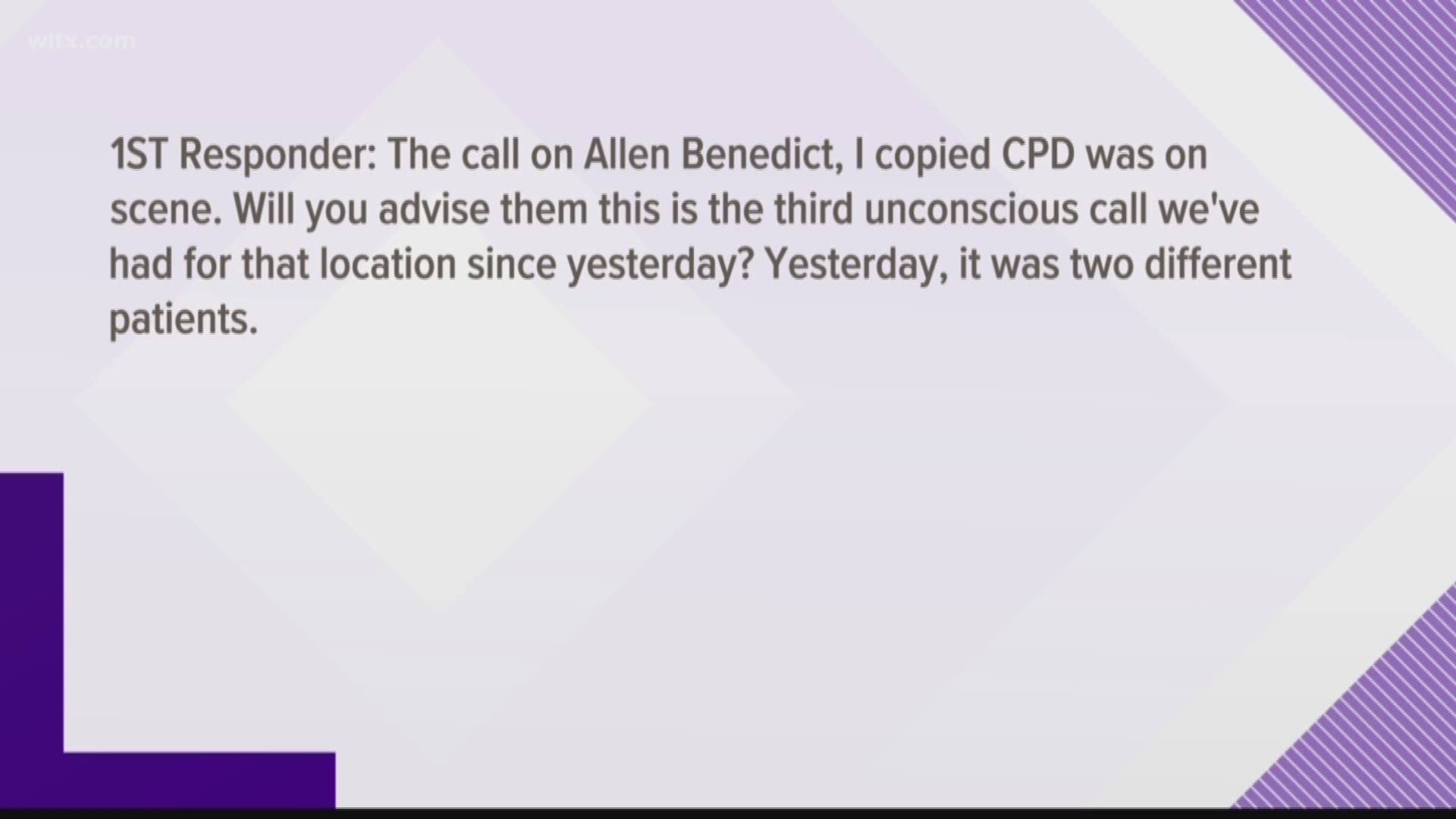 COLUMBIA, S.C. — (WLTX) -- It has been 27 days since Derrick Roper and Calvin Witherspoon Jr. were found dead inside their homes and hundreds were left without a home at Allen Benedict Court.

RELATED: 25 days since Derrick Roper and Calvin Witherspoon Jr. were found dead in their homes at Allen Benedict Court

As News19 continues to investigate this story, we pieced together a timeline of what happened within 72 hours at the complex with both the EMS and 911 calls.

On January 16th, two people from Allen Benedict Court Unit J2 were transported by EMS. One, at 4:30 a.m., the caller describes the person needing emergency assistance as unresponsive with blood coming out of their ears.

Caller: I need um...I need an ambulance to Read Street."

Dispatch: "Alright, we have help coming to him. Is he breathing and conscious?"

Dispatch: "Did he have seizure or something?"

Dispatch: "OK, we have help coming out to him, but you're not sure -- you know he's breathing but he's not conscious?"

Four hours later around 8:30 a.m. a second person from apartment J2 was transported. He called knowing something was wrong as he struggled to breathe while asking for help.

Caller: "My eyes are fluttering and I'm bleeding."

The caller had difficulties saying his address and the line was disconnected at one point.

In the background of the 911 calls you here EMS arrive.

January 17th, the next day was when Derrick Roper and Calvin Witherspoon Jr. were found dead in their homes.

At 9:41 that morning Benedict College called 911 concerned about a co-worker who had missed several days of work.

Tymes: "This is Tymes at Benedict College, I need officers at Allen Benedict Court, apartment J1. And I also need EMS cause we have a (B)ravo  (M)ike unresponsive."

Tymes: "He's unresponsive, we had to break into the house."

Derrick Roper was discovered unresponsive in the hallway.

1ST Responder on radio: “We’re being advised by CPD we have two unresponsive on scene in different locations.”

Two doors down Calvin Witherspoon Jr. was found dead in his bed.

1ST Responder on radio: “Yes sir, call on Allen Benedict. I copied CPD was on the scene. Will you advise them this is the third unconscious call we’d had for that location since yesterday? Yesterday, it was two different patients.”