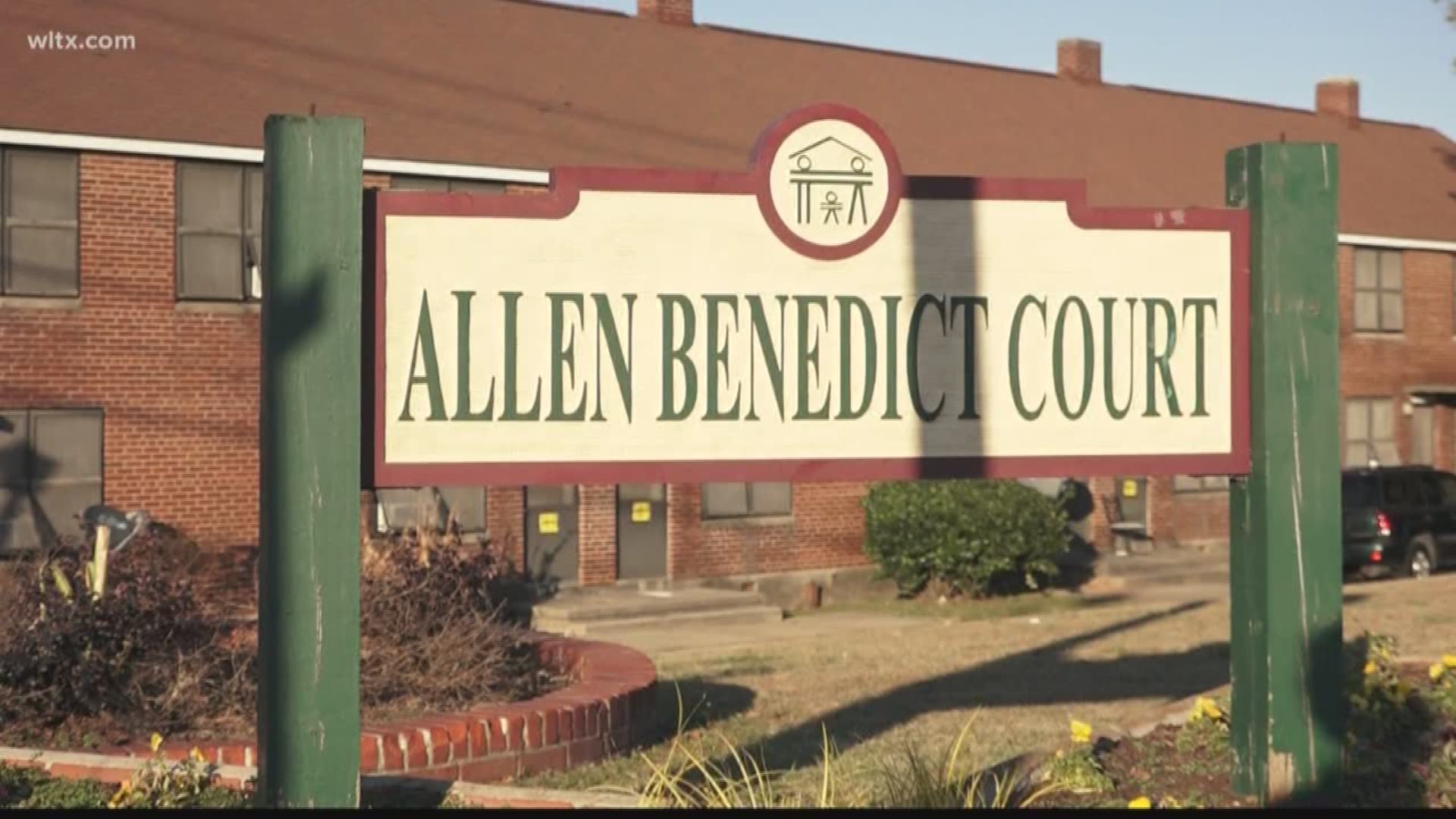 COLUMBIA, South Carolina — A Columbia Police Department incident report is shining light on the possible source of carbon monoxide that lead to the deaths of Derrick Roper, 30 and Calvin Witherspoon Jr., 61 at Allen Benedict Court.

The two were found unresponsive in their apartments after a welfare check was done by Benedict Police officers.

Toxicology reports show that both Roper and Witherspoon died of carbon monoxide poisoning.

According to the incident report, the Columbia Fire Department "found high concentrations of hydrogen, cyanide and carbon monoxide in the building, with the mass of the concentration coming from apartment J2."

That apartment sits in between the two apartments where Roper and Witherspoon were found.

The report also says that two others were taken to the hospital from that unit, one in the morning for head and back injuries, the other the day before from "effects from the gas leaks."

According to maintenance records at the complex, there have been reports of gas leaks in the past. News 19 has requested inspections from the Columbia Housing Authority as well as the US Department of Housing and Urban Development.