An affordable housing complex in Columbia has received several fire and code violations. Now, residents are forced to move out. 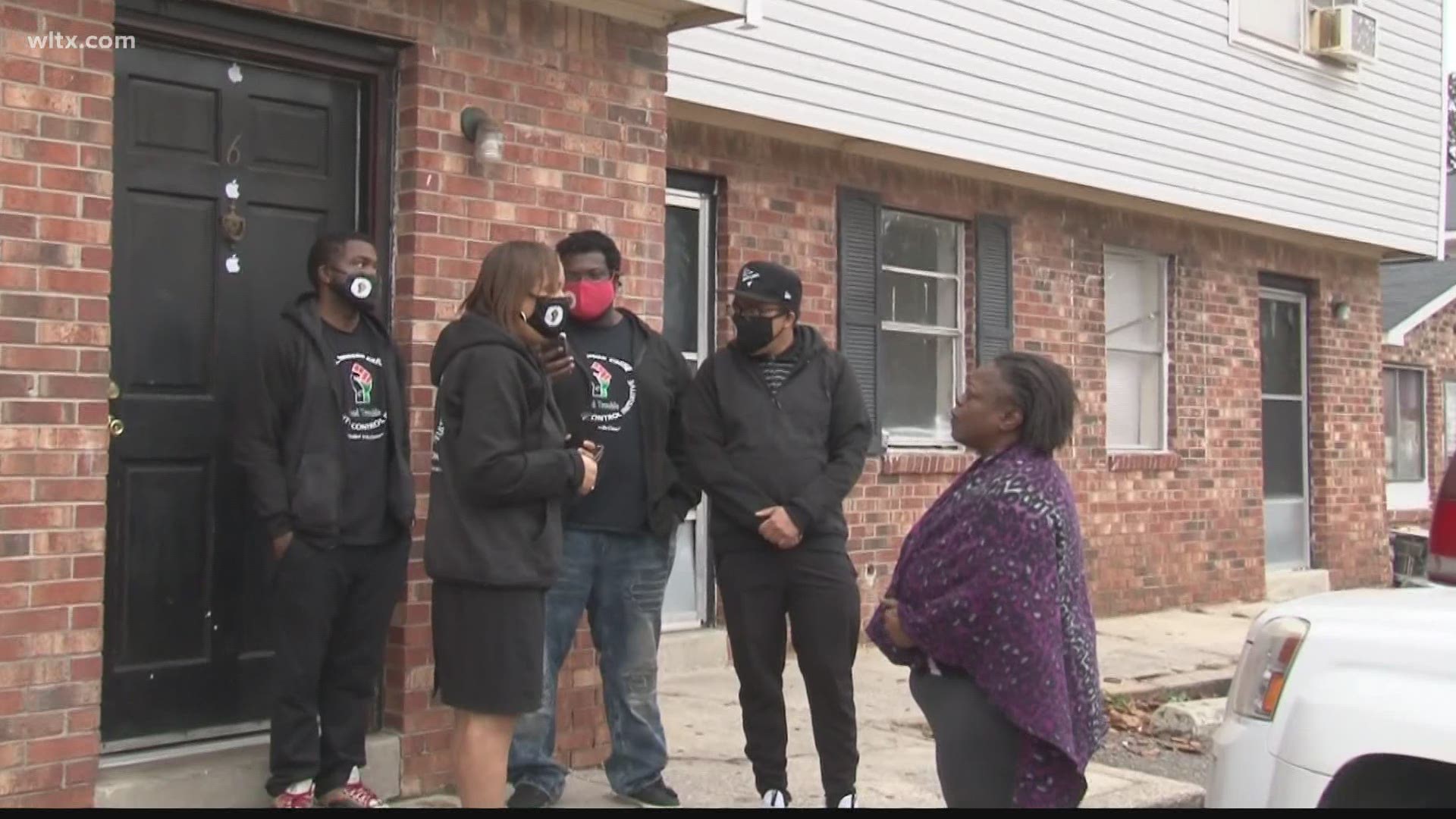 COLUMBIA, S.C. — Residents of an affordable housing complex in Columbia are speaking out about their living conditions. The complex has received several fire and code violations and now community members are stepping up to help.

"It’s [un]inhabitable," said project manager for One Common Cause, Jerry Hammond. One Common Cause is a Columbia-based advocacy group that focuses on affordable housing issues.

She described several hazards she experiences inside her home, including flooding when it rains.

"The water comes into my children’s room, wets up everything and it has mold that you have to consistently go in there and take a rag and wipe it out, so they don’t get sick," she said.

Hampton said three of her children, all under the age of 14, live with her.

Many of the units in the complex are subsidized by the Department of Housing and Urban Development.

RELATED: 'It's not livable.' Columbia apartments under scrutiny

"One Common Cause has encountered too many situations like this," said concerned CEO, Jerome Bowers. "Good, hard-working Americans are being forced to live in deplorable conditions and are being exploited."

Columbia Fire Chief Aubrey Jenkins said when he walked through the complex and into units, he called it, "imminent danger."

"I was really moved to shut the whole complex down," Jenkins said. "But then I had to think, where are we gonna put all these people?"

Jenkins and Code Enforcement walked through the units last week where he said they found several violations.

According to the Columbia Fire Department, fire alarms were not operational, many fire extinguishers hadn’t been serviced in years, combustible items were found next to water heaters, and many smoke detectors were missing or didn’t work.

One Common Cause also did a walk through of Hampton's unit.  They said they saw leakage, water damage, mold, cockroaches and several other unsafe conditions.

"It is a shame that we have people living in these conditions and it’s bad when you have to get us involved because people won’t do the right thing," Jenkins said. "This is not the only apartment in Columbia that has suffered this way."

CEO of Columbia Housing Authority, Ivory Mathews, told News19 in a statement that, “the property was acquired by new owners in 2020 and is under substantial rehabilitation. One building has been completed and the other buildings are scheduled to complete construction by the end of 2021.”

Mathews said seven families will need to move out of the complex and will receive housing vouchers to move somewhere else so the units can be fixed.

One Common Cause said they’re helping the residents find new, suitable homes and will help them relocate.

News19 reached out to Low Country Townhomes for comment but they declined. We’ve also reached out to the property management company and are waiting to hear back.

Chief Jenkins said the owners have 30 days to comply with the citations he wrote, or they’ll be fined.

He added that if any tenants need help because they're living in unsafe conditions, they should call the Fire Department for an inspection.