As Seen On Tv

Mainers in Bangor take to Union Street hill to sled

After a snowstorm on Saturday, January 2, Mainers took to the hill at Hayford Park in Bangor to go sledding. 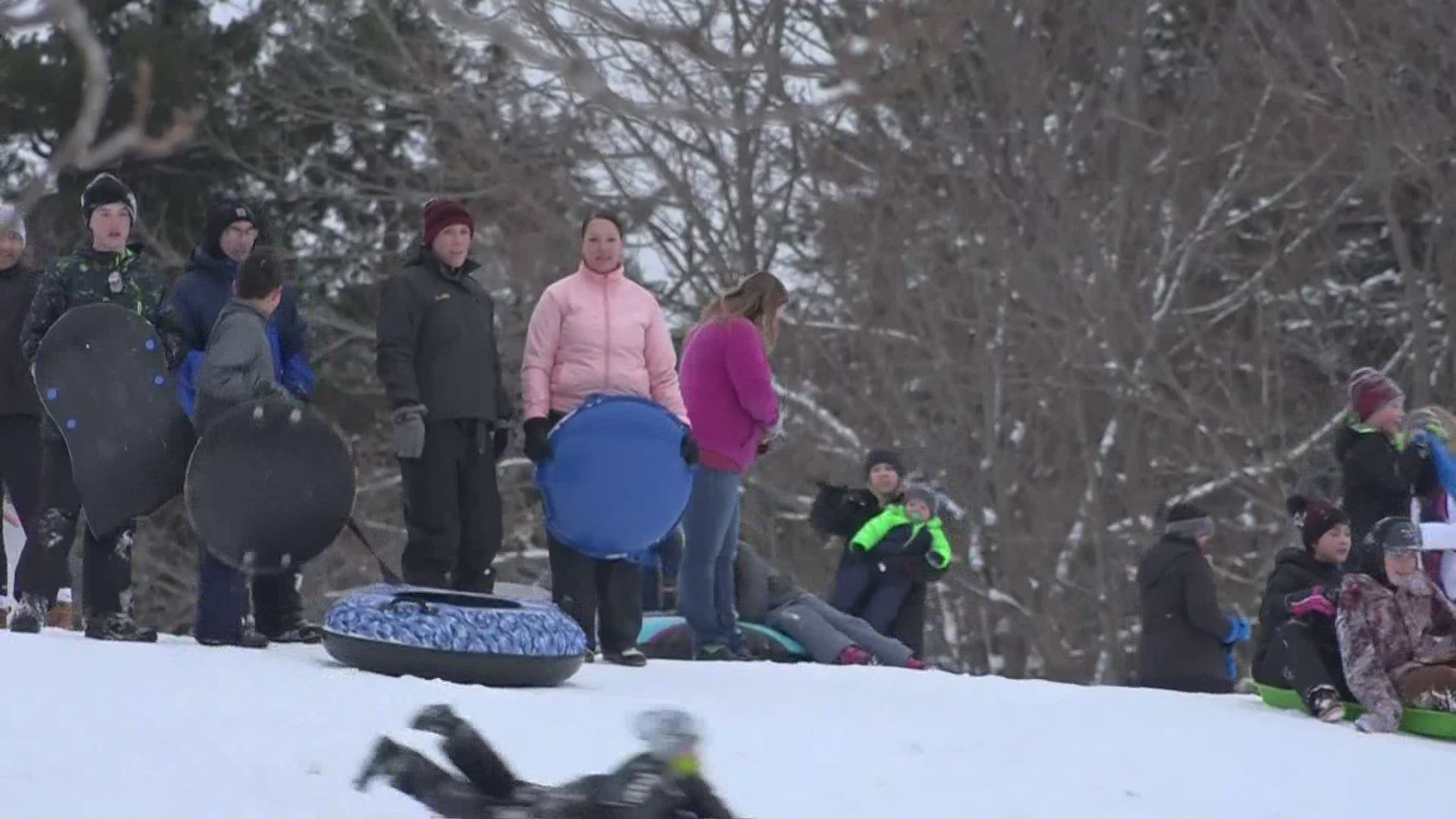 BANGOR, Maine — Even during the pandemic, Mainers know how to get creative and have fun. That was made clear on Sunday, January 3, at Hayford Park on Union Street in Bangor.

After the city's first major snowfall, dozens of people took to the hill by Mansfield Stadium to slide down snowy slopes -- having a blast as a community and staying safe outdoors.

Those participating brought snow tubes, toboggans, and even snowboards. They whizzed past each other in brightly colored gear, laughing and shouting as the afternoon continued.

Patrick H. Crocker was one of the kids on the hill Sunday. He came with his parents and siblings, noting this hill is an ideal one for them to visit.

Did anyone else love sledding growing up? I visited the hill on Union Street at Bangor’s Hayford Park to vicariously take part in the fun today. Tune into @newscentermaine at 6 p.m. for more. pic.twitter.com/RbQ8OAVmYB

"We live not too far from here -- practically just across the small stream," Crocker said excitedly to NEWS CENTER Maine, adding, "It's not in the way of any property. It's big and usually it's not this crowded -- but occasionally...it's very crowded."

People of all ages were sledding down the slopes Sunday, so anyone who lives nearby and wants to try them out should feel welcome to do so. After all, for many Mainers it's important to take advantage of the winter outdoors, especially during days with more than half a foot of freshly fallen snow.