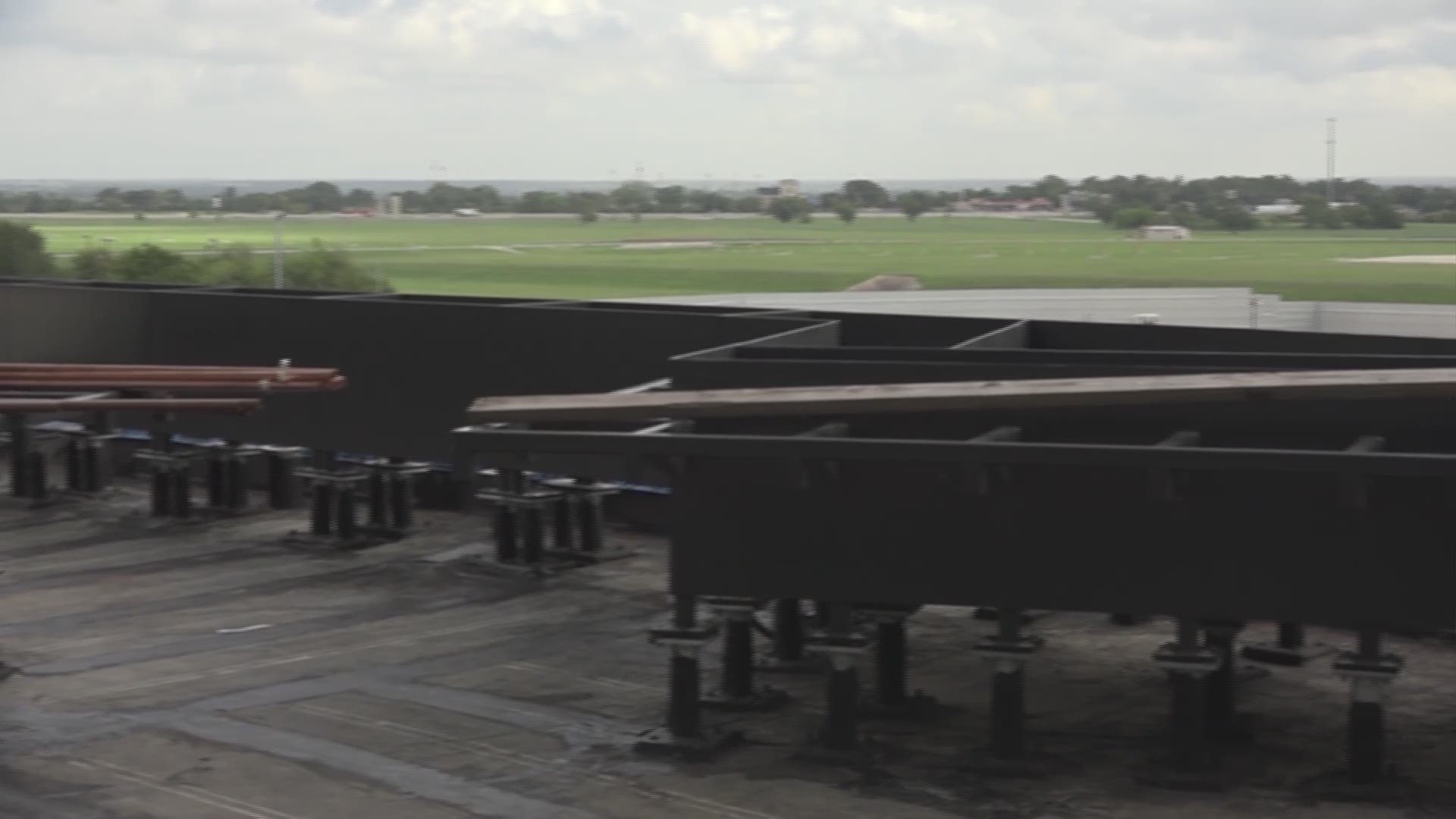 AUSTIN — In the next 20 years, the Austin-Bergstrom International Airport is expected to look a lot different. Imagine the Austin airport with double the amount of parking spaces, gates and even another baggage claim.

The airport revealed its proposed master plan for the next 20 years at a public workshop on Wednesday.

Phase one is expected to take place within the next three years and according to the plan a garage will be torn down and replaced with a new main entrance. A spokesperson for the airport said the new processing center will include new baggage screening, new ticketing and security lines for TSA.

"It's really doubling the size of the airport in this 20-year time horizon," said Lyn Estabrook with Airport Planning and Development at ABIA. "We will have 34 gates when the expansion opens in March and the next expansion will get us an additional 32 gates."

This is phase one of four in the master plan.

At the public workshop, people had an opportunity to look at the proposed changes up close and many are excited for what's to come.

"I'm just excited to see it happening," said Christine Briseno, who attended the event. "It's been a long time coming so that's the best part."

“I really think the plan is well thought out and has had a lot of input and the feedback has been recognized," said Joel Bock, attended event.

The plan also includes personal rapid transit that'll take you from security to the terminal. The airport said this plan is all in response to Austin’s rapid growth and the demand of the region. They said more than 13 million people traveled through the Austin airport last year alone.

If all goes according to plan, everything should be completed by 2040. Airport officials said they'll be presenting this city council on Nov. 1.

But change is happening before then. If you have been to the airport, you know construction has been ongoing for a while now. Next spring, Austin-Bergstrom International Airport will open nine new gates as part of its terminal expansion.

One of the coolest additions is an open-terrace observation deck at the end of the terminal. It provides a grand, sweeping view of the airfield.

"Watch the planes take off and land,” said David Lynch, project manager at Gensler, the design firm overseeing the expansion.

The open-terrace area is one of several features of the airport's expansion.

"It's an added amenity that not a lot of airports have and we just want to be able to say we're special,” said Lyn Estabrook, ABIA planning and development manager.

A spokesperson for the airport said regular security patrols will be extended to the terrace area.

The airport is extending its concourse area as well, with new restaurants like Salvation Pizza, Caffe Medici and 24 Diner. It will be adding charging ports for your phone at every other seat.

"We want to have a space that gives lots of options to the passengers,” said Lynch.

Travelers from international flights will use an elevated walkway to get to customs.

"If you've been to a lot of airports in the U.S., they feel low and tiny,” said Estabrook. “This is just really open, filled with light."

With the expansion, the terminals increase to 34 in total.

"We are growing at a phenomenal rate,” said Estabrook.

Over the past five years, ABIA has had eight percent growth. Officials say the average growth for an airport is two-and-a-half percent.

Airport officials have to look ahead to see where else they can grow.

You can view the airport's plans here. The preferred plan is alternative four.