Although they were found in a Columbia apartment complex, All Things Wild co-owner says they can live anywhere. 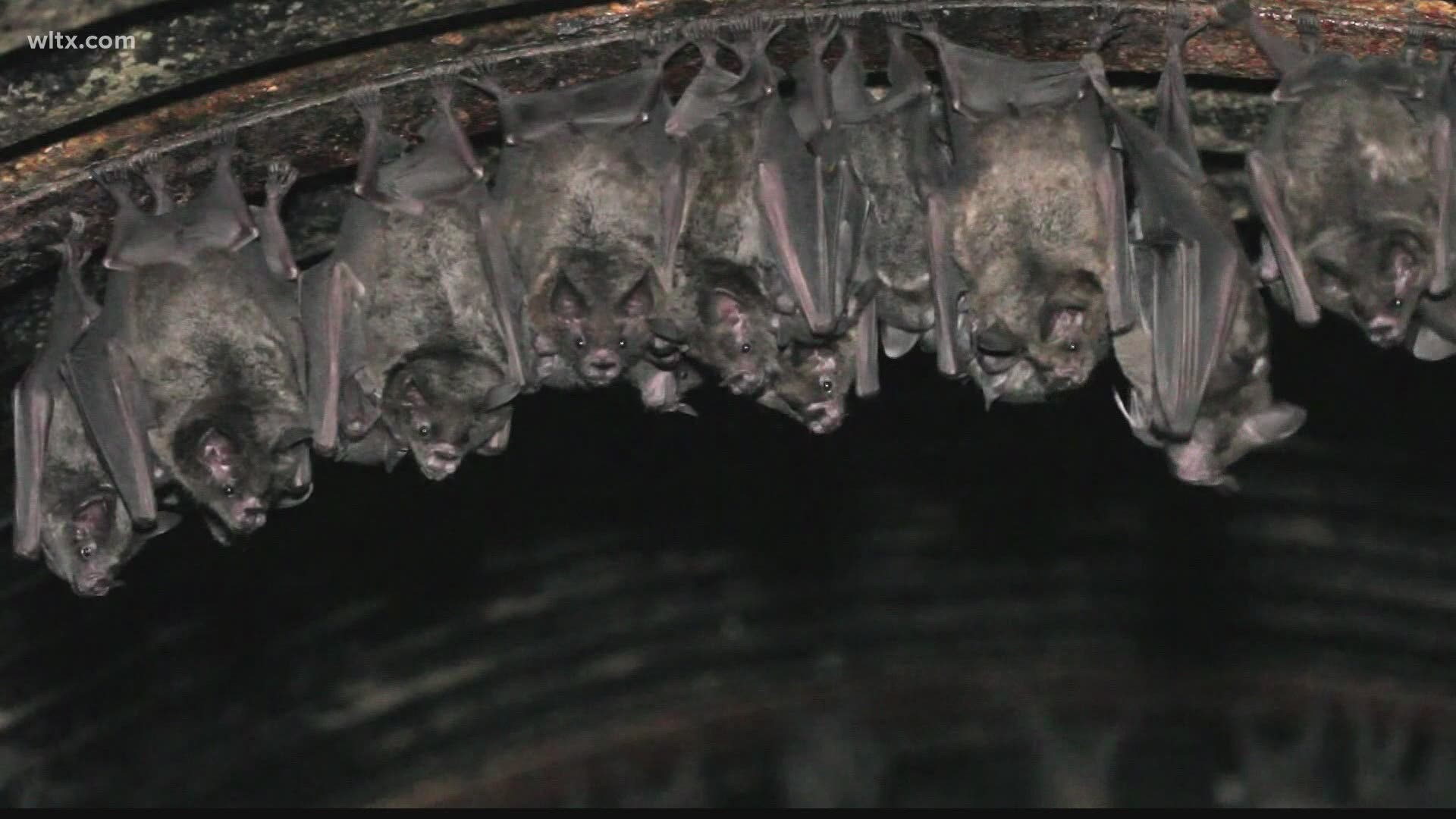 COLUMBIA, S.C. — News 19 spoke with a local pest control company about the process of removing bats and the dangers they could pose after a Columbia mother left her home because bats were getting inside.

"I would say it was a good size colony," said All Things Wild Co-Owner Scott Smith. "It's hard to put a number on it, maybe around to 40 to 100, but it was more than 20 because that wall was pretty live."

All Things Wild is currently removing bats that were found in Dionne Wilkes apartment complex. We spoke with Wilkes Monday, and she describes the ordeal of living with bats.

"I have a son," said Wilkes. "I'm trying to provide him a decent place for him to live. Right now, I feel like I'm not doing that for him, and it's not fair."

We associate bats with living in caves or hollow trees, but Smith says that's not necessarily the case. Although they were found in an apartment complex, Smith says they can live anywhere. Bats find little spaces in buildings and crawl through them to make their home.

"They made that home; they're not lost," explained Smith. "They found a place where they can get out of the weather, and they're not going to leave quietly.

Smith says bats will continue to come back to their newly made home if not properly removed. Removing them starts with inspecting entry points of the building, then placing a device over it before sealing the building.

"We can't kill them, we don't harm, but what we do is build a bat valve or different apparatuses to put over their entry point," said Smith. "It works as a one-way door; it lets them out, then they can get back in. Can they go to the building across the street; yes, they can, and they usually will because they can identify what the house looks like."

The wildlife and pest control co-owner encourages folks not to remove the bats themselves. Rabies and lung disease could be an issue if residents don't handle them immediately.

"They are not going to attack you as you see in the movies, but the guano is a hazard," explained Smith. "If you go in the attic stirring around and breathe in the particles, it can cause a pretty severe infection."