The incident happened as a tanker was delivering gas to the business. 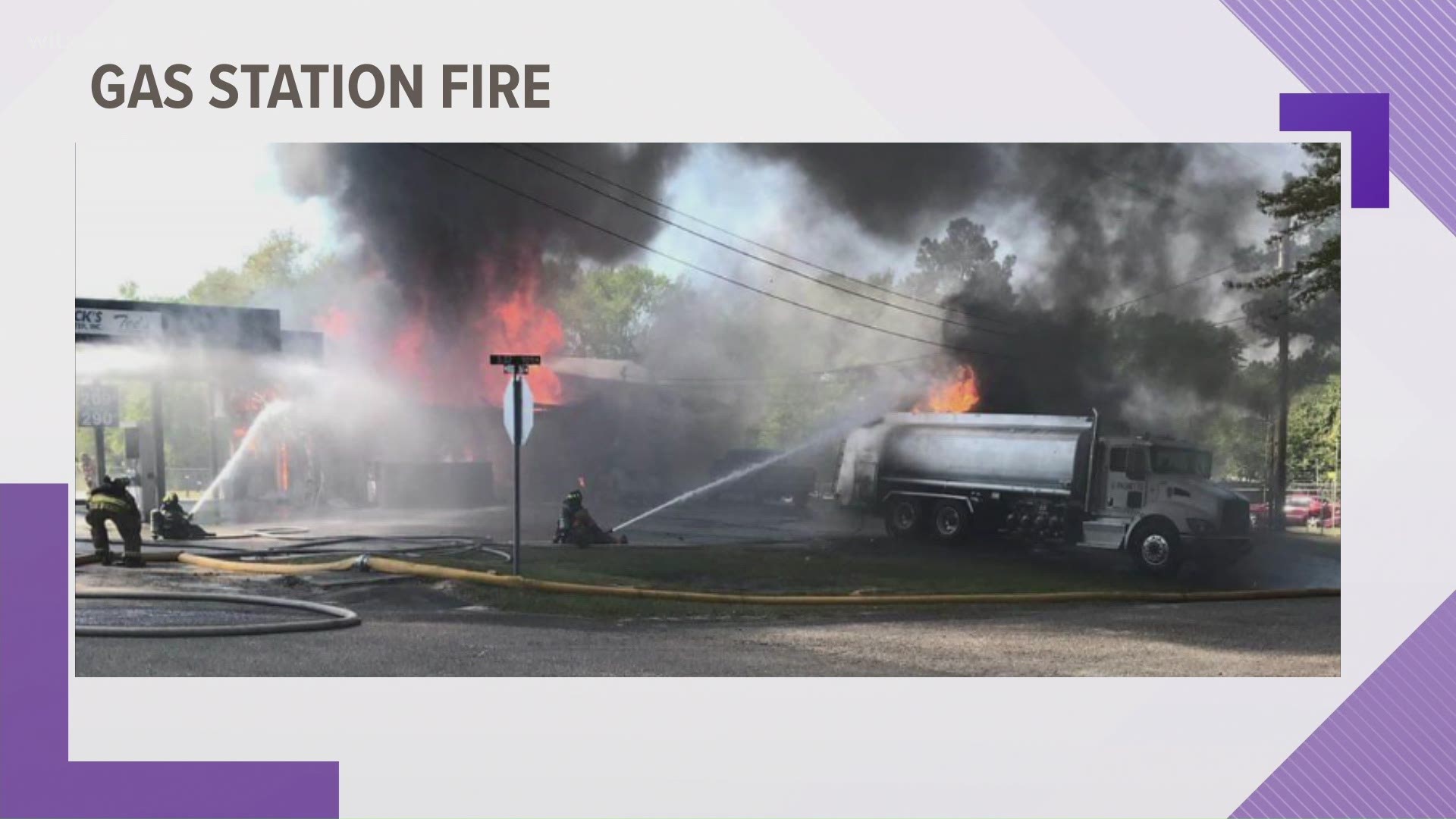 GILBERT, S.C. — A mishap during a fuel delivery at a gas station in Lexington County caused the business to go up in flames Tuesday afternoon.

Firefighters say they got a call of a fire in the 300 block of Broad Street in Gilbert. When they got there, they found the gas station, several cars, and a gas tanker all on fire.

There were no injuries reported.

Firefighters believe the fire was caused when a spark ignited fumes of the gas truck while it was offloading its gas supply at the gas station.

The building was deemed to be a total loss, while four vehicles and the gas tanker were destroyed.