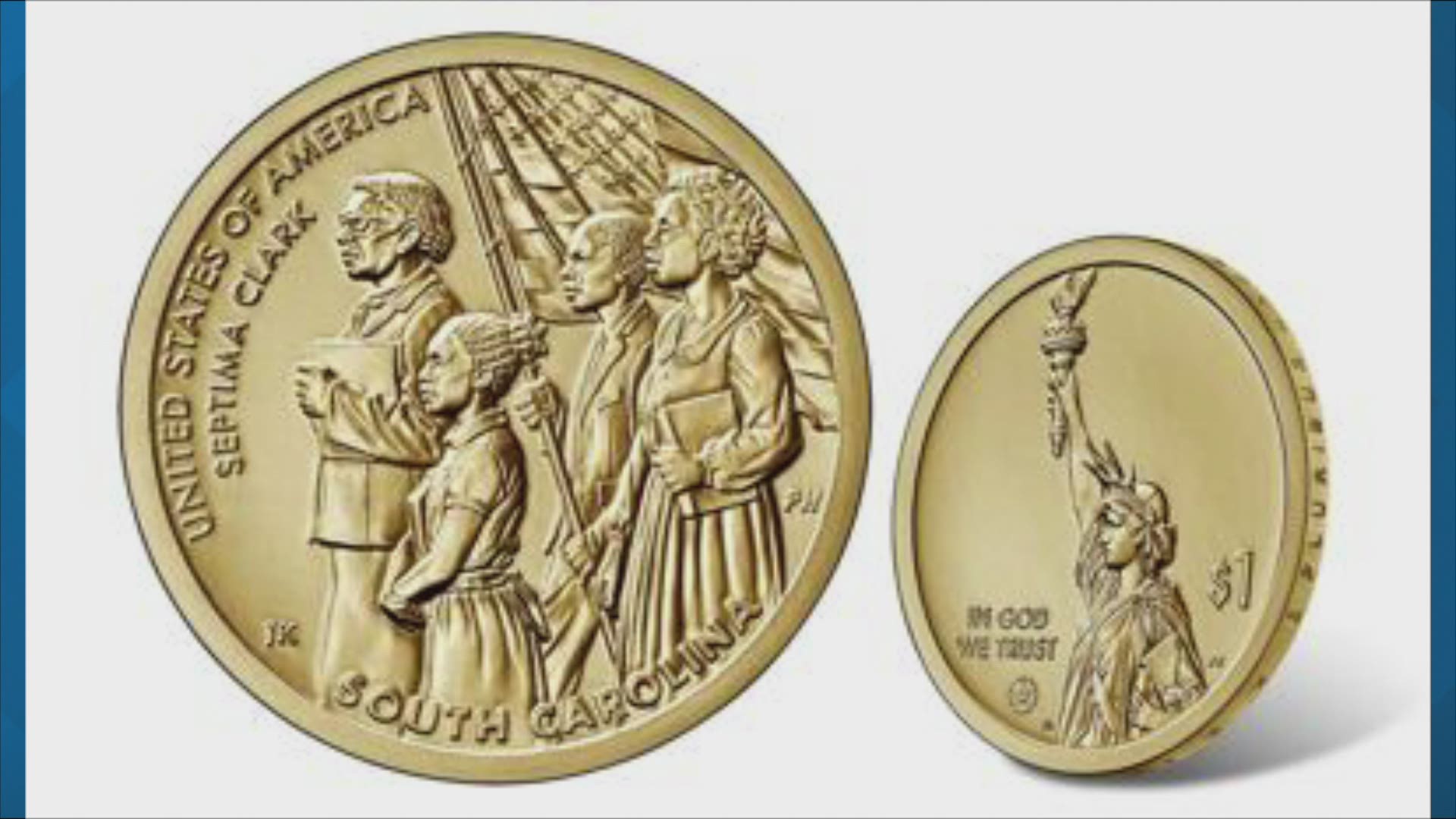 The $1 coin depicts Septima Poinsette Clark marching with three Black students carrying books and an American flag. It illustrates education as the pathway to equality and freedom for Black people in America and highlights Clark as an educator and activist leading the way.

The Clark coin is part of an ongoing series called the American Innovation $1 Coin Program that pays tribute to pioneering individuals and groups and their accomplishments, from all 50 states, the District of Columbia, and U.S. territories. Four coins are made each year through 2032.

american-innovation-1-coins
The new American Innovation $1 Coin Program from the United States Mint symbolizes quintessentially American traits-the willingness to explore, to discover, and to create one's own destiny. The program showcases an innovation, innovator or group of innovators from each State or territory in beautiful uncirculated and proof finishes.

“It’s important for people to know her and to appreciate her legacy. The recognition of Mrs. Clark’s life’s work by the U.S. Mint is a tremendous honor. She is only HBCU graduate honored in the series of coins being produced this year and we are enormously proud to proclaim that she is a Benedict College alumna,” said Dr. Roslyn Clark Artis, President and CEO of Benedict College.

Septima Poinsette Clark graduated from Benedict College on May 26, 1942, with a B.A. degree.