Young people marched to the S.C. State House, getting arrested in what would lead to the landmark case of Edwards v. South Carolina. 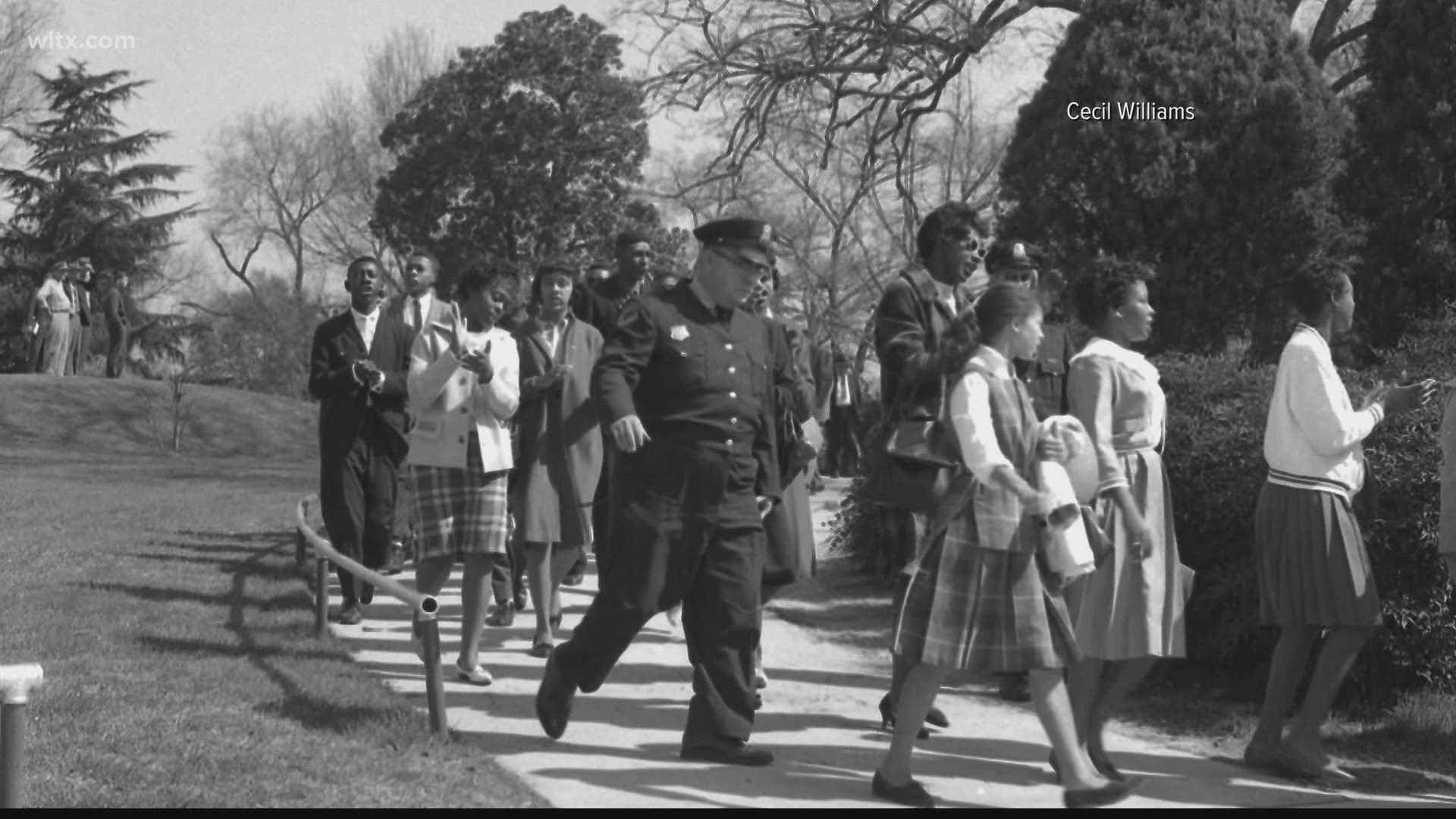 COLUMBIA, S.C. — If the South Carolina State House grounds could talk, it would tell stories of marches and moments like that of March 2, 1961.

Sounds of singing and chants for freedom rang out from the grounds to the streets as young people protested for an end to segregation and an ability to gather peacefully.

Leola Robinson was among the crowd. At the time, she says she was a high school student at a segregated school in Greenville.

“We were not allowed to eat at lunch counters or go to a public library that was filled with all the books we wanted to read that were at the quote unquote negro libraries,” Robinson said. “We wanted to be at the forefront to … try to bring about a change to make South Carolina better.”

So, she joined other young people at the State House in what would lead to the landmark case of Edwards vs. South Carolina.

Dr. Bobby Donaldson, director for the Centers for Civil Rights History and Research at the University of South Carolina, has studied the march and other historical moments in Columbia’s history.

“The State of South Carolina had passed a breach of peace measure in the state that prohibited large gatherings,” Dr. Donaldson said, “and this was done throughout the south designed directly to break up public protests among young people.”

Robinson said, “We felt that our state capitol building belongs to the people and that anytime individuals desired to march on that building, they should have the right to do so.”

So, they sang, and they marched and were given 15 minutes to stay.

“And as they’re singing these songs and marching, they are arrested,” Dr. Donaldson said.

The case would make it all the way to the U.S. Supreme Court before being overturned, “… arguing that the arrest of these young people and their adult advisors was a violation of their first and fourteenth amendments,” Dr. Donaldson said.

According to Donaldson, the case would later be used as precedent to allow other young people to gather in protest around the country.

Robinson, once unable to have her voice heard outside, now represents Greenville County inside the State House.

“I thank God that I’m still here in 2021 and able to be a voice, but there’s still a lot of work that we have to do,” Robinson said.

Dr. Donaldson said Columbia SC 63, for which he is the lead scholar, will be hosting a virtual unveiling of a historical marker at the corner of Gervais and Main on March 2nd in memory of the 60th anniversary of this historic moment in Columbia’s history. Learn more by visiting Columbia SC 63 online.