While concert goers are excited to get out, others say the music is just too loud. 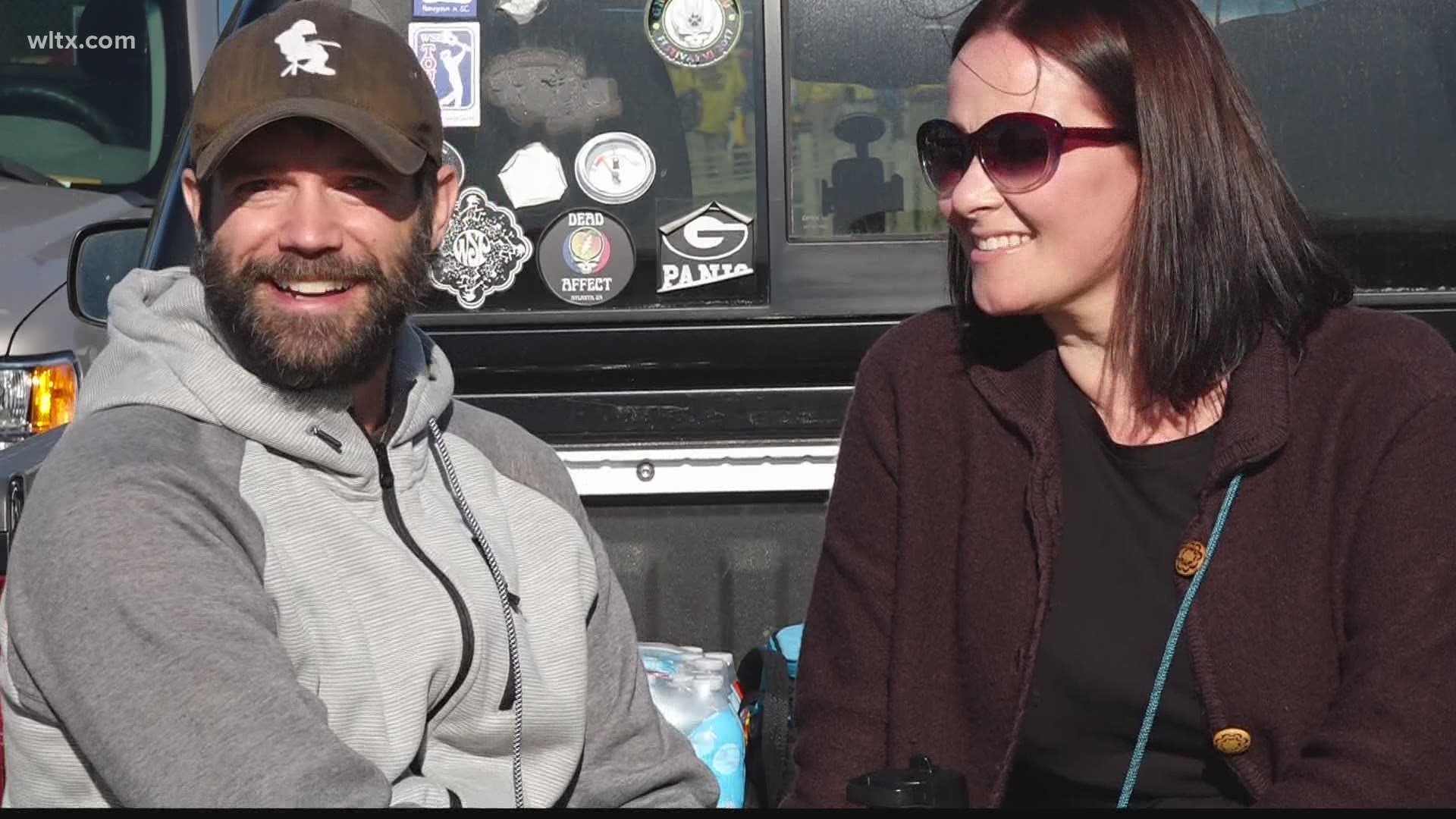 After a year of now concerts, one concert goer said, "There was no way we could miss it without spending a year without it."

Strings is performing four shows at the Speedway.

Another concert goer, Jeff Ketchman says, "We wanted to see some live music. We've been missing it."

Jennifer Combs says she travelled for nine hours from Ohio to see the show. "As long as I stay in my own personal space, I am really not worried," she says.

For Jeff and Jennifer, the excitement of being out was long overdue. "It's great, it's just the release that you need," Jeff said.

Event organizers say concert goers must adhere to CDC guidelines. Adam Epstein says concessions are all ordered online. "Each seating area is a private cove, where between four and eight people can sit in an area ... that keeps them 6 feet apart from every other group around them."

Epstein says, "There is no waiting in line there is no cash transactions, everything is fully contactless."

RELATED: Cola Concerts to open for shows with safety measures in place

Just a few minutes down the road, however, resident Rachel McGovern isn't impressed. She says, "It honestly sounds like your stereo in your house is cranked up as loud as it will go."

She says, "When you're trying to get a baby to sleep and you know you have to be at work at 6 a.m., it is a little frustrating during the work week."

A block over, Darlene Walton embraces the music. She says, "I have lived here for 20 years. "To me it's not disturbing." "We have the privilege of being able to hear it without having to pay at the gate."

According to the city, there is to be no unreasonable noise between 10 p.m. and 7 a.m. Event organizers say the concert will end at 10:15 p.m.

Tickets are available for the Sunday night performance only. Visit the Cola Concerts website for details.