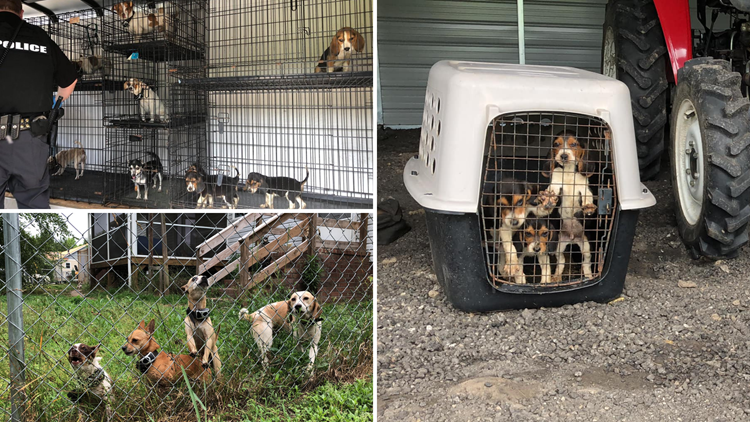 HORRY COUNTY, S.C. — The road to recovery has begun for 30 dogs who became victims in an animal cruelty case discovered in Horry County this week.

Each dog was found completely dehydrated and infected with fleas, but that only scratched the surface of all the diseases these dogs have suffered.

Four dogs tested positive for canine parvovirus, six puppies had lice, several have intestinal parasites and many others had eye issues, ear injuries and heart worms. Three of the dogs were also pregnant.

All 30 dogs were taken from the property Wednesday and given to the Horry County Animal Center, a no-kill shelter. They are still being cared for at the shelter, but aren't ready to be viewed or adopted.

Horry County deputies say 53-year-old Kimberly Schuler is responsible for the poor health of these dogs. She is charged with 18 felony counts of ill treatment of animals and violation of the Horry County dog and cat breeding operations ordinance.

Schuler also faces a possession with intent to distribute cocaine charge after deputies found 8.22 grams of cocaine, a Glock 26 9mm handgun and $52,991 inside her home.

Ronald Moore, 43, is also charged with possession with intent to distribute cocaine.