The 20-year revitalization project is humming along as a new 5-story office building is announced. 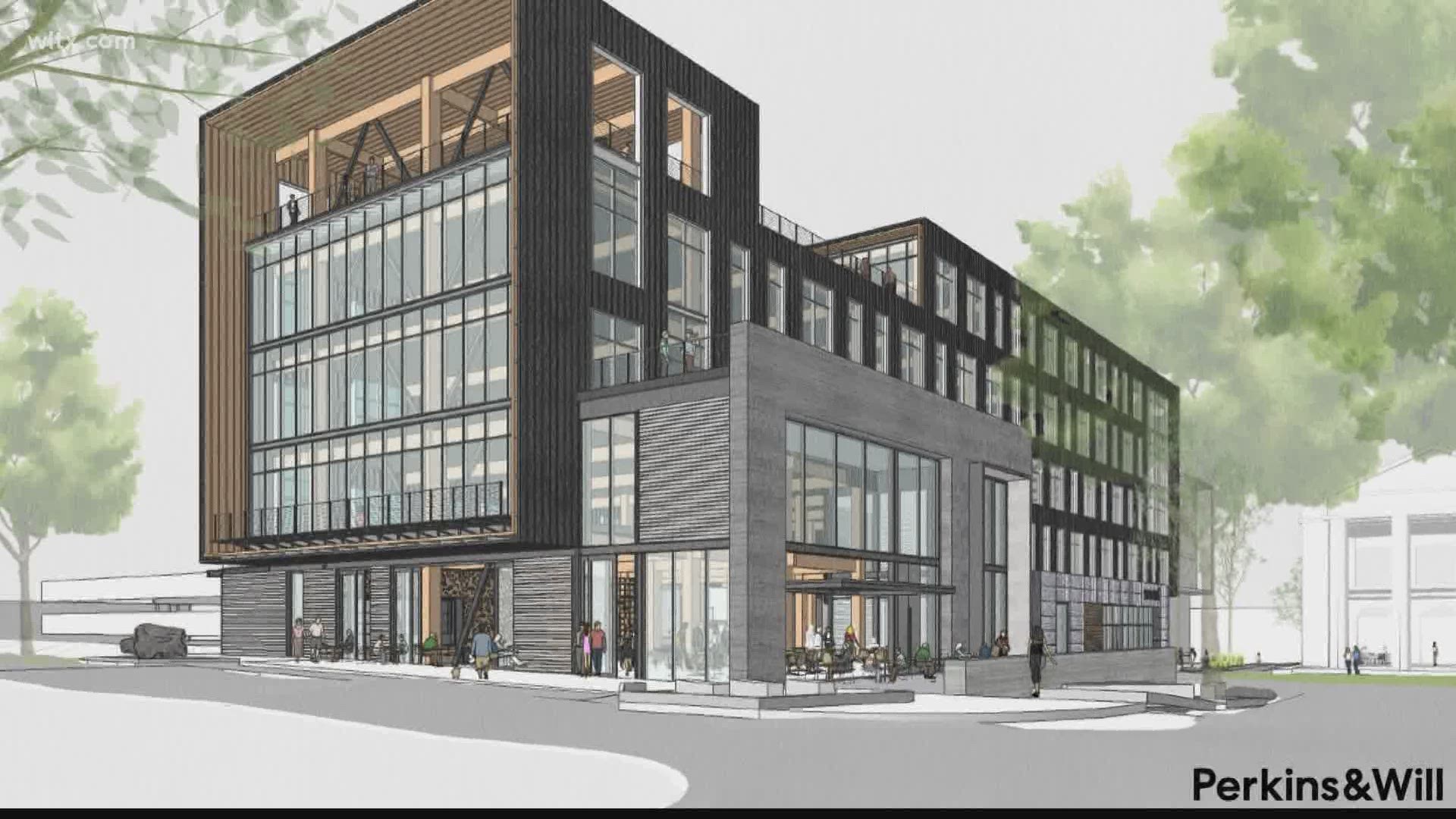 Work will begin in the coming weeks on the WestLawn Building that will sit beside the newly opened REI co-op and the Starbucks that’s set to open in January of 2021.

“We are incredibly excited to announce WestLawn at BullStreet which is our next office and retail building," said Chandler Cox, project manager with Hughes Development Corporation, the Master Developer of BullStreet.

"The vision [for BullStreet] is to be a dense urban neighborhood and a new district within all of Columbia, so this project fits right sort of in the middle between Starbucks and the new REI and Segra Park and the first base building," Cox said. "You’ll see it tucked right there right as you come into BullStreet, really a part of the dense, urban fabric we’re creating here.”

#NewDevelopment: WestLawn — Columbia's first & S.C.'s largest cross-laminated timber building — is coming to #BullStreetSC in 2022. 👏 With retail space on the first floor, there will Class-A office space above, w/ @RobinsonGraySC on the top two floors. pic.twitter.com/TO4L7X4Gu1

The building will be five stories with 75,000 square feet and will be constructed with mass timber, making it environmentally responsible.

“That means we’ll be using as our primary building material wood -- cross-laminated timber," Cox said. "And it's one of the only, if not the only, sustainable building material. Eventually, we’ll run out of concrete and steel but we can always continue to grow wood. So it's been a really exciting project – very new and different for our company and really for the city and the state to do something of this magnitude.”

Robinson Gray Law Firm is already set to occupy the top two floors, including a rooftop terrace. The ground floor will be used for retail and the rest as office space.