'You have to wait maybe two to three hours': Passengers frustrated over bus delays

The COMET says its experiencing hiccups after implementing route changes, causing some routes to run off schedule. 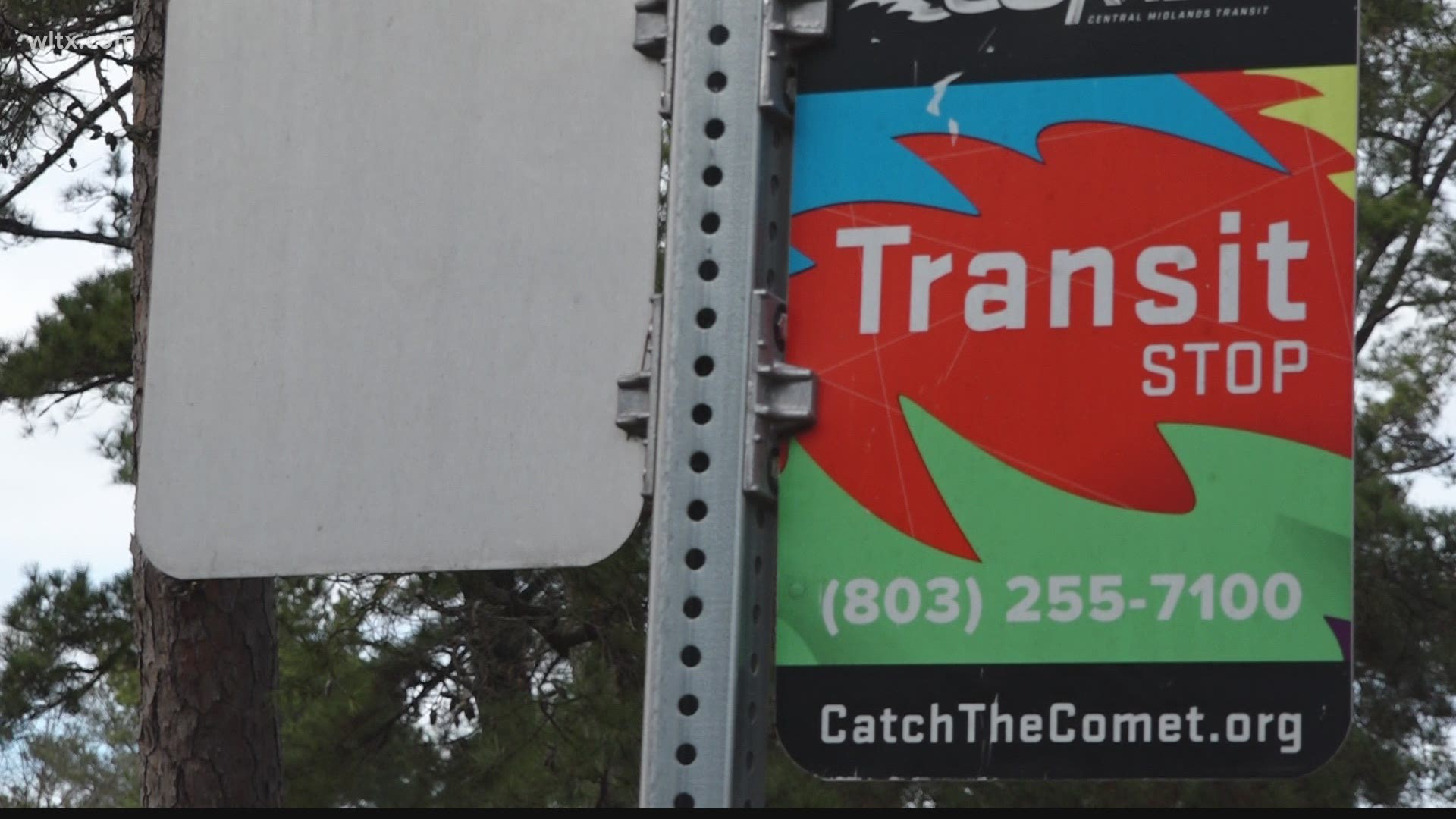 COLUMBIA, S.C. — This week, The COMET issued a statement addressing bus services. In a statement, they said, "We appreciate your patience as we work through this issue and sincerely apologize for the inconvenience that this may have caused."

Passengers, on the other hand, say it's not good enough. "We as passengers depend on the bus," said bus passenger James Halley. "It's my only means of transportation, so I really depend on it." Like Halley, many rely upon the bus service to get around.

"You have to wait maybe two to three hours," Halley said. A veteran, he says he usually catches the 42 bus on the corner of Beltline Boulevard and Plowden Street. "I missed C and P exam through the VA for my disability, and I had a hard time rescheduling."

Halley says since route changes were made, The COMET is frequently late. "As a passenger, you leave home and you don't know when you are going to get home."

The COMET says its experiencing hiccups after implementing route changes, causing some routes to run off schedule.

In a statement The COMET said, "We are aware of the difficulties you may have experienced with The COMET's service delivery recently. We are assertively working to ensure that The COMET buses run reliably, timely and safely."

Meanwhile, passengers like Halley say, "This is going on every day, and it's not getting better, it's getting worse."

The COMET says passengers can use other services, such as blue bike, COMET On The Go, V TRIP, Uber and Lyft.

Bus rider Johnny Dial says ride sharing apps are out of the question. "I don't have the funds for an Uber and a Lyft," Dial said. "That's why I rely on public transportation.

Dial says the service is unpredictable. "Today [Feb.19], I have waited two and half hours for a bus." He says the only way to know when their bus is going to be late is when it doesn't show up.