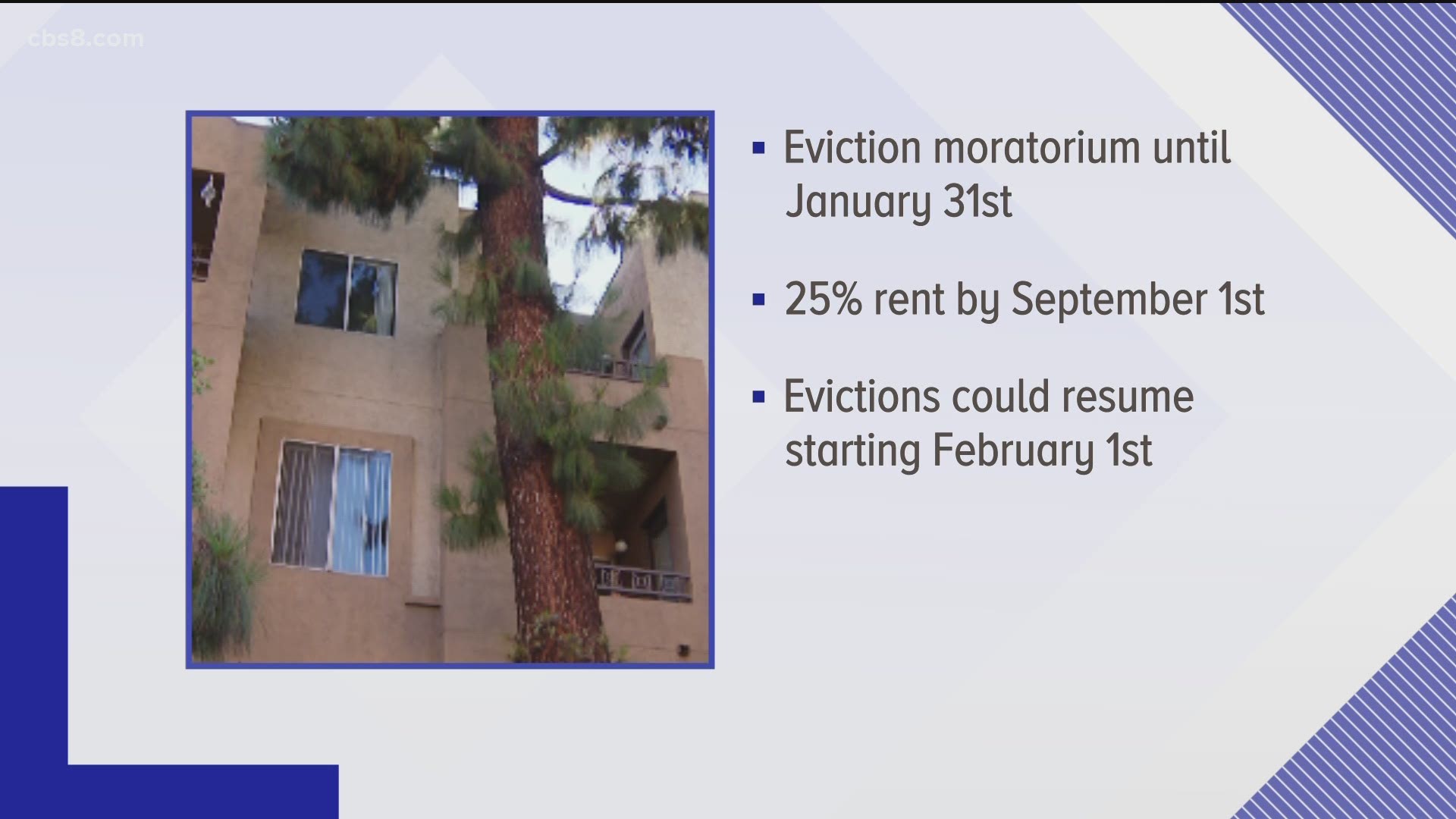 The clock was ticking Monday for California lawmakers to vote on a critical deal extending the state’s eviction moratorium. Monday was the final day of the legislative session and lawmakers had until midnight to vote. Just before 10 p.m., the Assembly voted yes on the extension after the California Senate advanced the bill earlier in the day.

There were 59 votes in favor, nine against and 11 members of the Assembly did not cast a vote.

With rent due Tuesday and the moratorium scheduled to expire both tenants and landlords had a lot at stake.

The deal doesn’t prevent eviction, it pauses it all the way through early next year. But even though it keeps renters from ending up on the street, they still have to pay a portion of their rent going forward.

Maria Ruiz said without intervention from state lawmakers, “we would be out on the street.”

Hundreds of thousands of now jobless renters like Ruiz were facing eviction in California.

"I have been trying my hardest to collect enough money to pay rent,” she said.

Under the legislature’s Tenant and Landlord Relief Act of 2020, tenants can stay in their homes through Jan. 31, 2021, but they need to come up with 25% of their rent between Sept. 1 and that date. Tenants who can’t pay can be evicted starting Feb. 1, 2021.

"Even if you can’t pay that 25% right now you can’t be evicted so that still takes you through the first of the year to try to figure out how to pay or if you can get a job,” said Debra Carlton, a spokesperson with the California Apartment Association.

Her organization calls the act a good-faith measure giving tenants some time to come up with a payment plan. And landlords will be able to collect unpaid payments in small claims court starting in March.

“Let’s just say nobody on either side is happy,” Carlton said.

But she emphasized tenants have 15 days to fill out documents showing they were impacted by COVID-19.

Anyone else in violation of their lease agreement for other reasons could still be evicted as early as next week - a provision landlord groups pushed for.

"What we’re dealing with is repeat offenders that have nothing to do with COVID,” a property manager told News 8.

But cities and counties can still enact new rules to ban evictions in cases unrelated to the pandemic. What local governments cannot do is try to override the new state law.

"This is the law of the land because we’ve had, you know, over 400 different local laws,” said Carlton.