Cameron Cain was hit by oncoming vehicle. He's since had to have multiple surgeries. 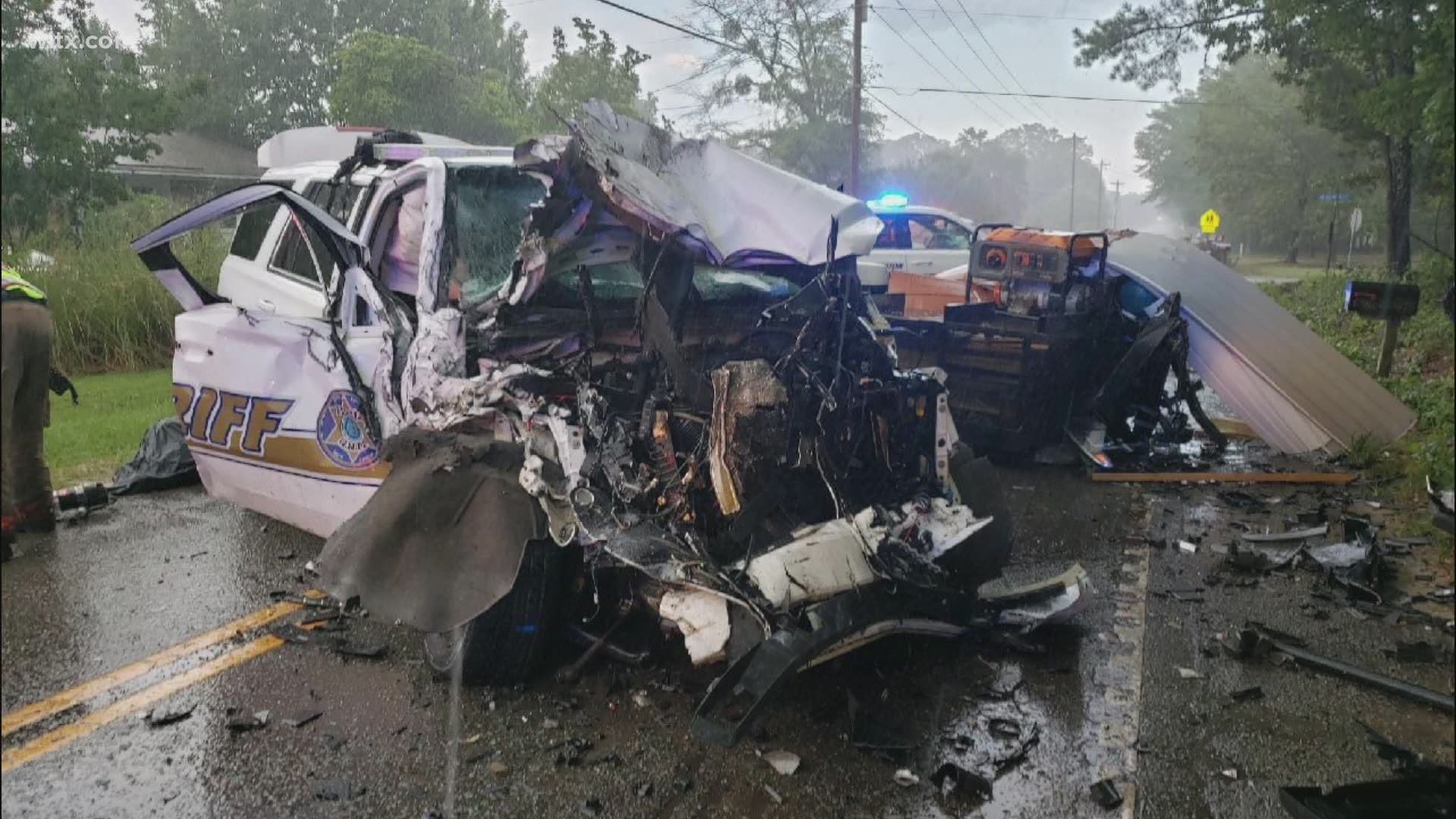 LEXINGTON, S.C. — A Lexington County deputy is recovering after he was seriously injured in a crash while he was in his patrol car.

The group Serve and Connect, a non-profit that supports fostering partnerships between the community and police, says the incident involving Deputy Cameron Cain happened back on July 27.

According to them, Cain was responding to a call of suicidal person. As he was driving to the scene, a car from the oncoming lane crashed into his patrol car along Meadowfield Road.

Serve and Connect said Cain suffered injuries to his neck, head, and face and had to spend a week in the hospital. He had to have several surgeries but is now back home. However, the group says he has a long recovery ahead.

Cain has been with the department since 2016. He's currently a master deputy who patrols the south part of the county.

“I am so grateful that Cameron is going to recover from this accident,” said Jessica, Deputy Cain’s wife, in a statement. “The gratitude is overwhelming. There has been so much support from Lexington County Sheriff’s Department, over wives, family and friends. From the bottom of my heart, thank you.”

Serve & Connect has established a fund to support Deputy Cain and his family, assisting with his recovery and any unexpected costs

“Serve & Connect is honored to serve those who serve us such as Deputy Cain and his family. We are proud to facilitate this fundraiser and provide a way for those who know and love Cameron and the community to support him as he recovers,” said Kassy Alia Ray, founder & CEO of Serve & Connect.