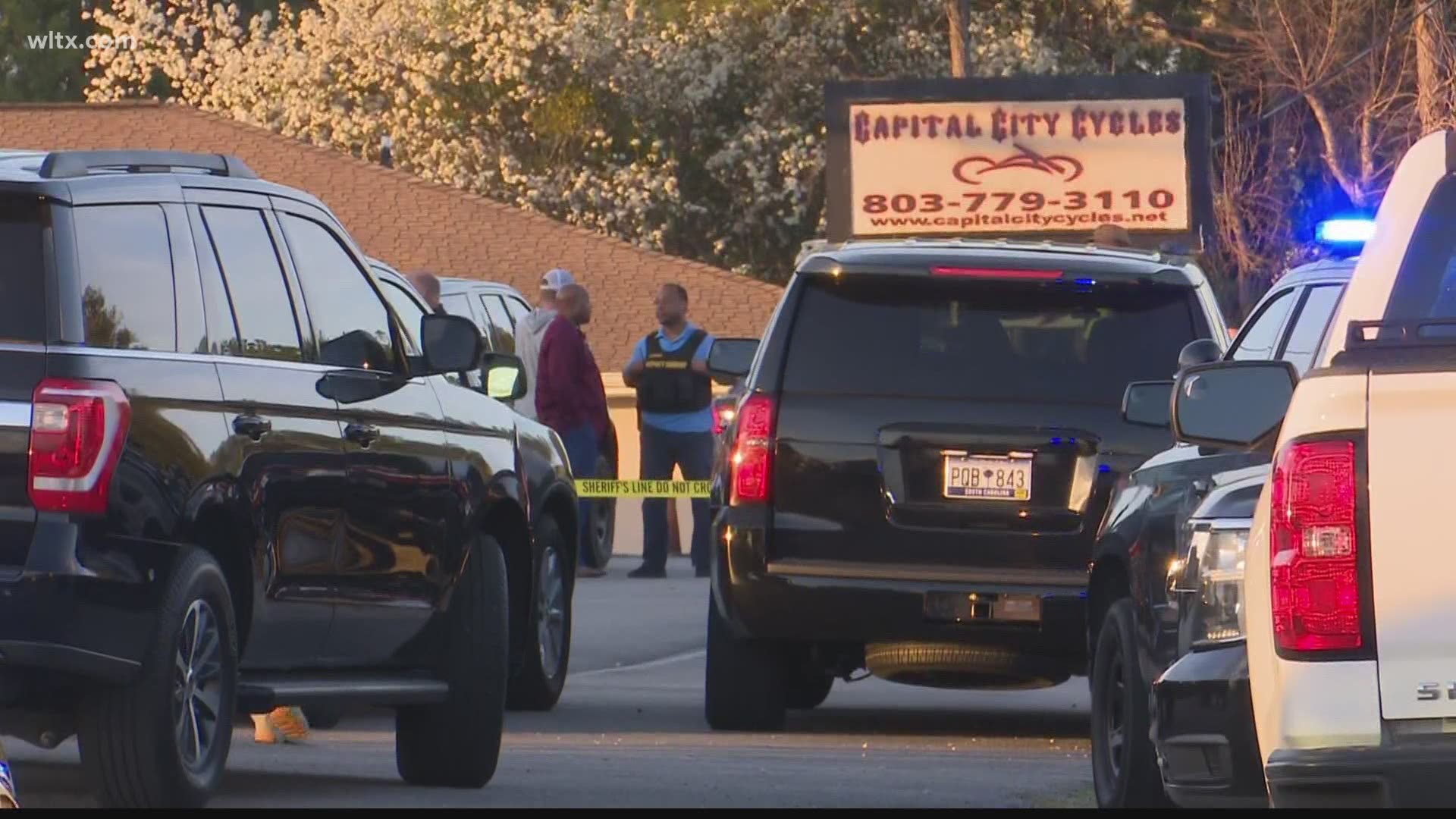 COLUMBIA, S.C. — Richland County deputies say one person is dead and four others are injured following on the scene of a shooting outside a Columbia motorcycle business.

Officers say around 4 p.m. Thursday they got a call of shots fired outside the place. When they arrived, they found five victims, one of whom died.

The other four victims were taken to the hospital for treatment. It's unclear how severe their injuries are.

No arrests have been made yet.

Deputies said they're still gathering information, including what led up to the shooting and the connection between the victims, but they're calling the incident 'isolated' and say there's no danger to the broader community.

They're also investigating the connection between the victims, and would not address if there was any gang involvement.

Anyone with information should call Crimestoppers at 1-888-CRIME-SC.