NORFOLK, Virginia — A sinkhole opened up in Norfolk Monday morning, trapping a car and flooding a street in the Bay View community.

Norfolk dispatchers say the hole opened up on Fishermans Road and Quincy Street in Norfolk.

Norfolk Police are at the scene now and Public Utilities crews are on the way there.

Officials said a sinkhole opened up after a pipe from 1945 broke underground. IT then caused flooding and a car to fall in.

The driver of the car that was stuck in the sinkhole was able to escape safely.

This is a developing story. 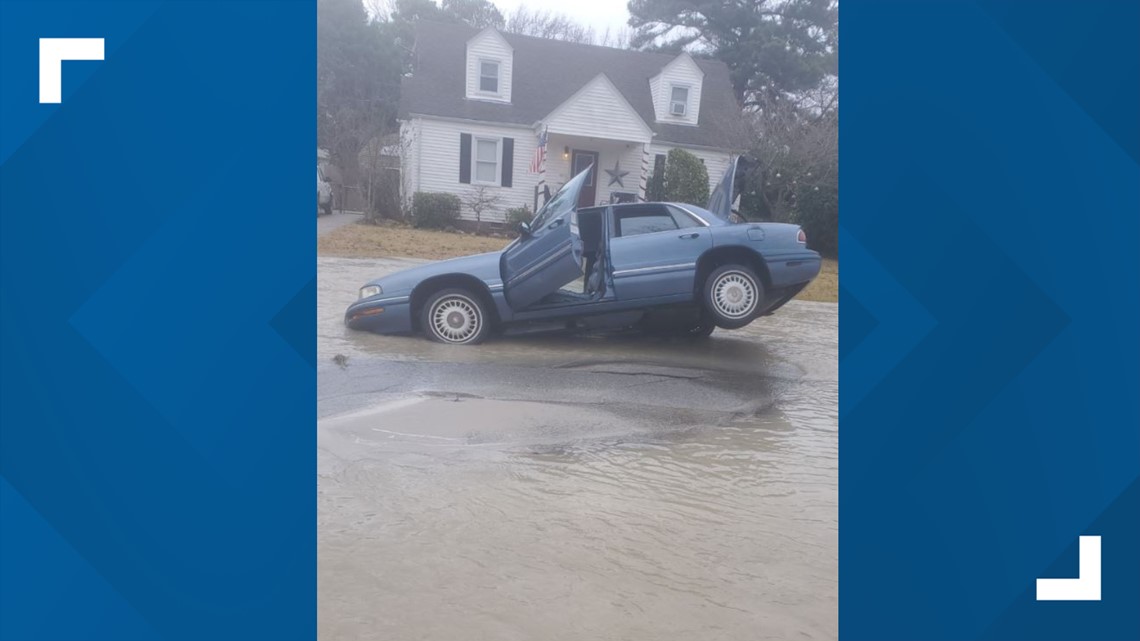