A student made a threat to shoot up the school, deputies say, and also posted racist videos online. 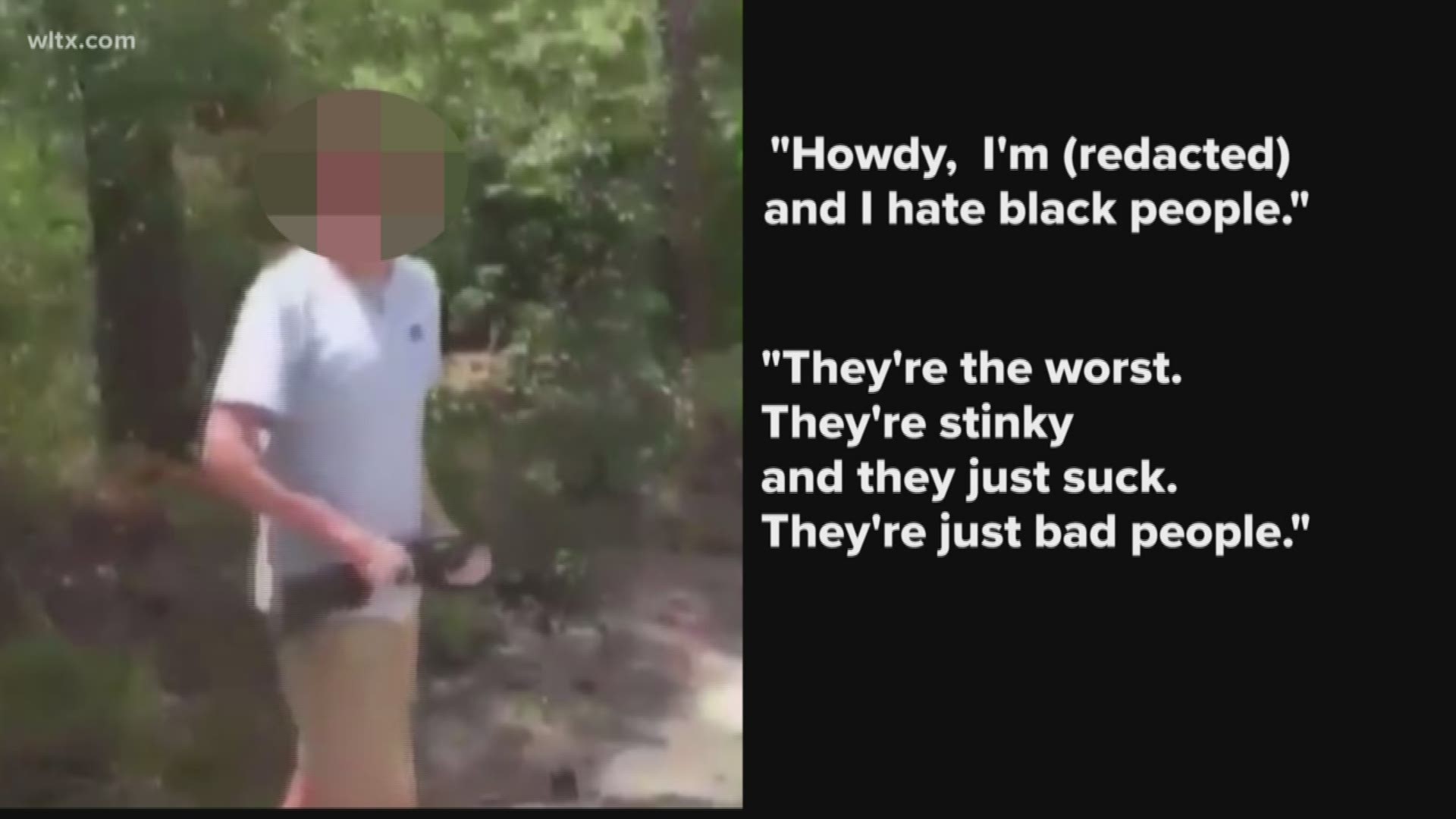 Cardinal Newman school is apologizing to parents, saying it should have notified them earlier about a violent threat made against the school and racist videos involving a now former student.

News19 obtained a letter written Monday to parents by Robert Loia, the principal at the private school in Columbia. He said since Sunday, he's heard feedback from parents about the "pain and anxiety" the videos caused.

"I realize now I should have communicated with you immediately when I learned a violent threat had been made against our school community," he wrote. "For this, I take responsibility and offer my heartfelt apology. It is my hope I can earn back your trust."

On Friday, News19 first learned about the incident that involved a 16-year-old male student at Cardinal Newman. A report from the Richland County Sheriff's Department revealed a list of disturbing actions by the student that dated back to mid-May.

Administrators eventually discovered in July a group text with multiple videos of the student making racist comments and pretending to shoot black people. Officials say the student used a real gun to shoot a box of basketball shoes because in his words, he quote "hates n-words and they are stinky." (Videos apparently showing these incidents have gone viral on social media.)

When the school saw the videos, he was told on July 15 he was being expelled, but he was allowed to withdraw from the school. He was also banned from campus grounds.

On July 17, however, another video came to light that deputies say showed him threatening to 'shoot up the school.'  On July 17, deputies arrested the student for making the threat.

However, a note was not sent to parents at the time. It's believed many were not aware until August 2, when a letter was sent home and media reports began circulating. The Richland County Sheriff Department's public information office said Monday it did not notify the public of the arrest because "the threat in this case was historical, was neutralized with an arrest, and posed no immediate threat to the students of Cardinal Newman.

Loia says he's working on a plan to enhance safety at the school, as well as address "the issue of prejudice, racism, and diversity." He said it will include parent involvement.

The school is also planning to have a town hall meeting with parents Thursday.