Parents say they met with the principal of Cardinal Newman School to talk about their concerns and how the school handled the situation. 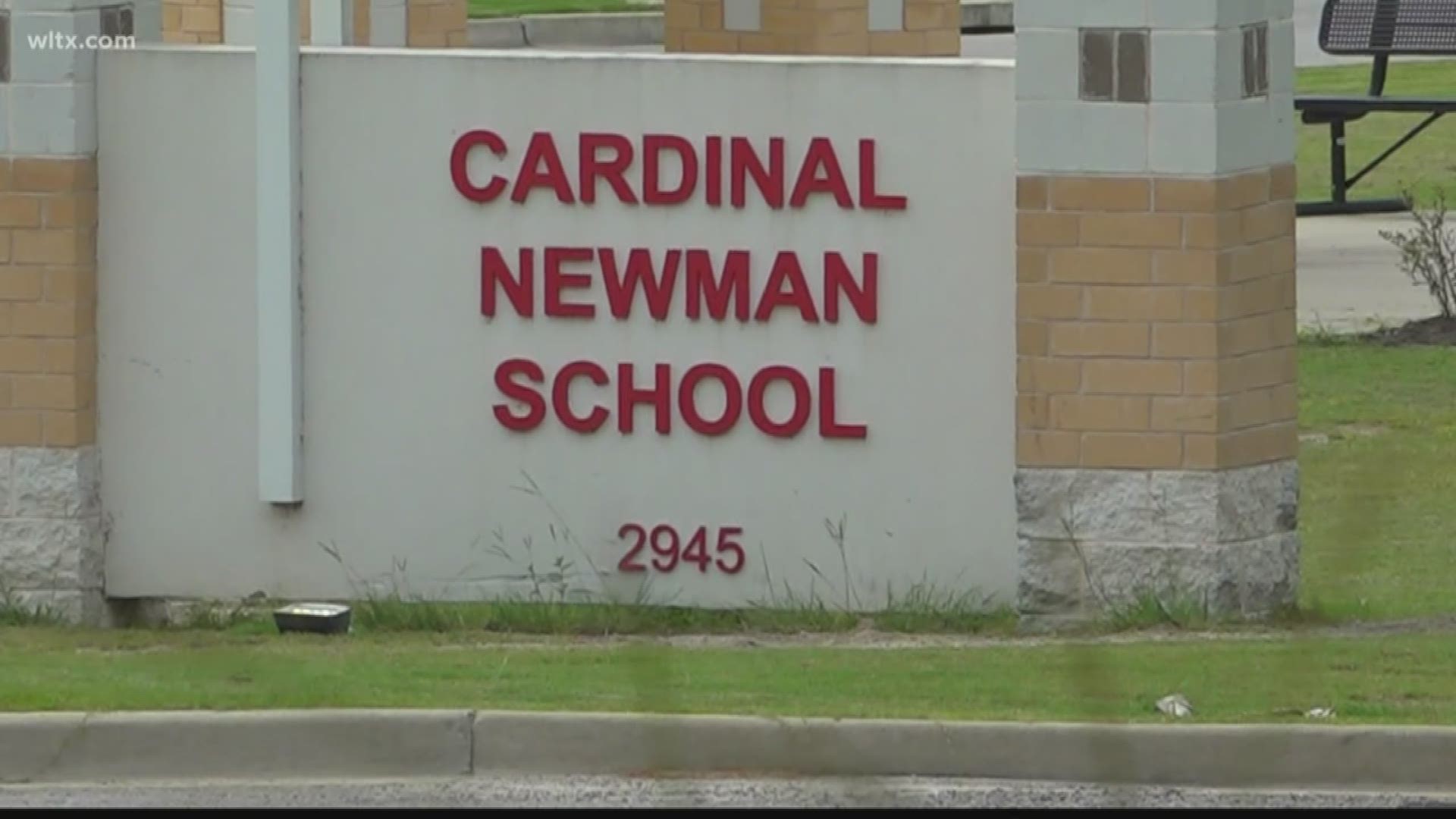 COLUMBIA, S.C. — Parents of Cardinal Newman School are now reacting after racists videos of a now former student at the school have gone viral.

On Sunday, News 19 obtained multiple letters sent to students and faculty by the school's principal, Robert Loia, outlining the timeline leading up to the charge and expulsion of the student.

An incident report from the Richland County Sheriff's Department revealed a list of disturbing actions by one student dating back to mid-May that were eventually brought to the attention of school officials. Administrators discovered a group text with multiple videos of the student making racist comments and pretending to shoot black people. Officials say the student used a real gun to shoot a box of basketball shoes, used a racial slur, and said, "they are stinky."

Two days after the student's expulsion investigators say they found more videos and texts from the young man saying he was on his way to shoot up the school. The text also had a video of the boy shooting a long gun. Officials added the student also used what appeared to be an automatic rifle and a shotgun in his videos.

Loia writes that staff first became aware of the threat on Saturday, July 13 when a parent reached out to the school after their student was included on a group text message that contained racist videos.

"We contacted the Richland County Sheriff's Department about the videos that evening," Loia writes.

Two days later, after interviewing students who had received the videos, school officials met with the parents of the teen who appeared in the threatening films and informed them that their son, who has not been named because of his age, would be expelled.

Instead, the family chose to withdraw him. Still, school leaders made clear that the student was "banned from school property."

Devlon Porter, a parent of a student at Cardinal Newman, is shocked after watching racist videos from a now former student at the school. He says he can't stop thinking about what could have happened to his son.

"Just the thought of him being killed in a mass shooting had me very disturbed,” said Porter. “Any one of these days could have been his last if that student would have come up here and executed his plan.”

Porter says his never expected this being a problem at his school.

"He's never seen any signs of any kinds of racism or anything like that. This is something that comes as a definite shock to him,” explained Porter. "He's pretty disturbed about it. Pretty traumatized and he feels uncomfortable being around people that he really doesn't know how they feel. It's kind of a discomforting feeling."

On Monday, parents say they had a meeting with the principal to talk about their concerns and find more answers.

"I actually left the meeting a little more confused than I was when I went in. We went in looking for answers and we were left with more unanswered questions."

In the two-hour meeting, Porter felt like the school wasn't being completely transparent. He believes parents should have been informed sooner and the situation needs to be taken more seriously.

"The principal actually stated that he didn't feel that there was any danger to the Cardinal Newman community and that the problem had been neutralized. How he did that, I do not know," said Porter. "Dylan Roof made the same kind of videos prior to his shooting. Said the exact same types of things and we see what happened there. Why should we sleep on this?"

A number of parents voiced concerns about why they weren't contacted about these events sooner.

According to Loia, school leaders felt the threat had been "neutralized" and didn't want to compromise any ongoing investigation.

"If, while all these events were unfolding, the school leadership team and/or diocesan officials believed the school community was in danger, we would have immediately communicated with you," Loia writes.

Other parents at the school who didn't want to go on camera say they feel Cardinal Newman has handled this situation appropriately. They believe the administration did the right thing by notifying police the day they found out about it and banning the student from the property.

Porter still believes Cardinal Newman is a great school but everyone needs to figure out how to move forward from here.

"Be transparent in the future so that we can move forward together and solve this issue. We definitely want you to be more open and not hold secrets from us that could endanger our children's lives."

The school plans on holding a town hall meeting on Thursday night at 7 pm in the school’s auditorium. Deputies with the Richland County Sheriff’s Department will be there as well.