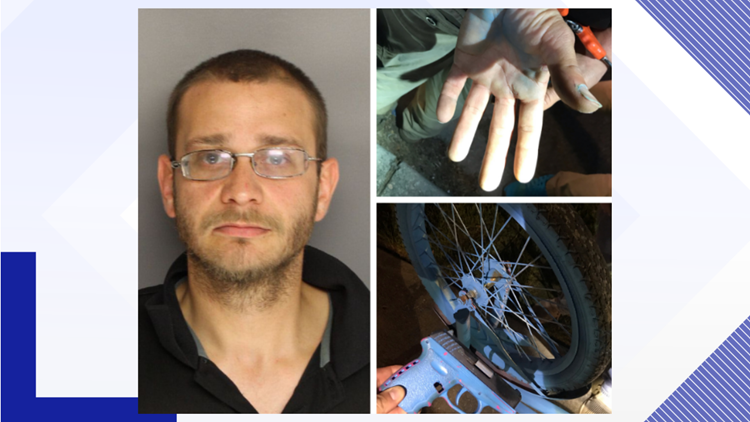 BERKELEY COUNTY, S.C. — A man with a bike would seem innocent to most, but deputies say the bike's recent paint job tipped them off.

Berkeley County deputies first came across the suspect, 30-year-old Ronald Lee Bowers II, as he walked with a bookbag Wednesday night. Thirty minutes later, he had a bike that was spray-painted blue — tires and all.

Deputies say this is typical with stolen bikes, so they stopped to talk with him, but he became "overly" nervous.

"We know you all have heard the term caught red handed... but what about being caught blue handed?" the sheriff's office said in a Facebook post.

A pat-down revealed a meth pipe, while deputies found meth and a 9 mm semi-automatic pistol in his bookbag.

Bowers was charged with possession of meth and unlawful carry of a firearm.