The city says they've received several grants to help bring in several murals and to create an art lot including sculptures and activation space. 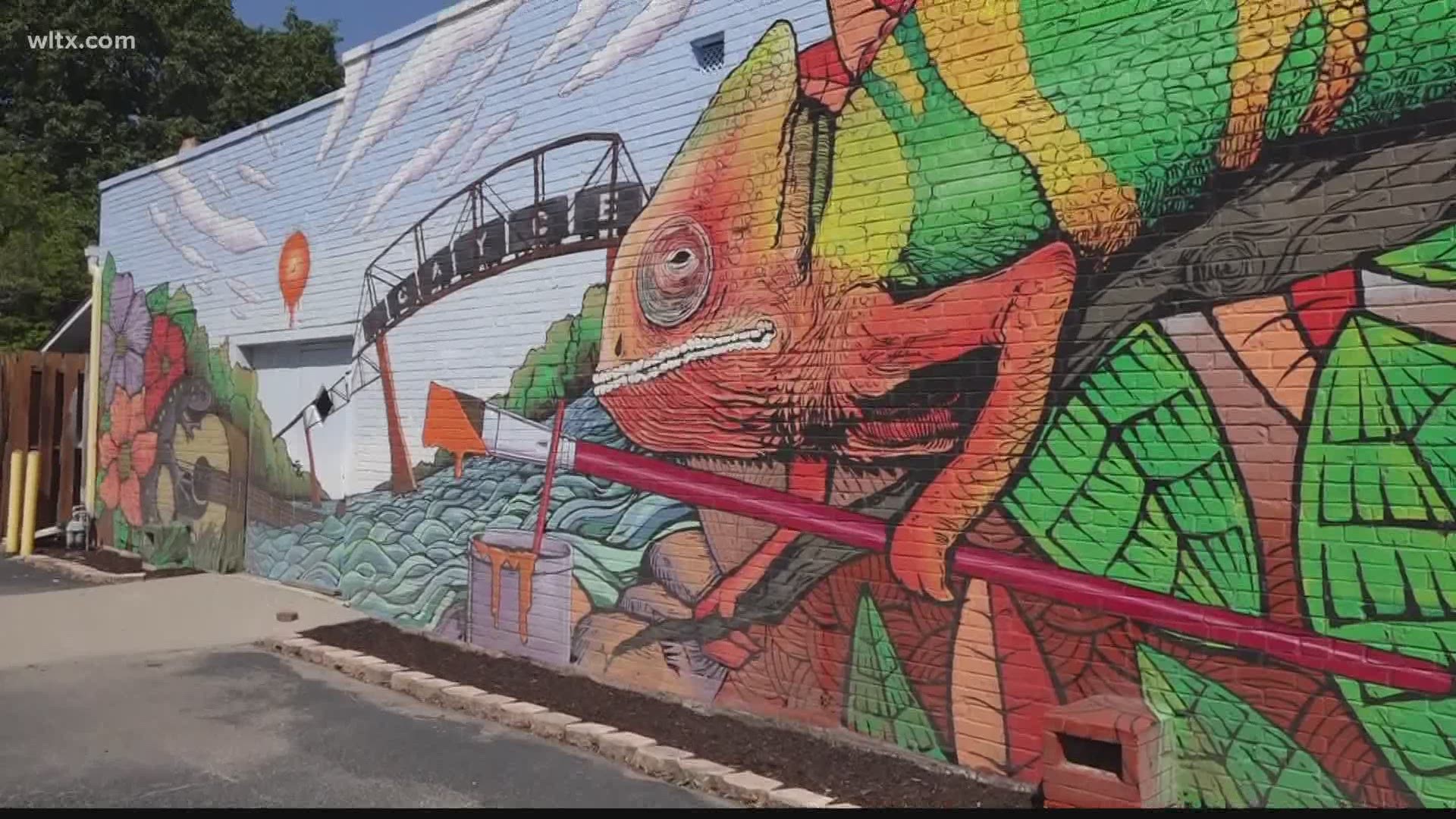 CAYCE, S.C. — On Friday, the City of Cayce held a media day to showcase what the Cayce River Arts District has to offer. The area is known as 'The original heart of Cayce.'

City Hall, the William J. Cayce Store and other businesses used to be located off State Street..

"Everything that we're going to show you is so low-costs, but replicable for other cities and towns," said City of Cayce Mayor Elise Partin. "We're really excited about what's happening here."

For the past few decades, the area has been mostly vacant, minus Henry's Restaurant & Bar.

The city decided to talk with businesses owners to help revitalize the area to help bring it back to life.

"In 2015, I was invited to participate in the mayor's institute for city design," said Mayor Partin. "That is a collaboration of the US Conference of Mayors, the National Endowment for the Arts and the American Institute of Architects. At no costs to our city, I got to join seven other mayors from across the nation and bring an opportunity or challenge for our city."

RELATED: New mural added to the 'original heart' of Cayce

While talking with other mayors, she learned the term previtalization, calling it, "the art of what's possible." Mayor Partin went back with the idea of having a street party with showcasing artists work inside some of the buildings in the district.

In 2017, the Soirée on State helped bring 1,500 people to the Cayce River Arts District.

After the event some businesses started setting up shop in the area.

"We're getting such great energy and interest in this area because of the focus on previtalization and helping people to see the art of what's possible," said Mayor Partin.

Stan Scoma, Co-owner of Piecewise Coffee, is one of several businesses owners to come to the Cayce River Arts District within the last couple of years.

"When we located here, we would go on a lot of walks down to the Riverwalk and we fell in love with this space, the charm of this whole town, downtown area," said Scoma.

Jayson Busbee, the owner of Dialed Bicycles Repair Service, even opened his doors during the pandemic.

"Just to see the changes in this part of town within the last year have been amazing," explained Busbee. "The murals that have come up, the other businesses popping up and just since I've been here, the amount of people that have stopped in looking to find places in the area to rent for businesses have been really large."

RELATED: Construction is set to begin on a mixed-use development off I-77 in Cayce

The city says they've received several grants to help bring in several murals and to create an art lot including sculptures and activation space.

Many of the artists say history and discussions with people in the community helped inspire their pieces.

"Just so many things that you can do here," said Ija Charles, who painted the mural off of Railroad Avenue. "The history behind it was just my favorite part and it just brings homage to the fact that Cayce is a great place to be."

More art could be headed its way to the district. The city has received a new Connected Communities grant to help bring more vibrancy to the river arts district.