Dozens of seniors living at Generations of Chapin Assistant Living are on the hunt for pen pals during the COVID-19 pandemic. 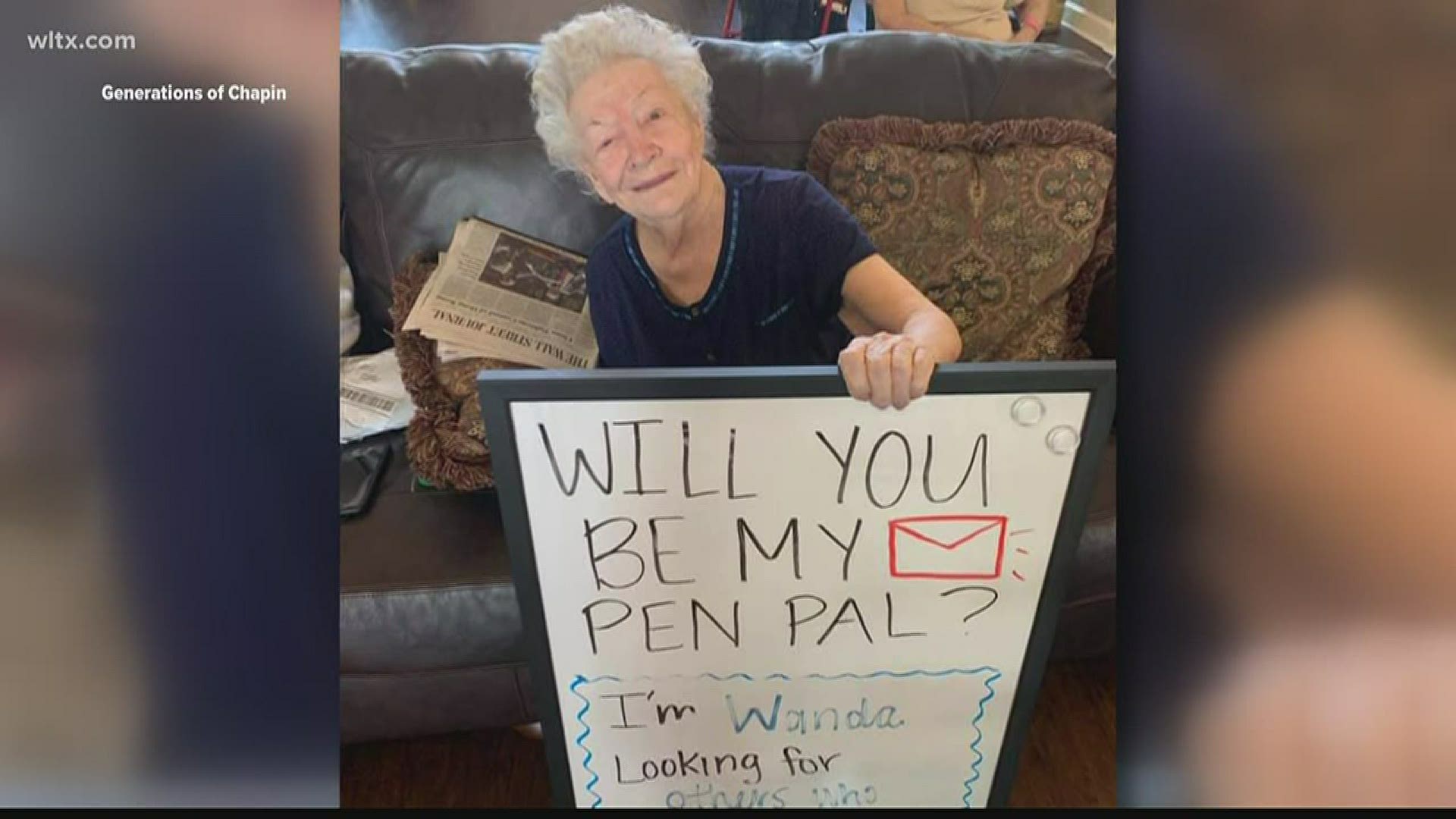 CHAPIN, S.C. — COVID-19 has kept many from seeing their families, and some Midlands seniors are hoping for a different kind of connection through an old fashion letter.

"Too many letters isn't a bad thing, they love all the letters they can get," Generations of Chapin Assistant Living Administration Assistant Mary-Mac Richardson said.

Dozens of seniors living at Generations of Chapin Assistant Living are looking for people to be their pen pals.

"We started small just with a few to see how it would go," Richardson said.

In late June Richardson, took to Facebook posting pictures of residents with a sign asking, 'will you be my pen pal?'

"We thought it would just go local, some people around Chapin could just send some letters telling them they are thinking about our residents during this hard time since they can't have visitors, and then now it has completely blown up which we are very thankful for," Richardson said.

Richardson said many of the seniors have been struggling during the pandemic because they haven't been able to see their families or loved ones in months.

Now she is hopeful a letter in the mail with some kind words can lift their spirits.

"Some are Clemson fans, some are South Carolina fans," Richardson said. "We've had a lot of people reach out to those two specifically, but then some are readers."

Ms. Mary Lou is looking for fellow music lovers, and Mr. Bill would love to talk to other army veterans- but really they just want to know people are thinking of them.

"These residents here at the faculty are like my family. I love them all so much and it's just they see our faces everyday and I can't wait for the day they can see their family one-on-one and not through a window and be able to hug them," Richardson said.

If you are interested in becoming a pen pal you can send a letter to:

And make sure to put your pen pals name on the envelope.