Jacqueline thought it was a normal day at work when all of a sudden, a driver handed her a package that told her she just won a scholarship! She had been saving up to attend pharmacy school. 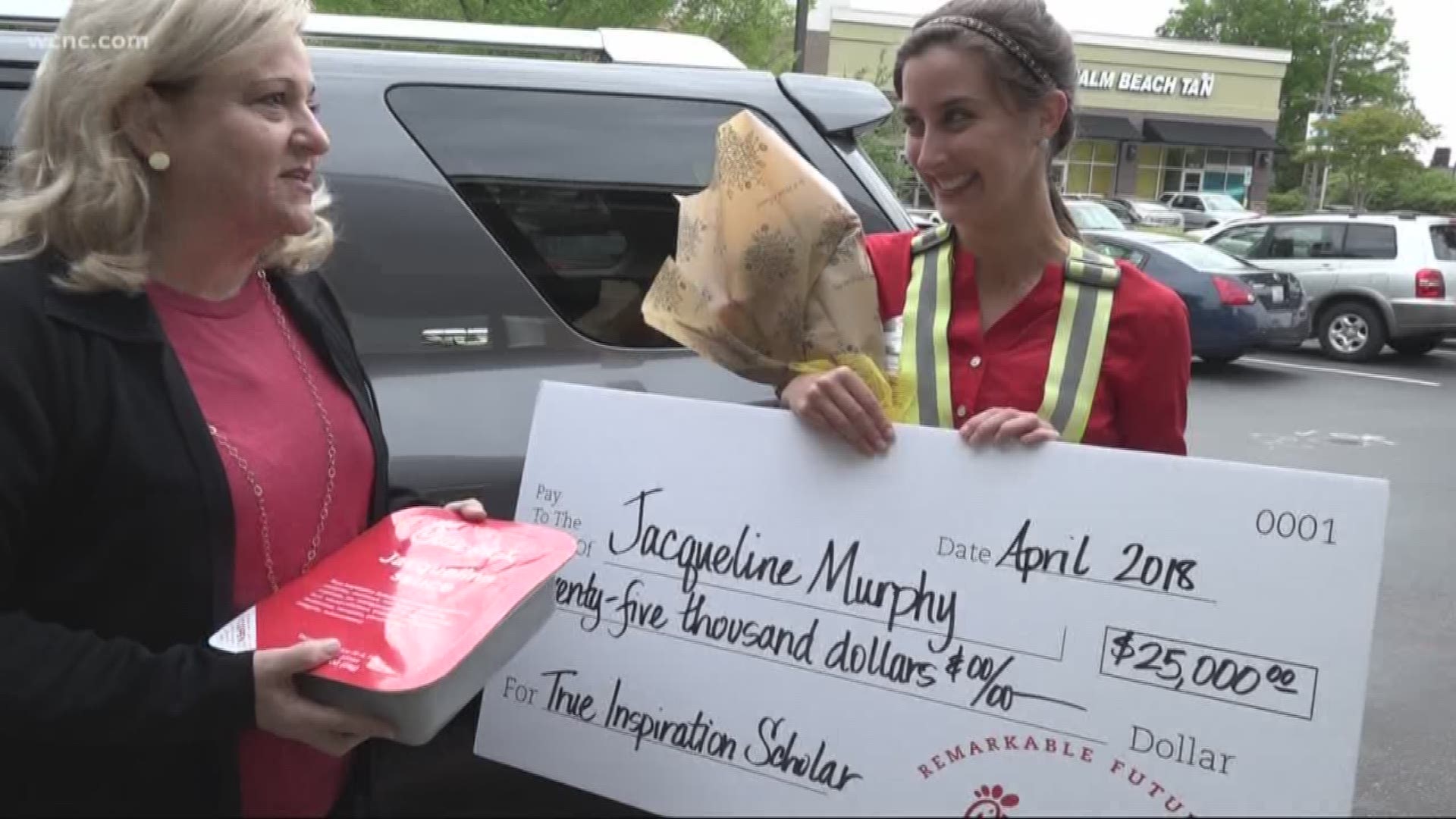 CHARLOTTE, N.C. -- A local woman is ready for pharmacy after her job surprised her with a $25,000 check on Thursday.

Jacqueline Murphy thought it was a normal day at work when all of a sudden, a driver handed her a package shaped like a Chick-fil-A sauce packet. Inside the packet was a tablet with a video from the CEO of the fast-food chain saying she was one of the 13 team members who received the Remarkable Futures scholarship.

This year, Chick-fil-A is awarding $14.5 million to team members nationwide through the Remarkable Futures program, which can be applied to any area of study at any accredited institution of their choice.

Jacqueline, who works as a seasonal manager at the East Woodlawn Road location, said she was speechless when she won the scholarship.

"You can say I'm blessed," she said. "I'm blessed by God, my family. From the prayers and support from my people."

"It's just insane. I love it," Jacqueline added.

Jacqueline plans to attend Wingate University's School of Pharmacy in hopes of becoming a clinical pharmacist.