Those who knew Tashya Jay describe her as the life of the party and had a way of making people smile. 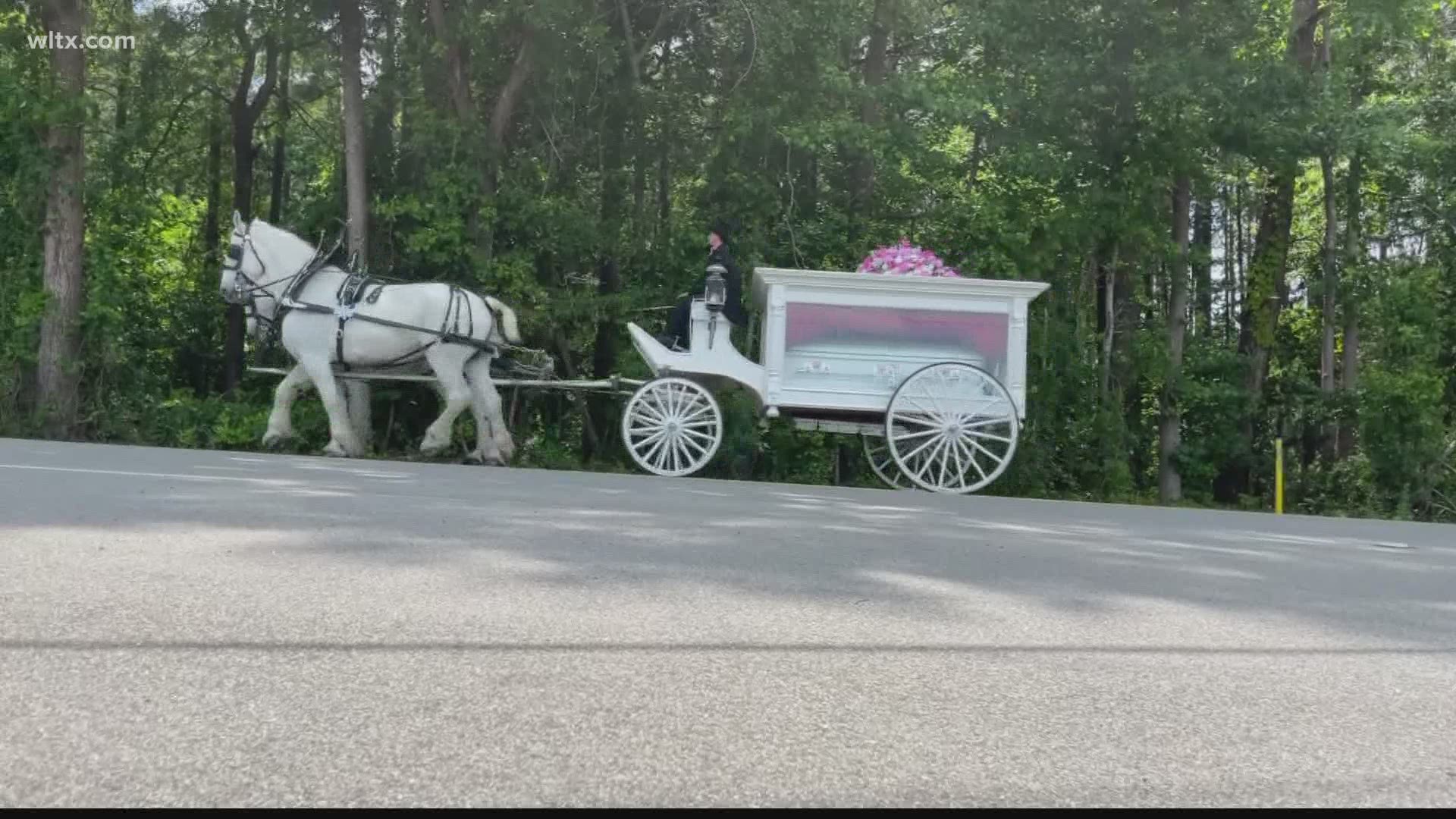 BATESBURG-LEESVILLE, S.C. — The Batesburg-Leesville community came together on Wednesday to remember the life of Tashya Jay.

It's been a week since the shooting death of an 11-year-old girl in Lexington County.

Investigators say she was shot and killed after multiple shots were fired in a neighborhood. A suspect has been arrested in the case.

"There's a lot of sad hearts. This service says there's a celebration of life, a life that was well lived," said one person who spoke at the service. "Although it may have been cut short, we're going to celebrate because the smile this little girl possessed does not make this a sad day."

Those who knew Tashya Jay describe her as the life of the party and had a way of making people smile.

"She will be missed very dearly," said Cynthia, who knew Tashya from Batesburg-Leesville Primary School. "She was a card. Either you like her or you love her. And I did love her and I know she loved me."

Some of Tashya's teachers spoke at the service to reflect on the time they had with her.

"Tashya was assertive, sassy and kept me on my toes. There definitely was nothing shy about her," said Connie Craven.

"She could light up a room with her contagious laughter, bust out in dance moves at the drop of a hat and make the saddest person feel loved, including me," explained Jennifer Patrick, Tashya's fourth grade reading teacher. "All just because that's the kind of person she was."

People believe Tashya's heart for others will ensure she will never be forgotten.

After the conclusion of the service, Tashya was escorted by horse carriage to her final resting place.