'I felt the world get pulled from underneath me': A mother's words when told her son has cancer

A new mother at the time, Amanda Traver, wasn't sure where to turn. 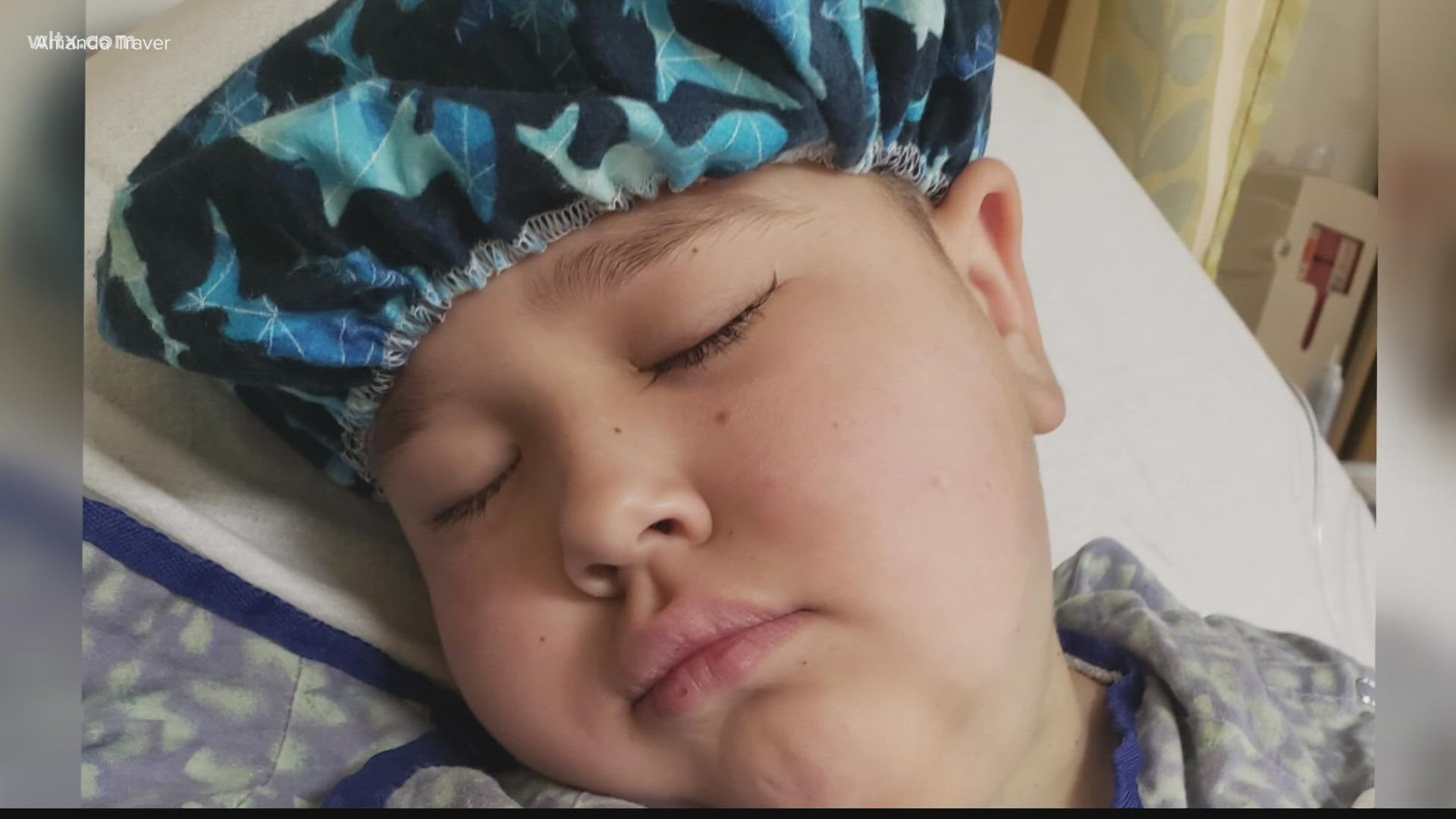 COLUMBIA, S.C. — "I felt the world get pulled from underneath me. He was our only child at that point. Just saying, 'why my kid, why mine?'" says mother Amanda Traver.

Her son, Trenton Traver, who was 21 months old at the time, was diagnosed with leukemia.

RELATED: Ohio girl fighting to beat cancer a second time for her and her twin sister's memory

"No one prepares you for those words. There's no manual that says how to navigate your life through childhood cancer," says Traver.

Pediatric oncologist Dr. Stuart Cramer from Prisma Health said about Trenton, "He was diagnosed as a toddler with acute blast leukemia."

Once he was diagnosed, he underwent chemotherapy for three long years and was in remission, until six months ago.

"By chance, he was in this car accident. That led to him getting an MRI and then having continued pain, which led us to diagnose him with this second malignancy," said Dr. Cramer.

RELATED: How an Irmo Boy Scout and his heart-shaped bins are helping fight childhood cancer in Mexico

Traver says, "They confirmed with me on the MRI, they found a mass in his large intestines, liver lesions and lesions on his spine."

A devastating blow as they thought they had already dealt with cancer. "He was like why, 'Why me Momma? Why? Why does this keep happening?' I said, 'Baby, cancer doesn't discriminate. There's no answer I can give you.'"

Traver says explaining the diagnosis to Trenton and then to her five-year-old was a task she wasn't ready for.

Trenton remains positive, saying, "Sometimes, I think good thoughts ... that I can beat it, that it won't take that long."

Trenton is now in remission.