According to the US Census Bureau, South Carolina is the 10th fastest growing state in the nation. 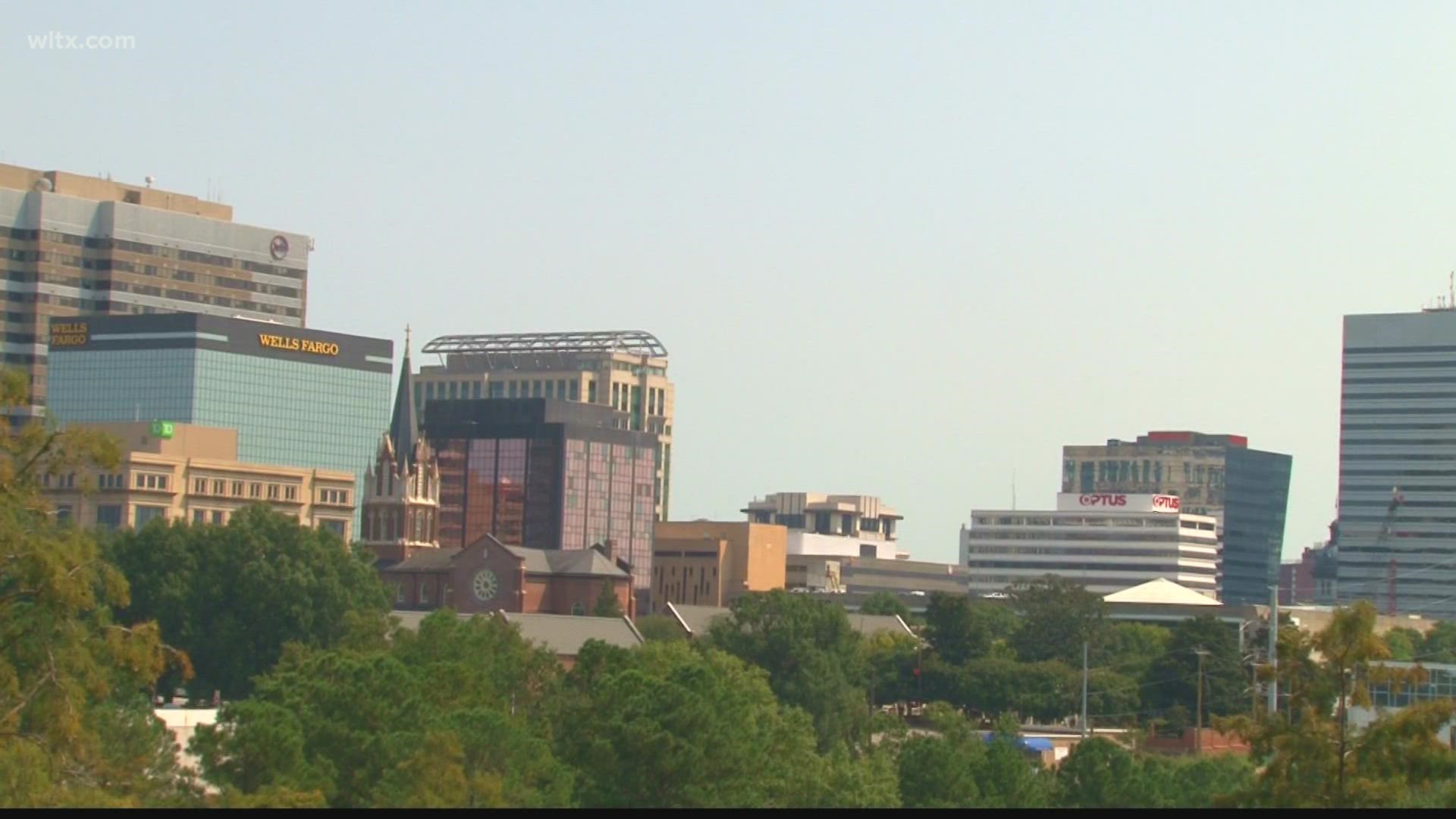 COLUMBIA, S.C. — According to the U.S. Census Bureau, South Carolina is the 10th fastest growing city in the nation. The city has grown 5% since 2010, according to Ryan Coleman, the city's Director of the Economic Development.

Coleman said the Capital City isn't growing as fast as others, but development is still occurring.

"It’s kind of tough in the city because you don’t just have large tracts of land where you can build single family houses. So, we need to increase density in the Columbia area," Coleman said. "I think some good trends that we are seeing so far, there’s a couple thousand people living on or around Main Street, down here in the BID [business improvement district] right now. You didn’t have that 10 years ago."

CRG & Landmark Properties kick off their groundbreaking for the 17-story student housing building under construction on Assembly St. next to the Richland Library.

Their project at 1401 Assembly St. is expected to be completed by Fall 2023, according to the developers. pic.twitter.com/OeirgnCkHb

Coleman said with the University of South Carolina and more businesses coming to the area and bringing more jobs, more people will migrate to the city.

"People want to go where the talent and education is, so the more that we can create an appealing quality of life and a place where people want to live and be, the easier that makes it to get the companies and the other folks to come here," Coleman said.

We are super excited to launch our NEW City Ambassador Pilot Program this Thursday at 12 pm to provide insight into Columbia’s unique mix of careers, community, and culture.

The City has also seen a major boost in downtown residential development. Coleman said residency in downtown is an economic driver for the night and weekend economy, as well.

More housing is expected to be constructed, like USC Student housing, the 1700 block of Main Street, and the nearly approved 2222 Main Street apartment complex, according to Coleman.

It's official! 🔨The new student housing development, The Standard, broke ground at 1401 Assembly St. This 17-story student housing space is located next to the Main branch of @accessfreely. Student move-in is expected to happen Fall 2023.#MainStColaSC pic.twitter.com/k86bE6RgWT

"It’s good that we can have a lot of these residents living closer to the urban core now versus having to come all the way in from Lexington, Blythewood, or Irmo," Coleman said.

Officials are expecting the city to continue to grow, but Coleman said it won't be easy. There will be challenges with taxes and project costs.

"I think what we've seen over the past decade does tell us that Columbia is an attractive market, and developers, and investors, and companies are interested in being here," Coleman said. "If we can just get over some of these hurdles that are in our way, I think we could continue to see a bigger influx of multifamily developers and companies looking to come to the area."