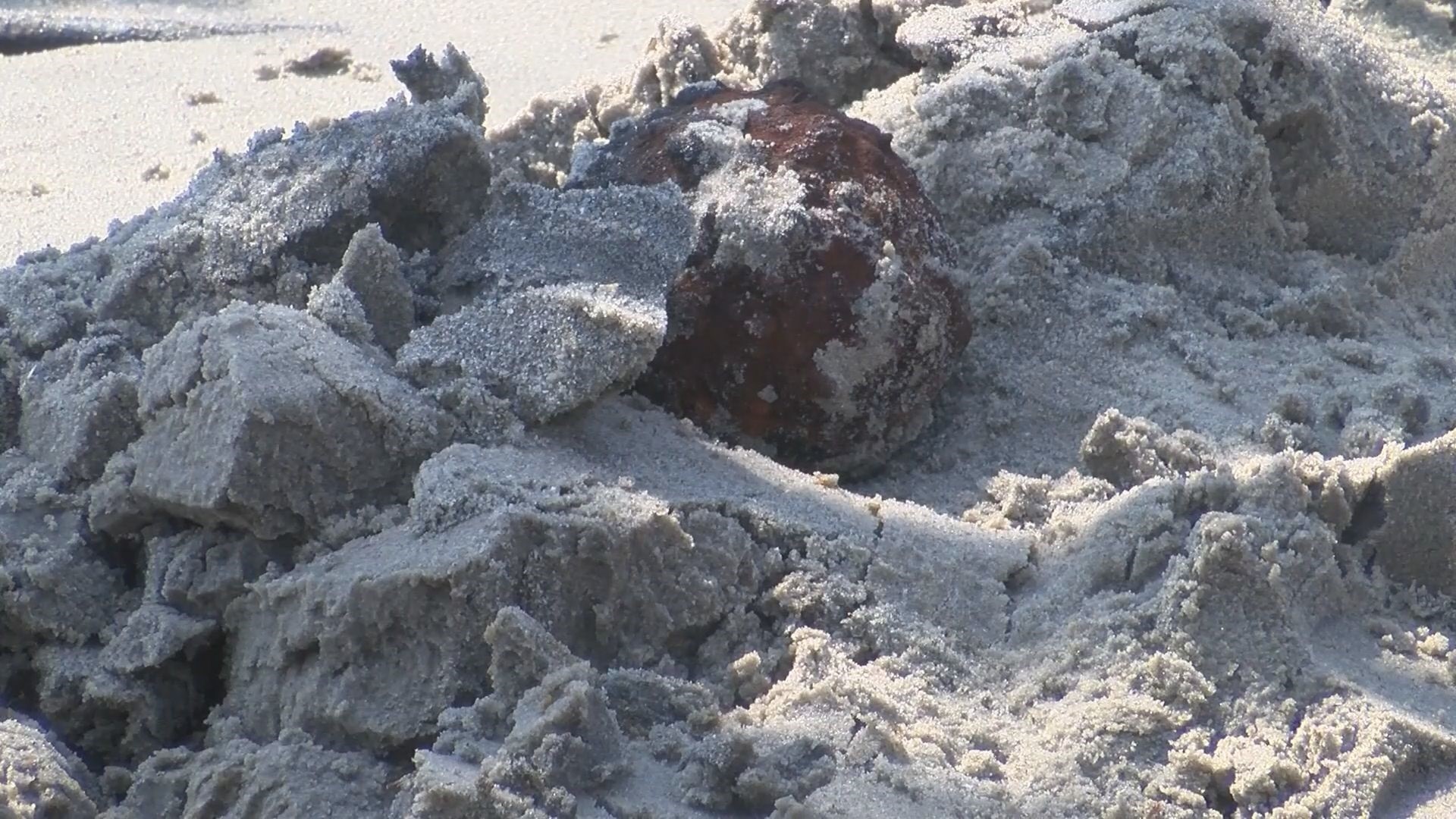 FOLLY BEACH, S.C. — A couple on Folly beach went out on the hunt for cool shells left behind by Hurricane Dorian, but they ended up finding a relic from the past: Civil War cannonballs.

Aaron Lattin and his girlfriend Alba were curious to see what the hurricane could have brought to the beach.

“I wanted to get a metal detector and especially after the hurricane and see if there’s anything, any history or artifacts that kind of washed up on the shore," Lattin said.

But they were left puzzled by what they found

“At first we just though it was a rock," he said.  “The more we got to looking we realized it was more than a rock.”

Authorities say it was a Civil-War era cannonball unearthed by the hurricane and laying in the sand.

“We actually just got lucky with no equipment, just spending a day at the beach," Lattin said.

Now the location is in front of the Morris Island lighthouse on the very edge of Folly Beach. It’s kind of hidden in this brush but this isn’t the first time that cannonballs have been found in this area.

Following Hurricane Matthew in 2016, 16 Civil War cannonballs were found in the same location.

But other treasure hunters weren’t so lucky.

Jerry Tindal/SOT “After the big hurricane I thought I’d find some nice stuff," said Jerry Tindal. "I’ve been doing this for 20 years and found some junk, maybe some mini balls, a few pieces of metal. A nice young couple five minutes before us walks across a cannonball.”

The couple said they believe there to be more in the area.

So, After reporting it, police, fire and local EOD teams responded, making sure the cannonballs weren’t still live and dangerous. The couple said they are new to the area and are happy that they stumbled upon a piece of history.

“It’s a historical treasure. It’s the history of here in Charleston,"Ospina said. "Of course after we found it we wanted to tell the world.”