The fire was at Columbia Auto Salvage in the 7700 block of Fairfield Road. 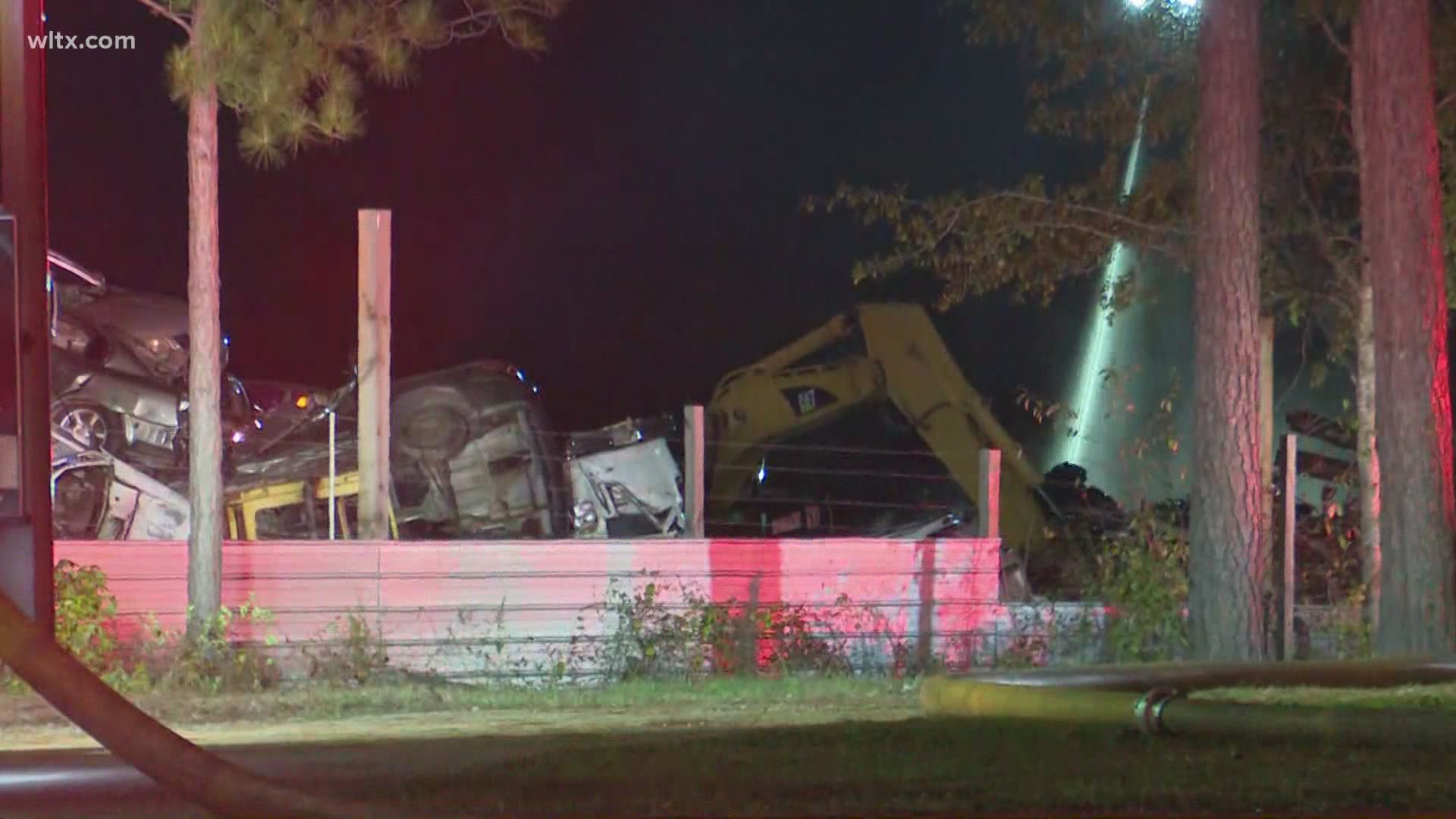 COLUMBIA, S.C. — A large fire at a salvage yard in Richland County that was causing heavy smoke for outs is now out. i

The fire was at Columbia Auto Salvage in the 7700 block of Fairfield Road. It began in the middle of the afternoon, and people reported seeing smoke from miles away.

Fairfield Road was shut down in that area while crews battled the blaze but has reopened.

No injuries are reported.

The cause of the fire is under investigation by the Richland County Fire Marshal's Office.

UPDATE: fire at North Columbia Auto Salvage on Fairfield Rd is now completely out. No injuries reported. @RichlandSC Fire Marshal’s Office will be looking into a cause. pic.twitter.com/kNa3MqLGRB