Columbia's Mayors says the city is on an increased state of security as South Carolina law enforcement agencies prep for planned armed protests at the Statehouse. 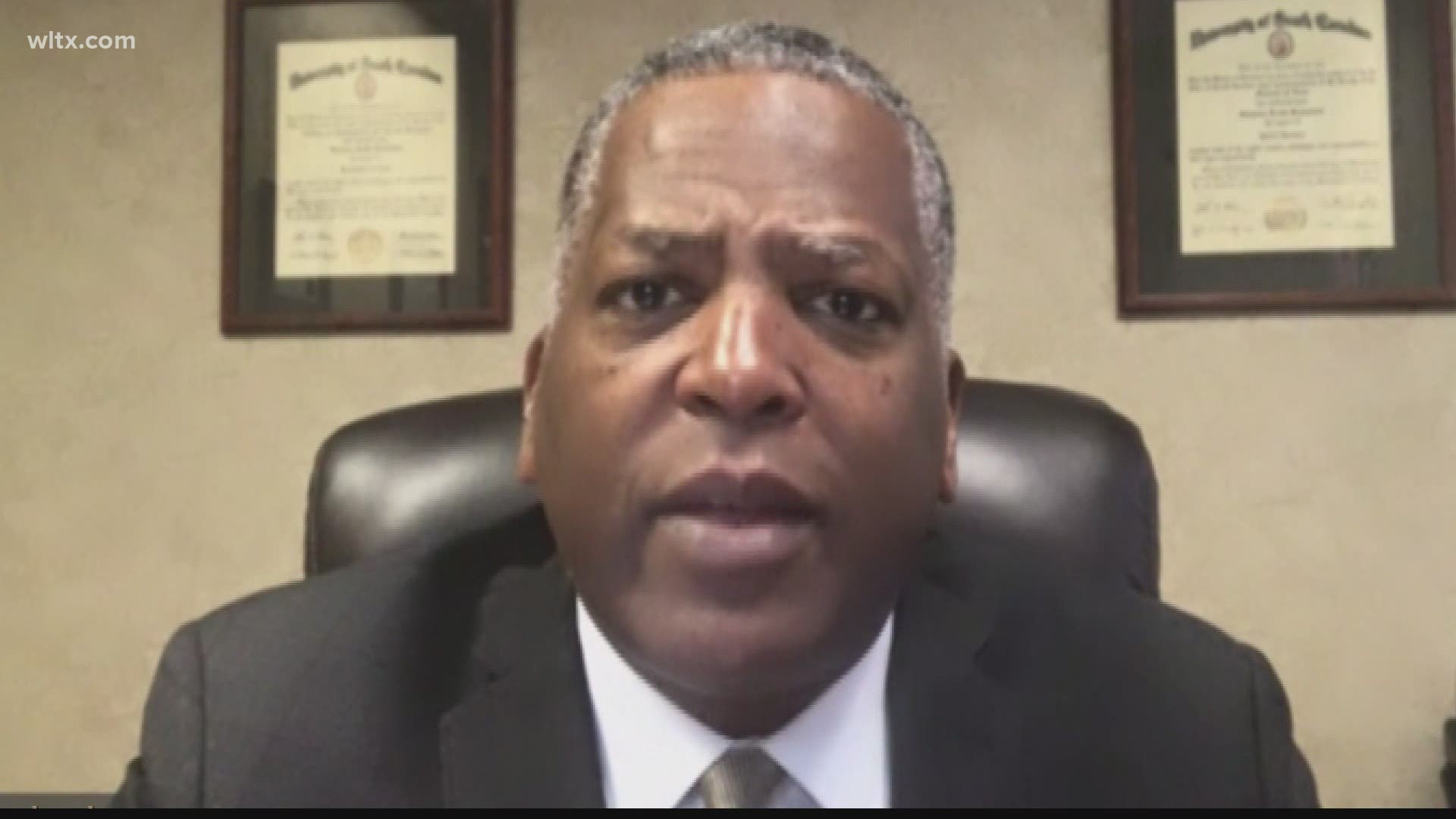 South Carolina leaders say they are prepping for possible violence at the Statehouse.

"I want to ensure people in Columbia and the Midlands that law enforcement agencies are working very closely together to ensure the safety and security of the people and their property," Mayor Steve Benjamin.

During a press conference with Prisma Health, Mayor Steve Benjamin responded to the possibility of armed protests happening at the Statehouse later in the week. The mayor did not give specific details about the plans, but he did say the city has learned from previous protests.

I want to assure the people of @CityofColumbia that every preparation is being made to ensure the safety of our citizens & their property as concerns of planned protests continue.

Law enforcement is working together & the situation continues to be closely monitored.

"We've used the protests at the state capitol, and we've done our best to work with state officials over the years to ensure that free speech is protected," explained Mayor Benjamin. "However, in this democracy, people need to understand free speech and criminal action."

According to the Columbia Police Department, the Department of Public Safety, and SLED, extra security will be provided at the capitol after the FBI's warning of planned armed protests at all 50 state capitols. Neither the FBI nor SLED has provided details regarding the planned protests happening at state capitols across America.

Mayor Benjamin says there could be a press conference sometime this week with several law enforcement agencies involved to discuss the preparations. Columbia Police Chief Skip Holbrook says the police department is monitoring social media and other sources regarding upcoming planned or spontaneous events.

RELATED: SC police beefing up security at the State House after FBI warning