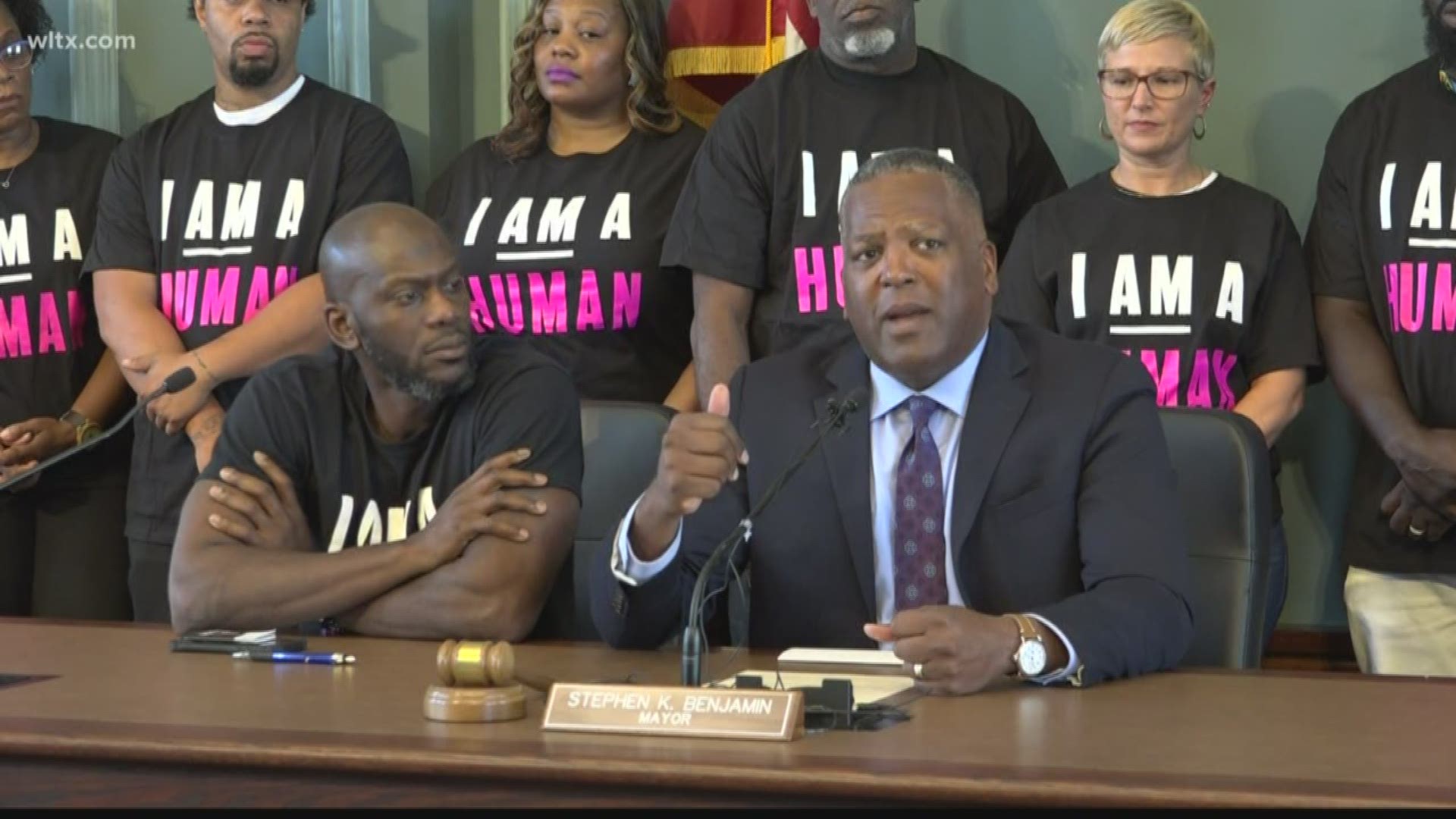 COLUMBIA, S.C. — Columbia is now the first city in the state to pass the new ordinance called 'Ban the Box'. It's designed to give previously incarcerated people a fair chance at getting jobs after re-entering into society.

This is a nation wide effort to remove the question on job applications that states, "Have you ever been convicted of a crime?"

Behind the movement in South Carolina is the state organizer for Just Leadership USA, Lester Young.

Young spent over 22 years of his life in Allendale Correctional Institution. He was released five years ago and is now serving a lifetime of parole until pardoned.

To Young, the hardest thing about being released was getting a job afterwards. He says once employers see that someone has a criminal history, they are often disregarded as candidates.

"I was not aware of the many barriers that were in place for formerly incarcerated people... When I was released from prison, I saw that was a really big challenge," Young says.

After talking with other people who had the same issues, Young says he knew he wanted to be an advocate for a cause that was so personal to him.

"In the most darkest time of my life I had hope and I had belief and I had faith," says Young. "And I would tell anyone that if you have that, there's nothing that you can't do."

For the past three years, the City of Columbia already had a policy to "Ban the Box", but Young started pushing for an ordinance to make it a law about a year ago. His plan is finally a reality.

"It just makes sense," says Mayor Benjamin. "Thinking of very thoughtful ways we can get more people who are just eager, active, wanting an opportunity to contribute to the whole, a chance to participate in the American economic experiment just makes sense."

Benjamin says he is speaking with other policy makers around the state to encourage them in doing the same. "Many of them look to Columbia to be a leader," he added.

Young and others who were once convicted of crimes surrounded Benjamin as he signed the ordinance. Each person wore a shirt with the words 'I am a human'. Young says these shirts are meant to show others that just because they have a criminal past, they are still human beings like the rest of us.

"Be focused on the language that they're human beings who have committed a crime. Not ex-offenders. Not ex-inmate. Not ex-con, but they are human first."

Benjamin says he is sharing this mission with other policy makers in hopes to make this a reality for people all over the state.

It is important to keep in mind, that although the box will be removed on job applications, criminal history will be considered after a conditional job offer is made.

Young also runs the non-profit Path2Redemption, which provides previously incarcerated people with resources to smoothly integrate back into society.