The incident, which took place at a protest in downtown, was caught on tape and has been the subject of conversation for several days. 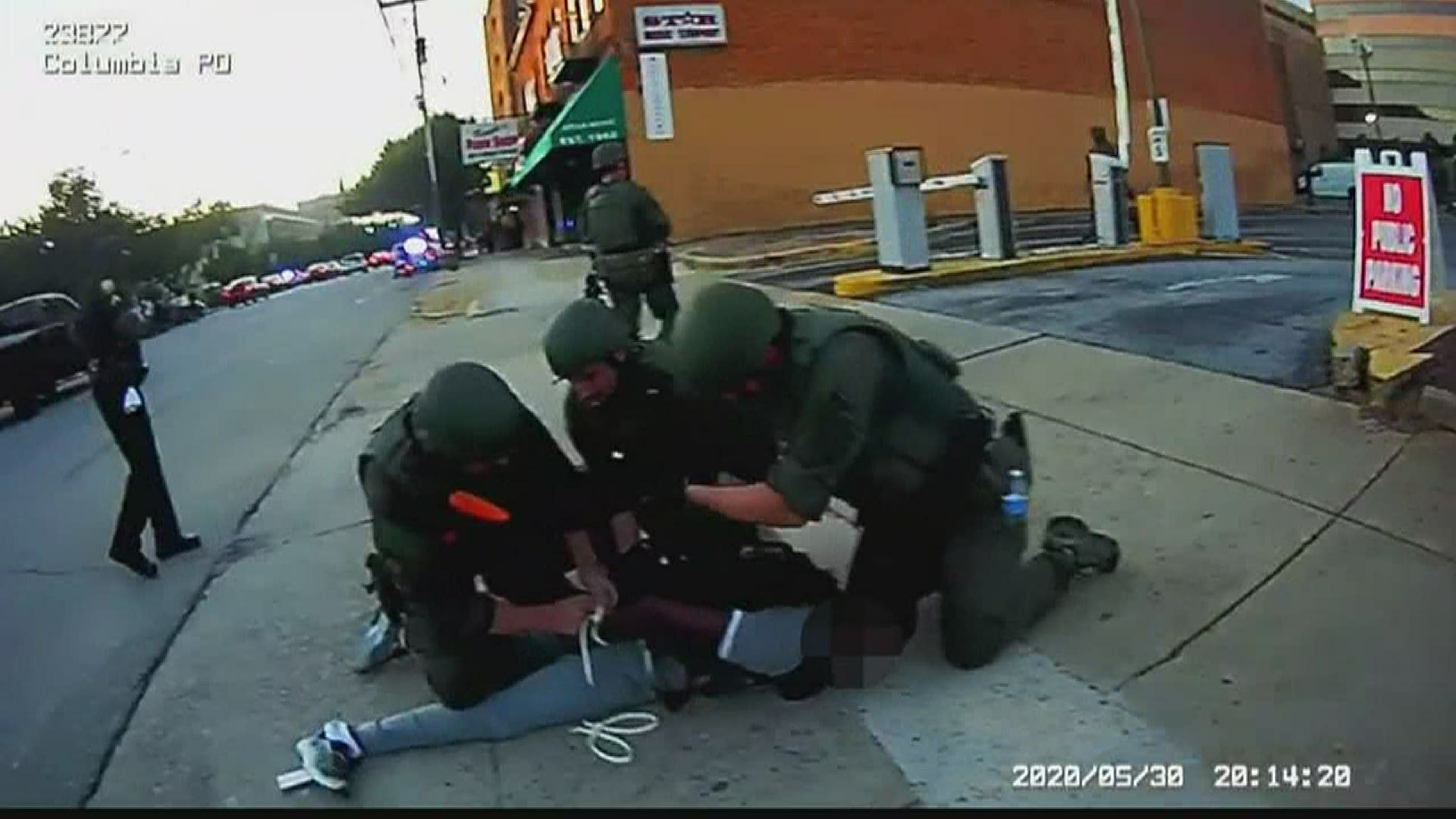 COLUMBIA, S.C. — Columbia Police Chief Skip Holbrook says an officer who was seen on tape putting his knee on the neck of a man during last month's protests did not violate policy, and that the action was "unintentional."

The incident happened on May 30 at a protest in downtown Columbia calling for an end to police brutality in the wake of the death of George Floyd involving police in Minneapolis.  Days later, The State Newspaper published a photo of the incident Friday and Columbia Mayor Steve Benjamin then ordered two police body cam videos that recorded part of the situation be released.

In the videos, three other officers are on the ground with a suspect. At least two of them appear to be kneeling on the suspect in that video, and one of them had his knee on the suspect’s neck.

Holbrook said his department's policy is to use the minimum about of force to accomplish their objective, which was to arrest the man. He said his officers were using hand control and handcuffing techniques on a man who he said was actively resisting. 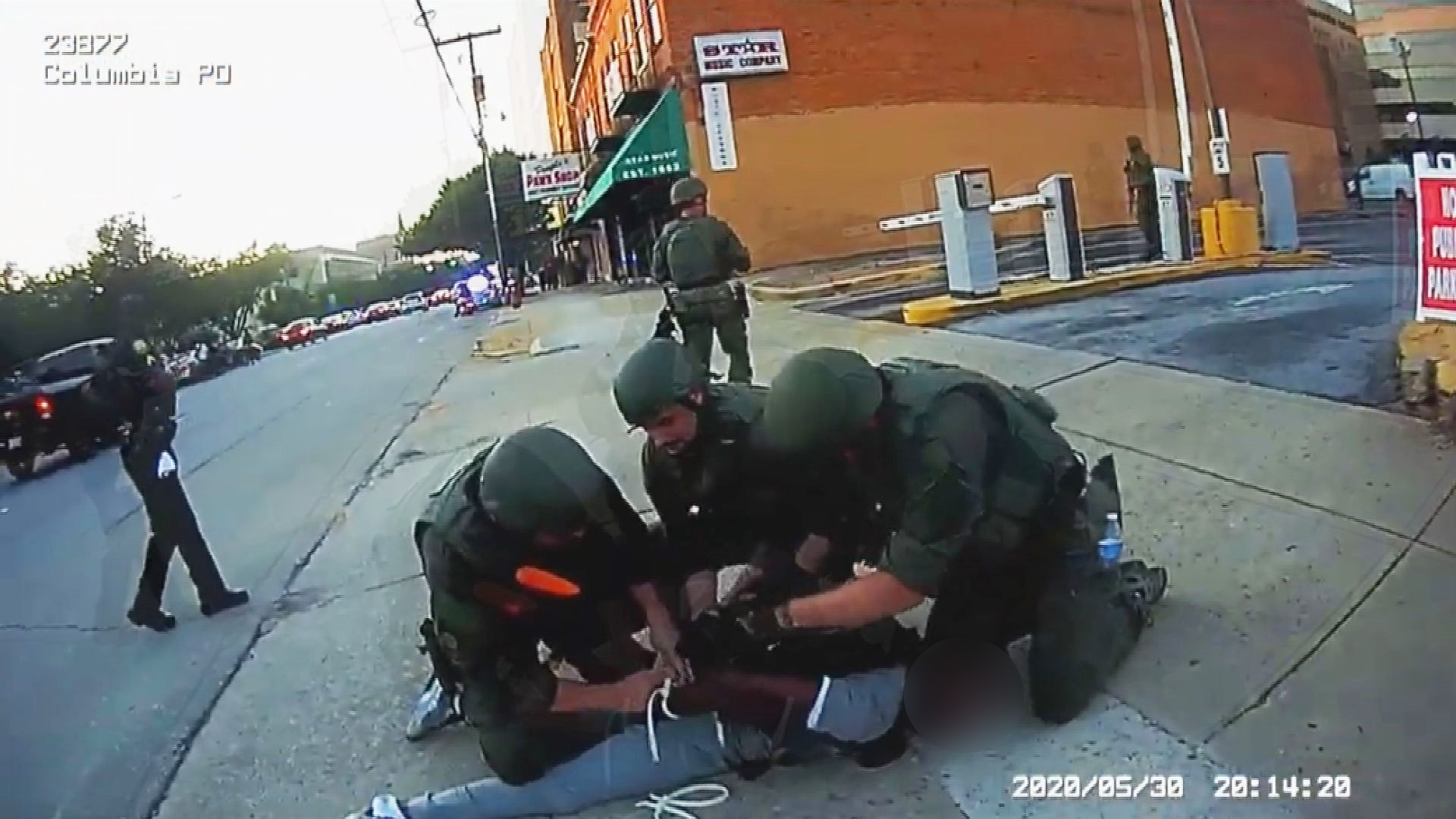 Once the man's hands were restrained, he was lifted up and taken away. Holbrook said the entire incident lasted less than a minute.

"The officer did not violate CPD policy and remains on duty," Holbrook said in a statement. "The officer’s knee unintentionally shifted during the handcuffing of the suspect while in a prone position. Although very brief, it was an incorrect position which was quickly corrected."

Holbrook added that the department's training unit commander has since counseled the officer regarding his knee placement during the incident, and has been given a refresher on handcuffing position procedure. he said all officers have also been reminded that it's their duty to intervene when another officer's actions may be improper or unsafe.

The officer remains on duty.

"As I have previously said, I believe all success we achieve in law enforcement – past, present and future – are predicated on building relationships and trust with our citizens. Of course there is always room for improvement, and we must continue to work together to make those improvements. When setbacks occur and mistakes are made, we must be willing to acknowledge them, fix them, learn from them and continue to move forward together – that’s what professional 21st Century Policing looks like and that is how we police in Columbia.”

Mayor Benjamin said he spoke with Holbrook about the incident and it is under review by the city.