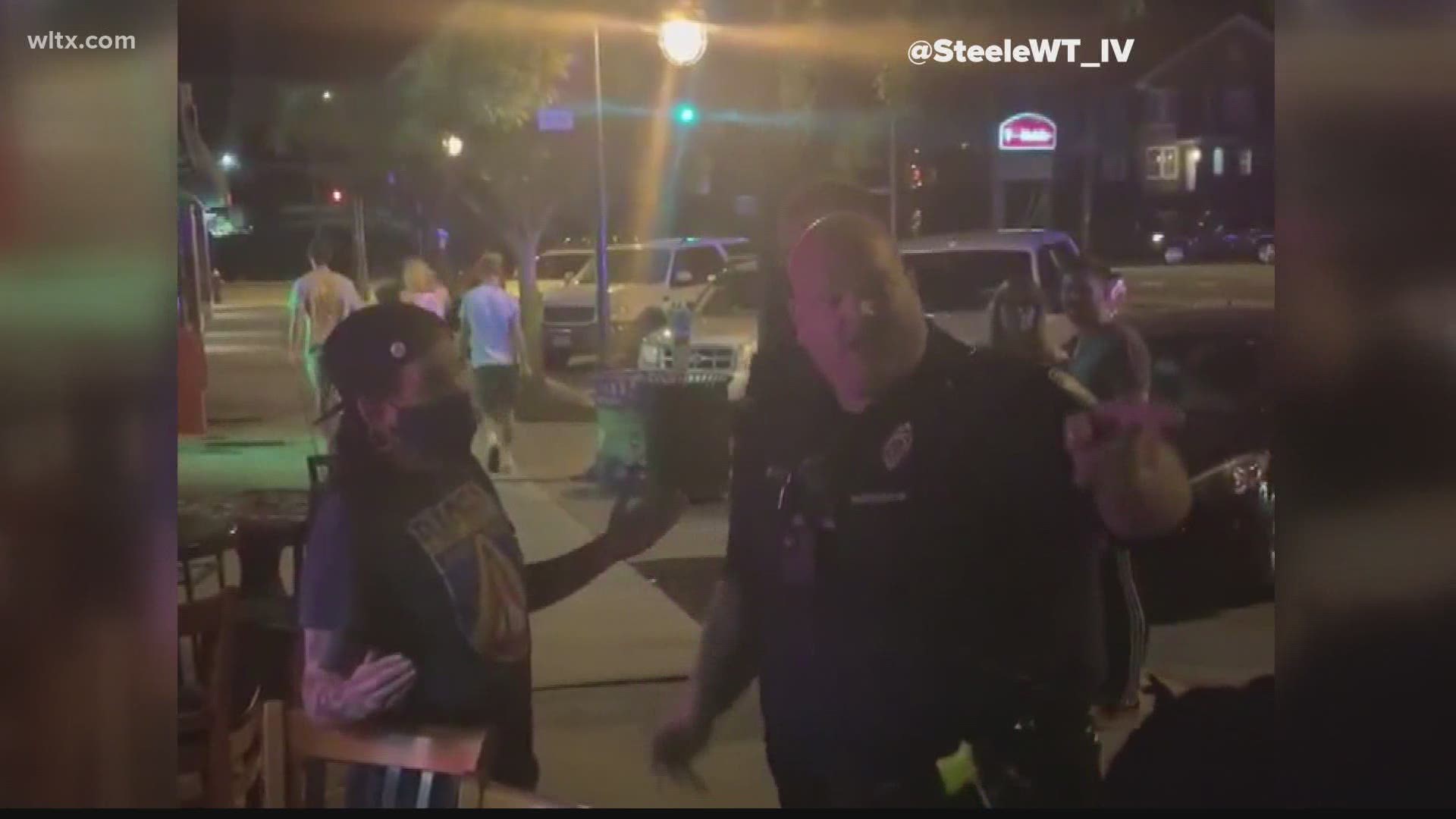 COLUMBIA, S.C. — The Columbia Police Department has fired an officer caught on video repeating a racial slur over the weekend.

The department's Chain of Command Disciplinary Review Board met this afternoon to hear the investigative findings surrounding an incident caught on video in which Sergeant Chad Walker used a racial slur during a heated argument with patrons outside a Five Points bar on August 29, 2020.

"As a result of the findings of the Board and consistent with our disciplinary philosophy, Sgt. Walker has been terminated, effective immediately," department officials said in a statement released Monday evening.

The Board reviewed the investigative findings presented by the officer’s chain of command, which included review of video. After hearing the findings, officials say the Board unanimously upheld the findings of Unsatisfactory Performance (CPD Policy #7.2.16) and Courtesy (CPD Policy #7.4.1), according to the department's policies and procedures.

Officials say the department’s discipline philosophy takes into consideration the degree of harm caused by the violation(s), the employee’s experience, intentional/unintentional errors and the employee’s past record. "Careful consideration is given to all applicable factors in the disciplinary review process and every effort is made to determine consequences that consistently and fairly fit the specific incident."

Chief W.H. ‘Skip’ Holbrook says, “We will continue to hold each other to the professional, ethical, and moral standards expected by our citizens and place the highest priority on maintaining public trust. As I’ve stated before, when setbacks occur and mistakes are made, we must be willing to acknowledge them, fix them, learn from them, and continue to move forward together.”