Jorg Hohmann said his nineteen-year-old son was hit by a vehicle on Sunday night after he was spending time with his brother in Five Points. 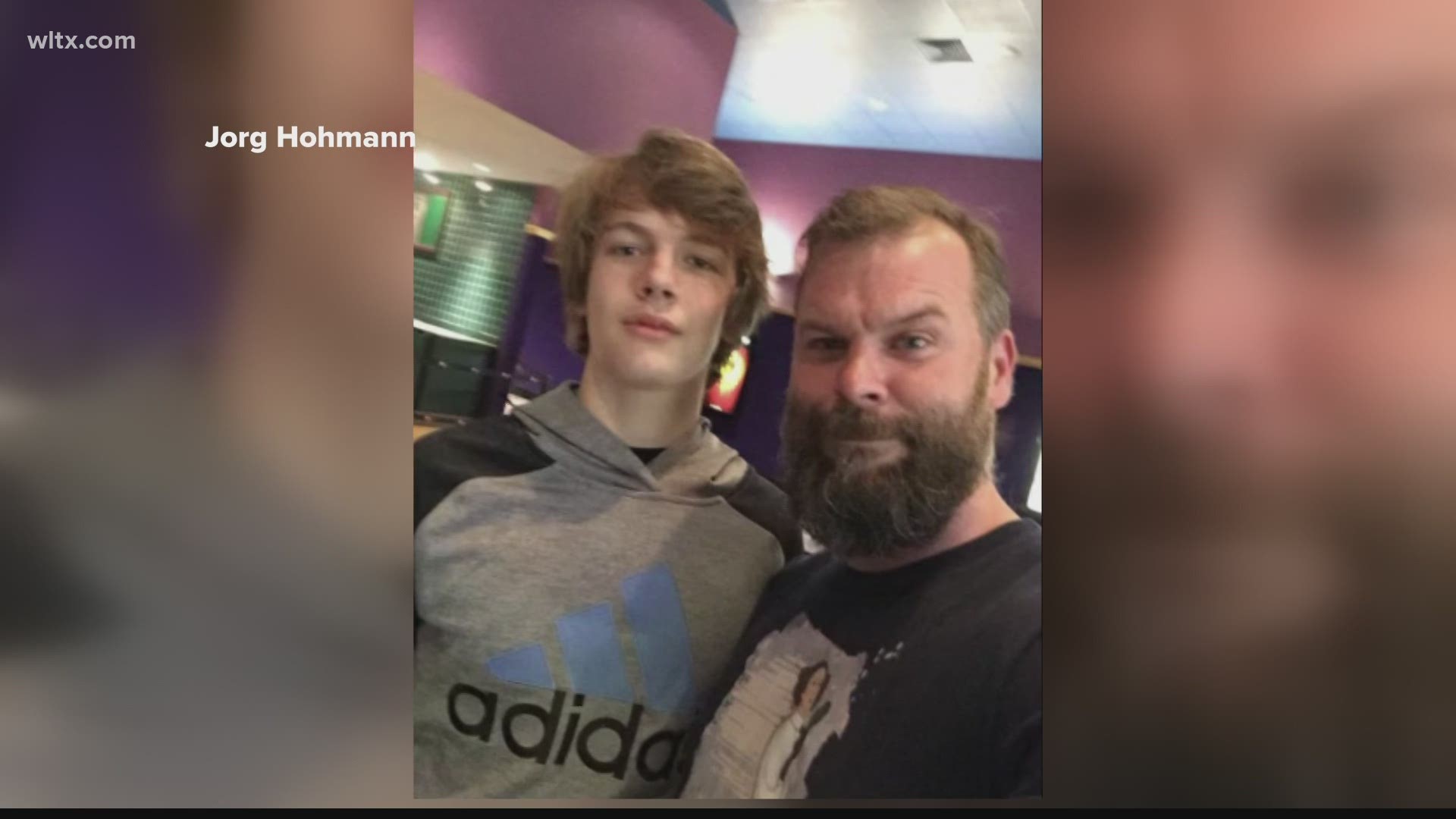 COLUMBIA, S.C. — The Columbia Police Department and one victim's family is asking for your help to solve a hit and run case that happened over the weekend on Harden Street.

Jorg Hohmann, said his nineteen-year-old son Laer Hohmann was hit by a vehicle on Sunday night after he was spending time with his brother in Five Points.

"I was able to get an update this morning and they removed his breathing tube and he's awake from sedation and in a lot of pain obviously. But he's alive so that's all that really matters right now," said Hohmann.

While he wishes things like this didn't happen, Hohmann hopes the person is found or comes forward to accept responsibility.

"I really don't understand how anyone could actually live with themselves after knowing that they struck another human like that and not knowing if they're alive or what kind of state you left them, you know," said Hohmann.

Sgt. Robert Uhall with the Columbia Police Department said the incident happened on Sunday morning around 1:45 on the 700 block of Harden Street.

"The pedestrian was crossing midblock outside of a crosswalk just north of Devine Street," said Sgt. Uhall. "He went to go run across the road, tripped on a raised concrete median. As he tripped, he fell to the ground. As he was falling, he was struck by a vehicle that had just turned off of Devine Street and began proceeding northbound on Harden Street."

According to Columbia Police, the pedestrian was hit from the front driver's side of the vehicle by the headlamp and the driver's side quarter panel. Officers believe the vehicle is a 2011-2014 Dodge Charger that's black in color and has black rims with dark-tinted windows.

"It has aftermarket headlamps, kind of a blue tint, both headlamps and foglamps to the vehicle," explained Sgt. Uhall.

Sgt. Uhall believes it's important the person who hit Hohmann turns themselves in.

"Even though the pedestrian may have been wrong in the collision, there's also a driver at fault in this collision who left the scene, didn't treat the person they struck as a fellow human being," said Sgt. Uhall. "Didn't call EMS, didn't call anybody to render aid, (let somebody) know what happened. Struck an individual and left them on the side of the road."

The officer says it's important for people to stop if they hit someone or something.

"A lot of our hit and runs in the City of Columbia, after the fact when we do track down the people, we find the underlying reason for them leaving the scene may have been as, 'I don't have insurance, I don't have a driver's license, My driver's license is suspended'... Those are all minor compared to the penalties for hit and run and failure to render aid," said Sgt. Uhall.

"Most of those are all city level charges. When we start getting into hit and run, especially with great bodily injury or death, the penalties can be anywhere from a city level charge for property damage to 25 years and $25,000 in death and sues," explained Sgt Uhall. "It's always better for the person to stop."

The Columbia Police Department says they're following up on a couple of leads they received from Crime Stoppers. If you have any tips to help investigators in this case, you are asked to call Crime Stoppers at 1-888-CRIME-SC.

RELATED: Columbia parks moving into next phase of reopening in May