Locally-owned restaurants like Mr. Friendly's and Rambo's Fat Cat Biscuits say the majority of their business is still take-out. 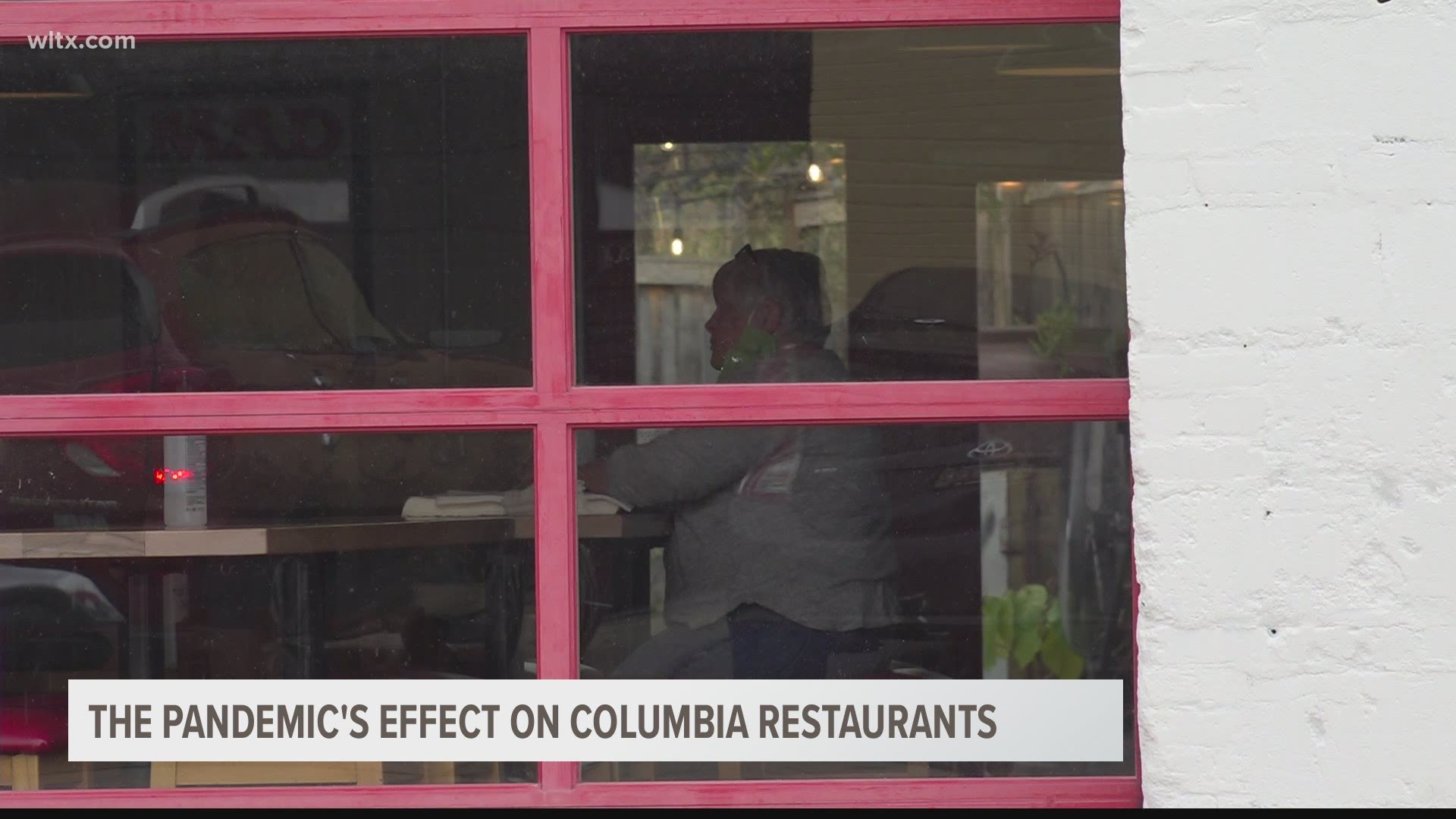 Mr. Friendly’s has been part of the Five Points community for 25 years. Mollohan said they’re doing what they can to survive the pandemic – like take-out orders and packaged meals.

"The difficult thing here is balancing how much dine in vs how much take out business can you do," explained Mollohan. Currently Mr. Friendly's is doing take-out only for lunch and dine-in for dinner.

He said their lunch numbers are down 100 people a day. Take-out has been keeping them afloat, but Mollohan added it’s hard to juggle dine-in at the same time.

"I’m confident that we will survive this. What I’m not confident about is how to get to that finish line," said Mollohan.

Mollohan also owned Solstice Kitchen, which he was forced to close in October due to the pandemic.

"It’s keeping us afloat, we’re super happy to keep doing it," said Co-Owner and Chef Todd Adams. He estimates about 85% of their business right now is to-go.

Fat Cat used to be a food truck that frequented Soda City, but they ditched their wheels and opened on Main St. in November.

"We signed the lease at this location about two weeks after shutdown, so it was pretty nerve-wracking," said Adams when asked what it's been like to open a business during a pandemic.

He also said it forced them to open months later than originally planned.

"I felt like I would take a step forward and two steps back."

Once Fat Cat was able to finally open, Adams said they’ve had great support from customers.

However, right around the corner is The War Mouth, which is struggling to survive.

In a statement on Facebook, owner Porter Barron Jr. wrote, “like so many other independent restaurants around the country, we’re facing imminent closure. A few months ago, survival seemed possible, even likely. But as COVID-19 cases have soared, business has plummeted.”

There are many ways to support local restaurants this holiday season. All three owners suggested dining in, carrying out, or buying their products or gift cards.