The mayor said it's necessary to protect children from the virus. 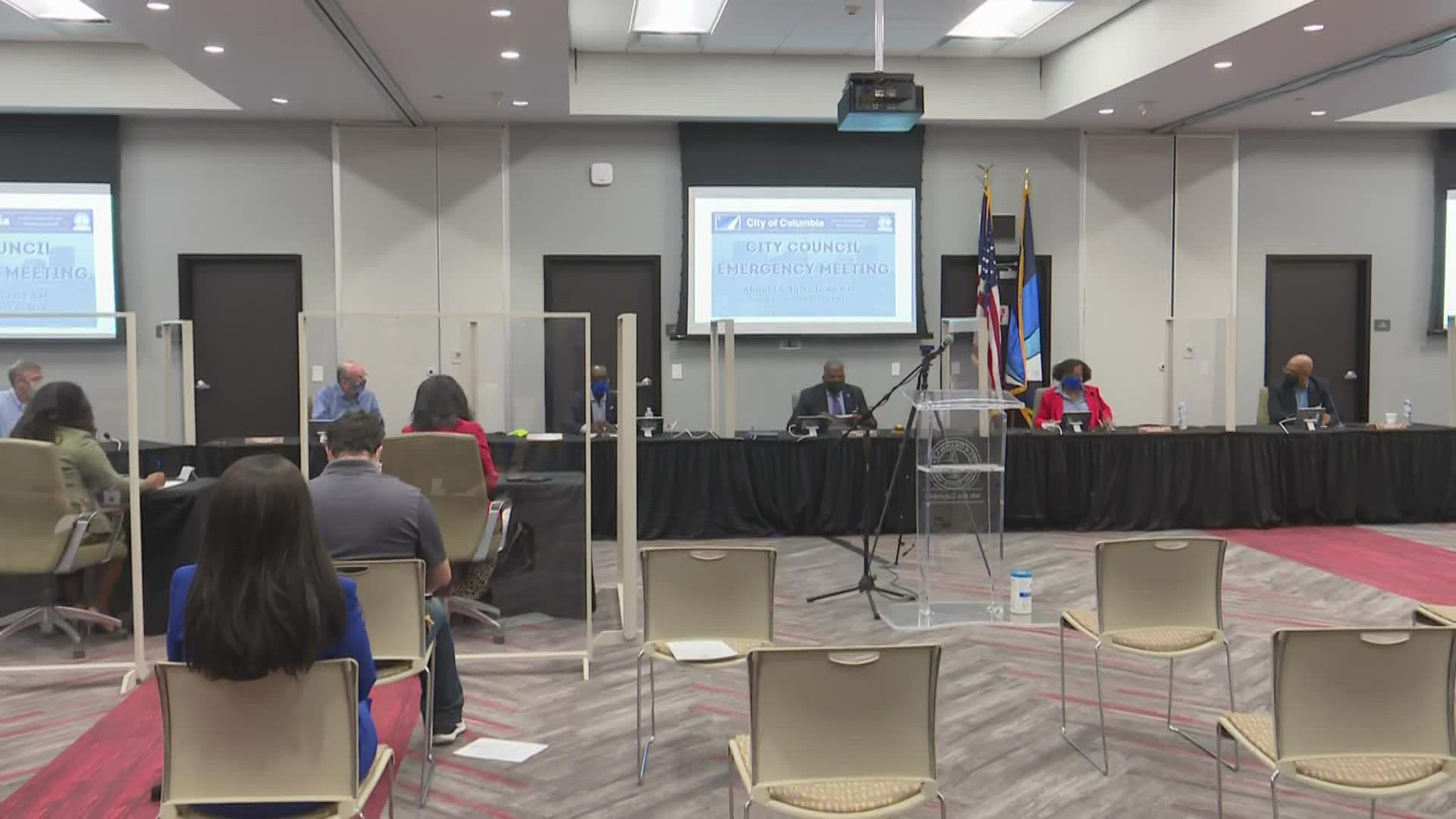 COLUMBIA, S.C. — The Columbia City Council has voted to approve an emergency mask mandate for students in city schools.

The council made their decision during a special called meeting where the only agenda item was the special ordinance. All council voted in favor except Daniel Rickenmann.

On Wednesday, Columbia Mayor Steve Benjamin announced that because of the accelerated spread of the Delta variant of the coronavirus, he was declaring a state of emergency and instituting a mask mandate in elementary and middle schools. However, he needed two-thirds of the council to back that decision within 24 hours to become law.

There is a $100 fine for violations, which will be enforced by the city fire marshal's office. The fine would only be levied against the principal of each school.

"Let's protect our babies, let's protect the men and women who educate them," the mayor said.

But already there's debate if it's legal. A proviso in the state budget passed in June specifically barred any school district from passing a mask mandate, stating no state funding could go to enforcing or promoting a mask order. If a district went against that, they could lose state money.

"No school district, or any of its schools, may use any funds appropriated or authorized pursuant to this act to require that its students and/or employees wear a facemask at any of its education facilities," the proviso read. "This prohibition extends to the announcement or enforcement of any such policy."

South Carolina Gov. Henry McMaster has been a vocal opponent of mask mandates in schools, first barring them in an executive order in May and supporting the proviso when it passed.

"This is another attempt to force children to wear masks in schools without a bit of consideration for a parent’s right to make that decision," McMaster spokesman Brian Symmes said after Benjamin's announcement. "State law prohibits mask mandates in public schools, and the city’s ordinance would require teachers and administrators to violate state law."

But Benjamin disagrees and he believes what he's proposing is within the city's authority. State law does allow cities to enact emergency measures to protect health and safety.

The mayor also said he thinks he can get around the proviso by the city providing the masks, which wouldn't use state funds.

Benjamin said he spoke to South Carolina Attorney General Alan Wilson, among others, before making his decision. Wilson--who earlier this week weighed in on masks for colleges--hasn't made a decision yet on what he thinks about the ordinance.

"We’re doing research and analysis of it and expect to announce something late next week," Wilson said in a statement after the council passed the measure.

School begins in Richland One and Richland Two on August 18.