The mayor said if trends continue he will take action. 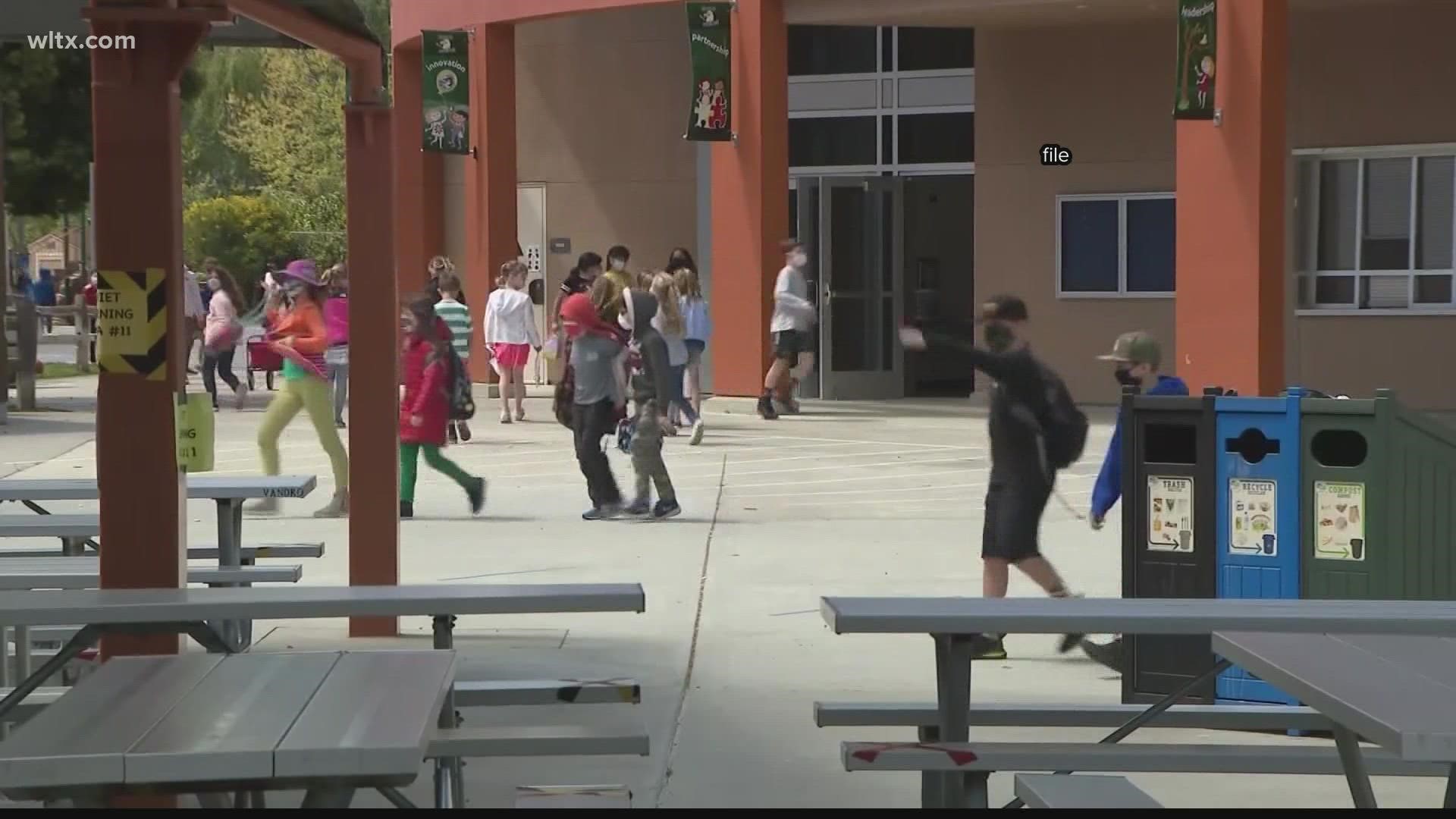 COLUMBIA, S.C. — Columbia Mayor Steve Benjamin said he's considering a mask mandate for schools in the city unless the rate of COVID-19 infections goes down. But whether he could issue one is unclear, given recent decisions at the state level.

Benjamin proposed the idea during discussion at Tuesday afternoon's city council meeting. He pointed to a comments made by Prisma Heath Children's Hospital Monday that their ICU was at or near capacity most days with children sick from respiratory viruses or COVID.

"It would be immoral for us not to act unless we see a change in the trend of these numbers," Benjamin said.

He was particularly concerned because he said children 12 and under cannot get the vaccine. He said he's not interested at this time in passing a mask mandate for adults.

The mayor said if the numbers don't change, he would declare a local state of emergency and decide whether to legally challenge rules that may prevent him from taking action. He believe he can challenge state law on this issue.

"The challenge is that our babies are unvaccinated,' Benjamin said. "If we as a community are not willing to do what is necessary to keep them safe and keep them alive then that is indeed a statement on who we are as a people."

In May, South Carolina Gov. Henry McMaster declared an end to all city and school mask mandates in an executive order. At the time, no city government, including Columbia, challenged that order, which invalidated all masks mandates.

Weeks later, state lawmakers put a proviso in the state budget that explicitly banned local school districts from issuing mask mandates. Those that do could see state funding taken away.

RELATED: Masks will not be required for students in South Carolina this fall

McMaster has been adamant about prohibiting masks in schools, saying it's a parents choice. In an interview over the weekend, he said wearing a mask inhibited children's ability to learn.

State law allows city councils to put in place emergency ordinances for "life, safety, and health," but it's unclear if the proviso and the governor's previous order nullifies any such measure.

Benjamin said in the meeting that he wanted to discuss the matter further in executive session--which is not public. It was unclear when he might take action.

"If we as a community are not willing to do what is necessary to keep them safe and keep them alive then that is indeed a statement on who we are as a people," Benjamin said.