Protesters have been meeting in Columbia for the last seven days. 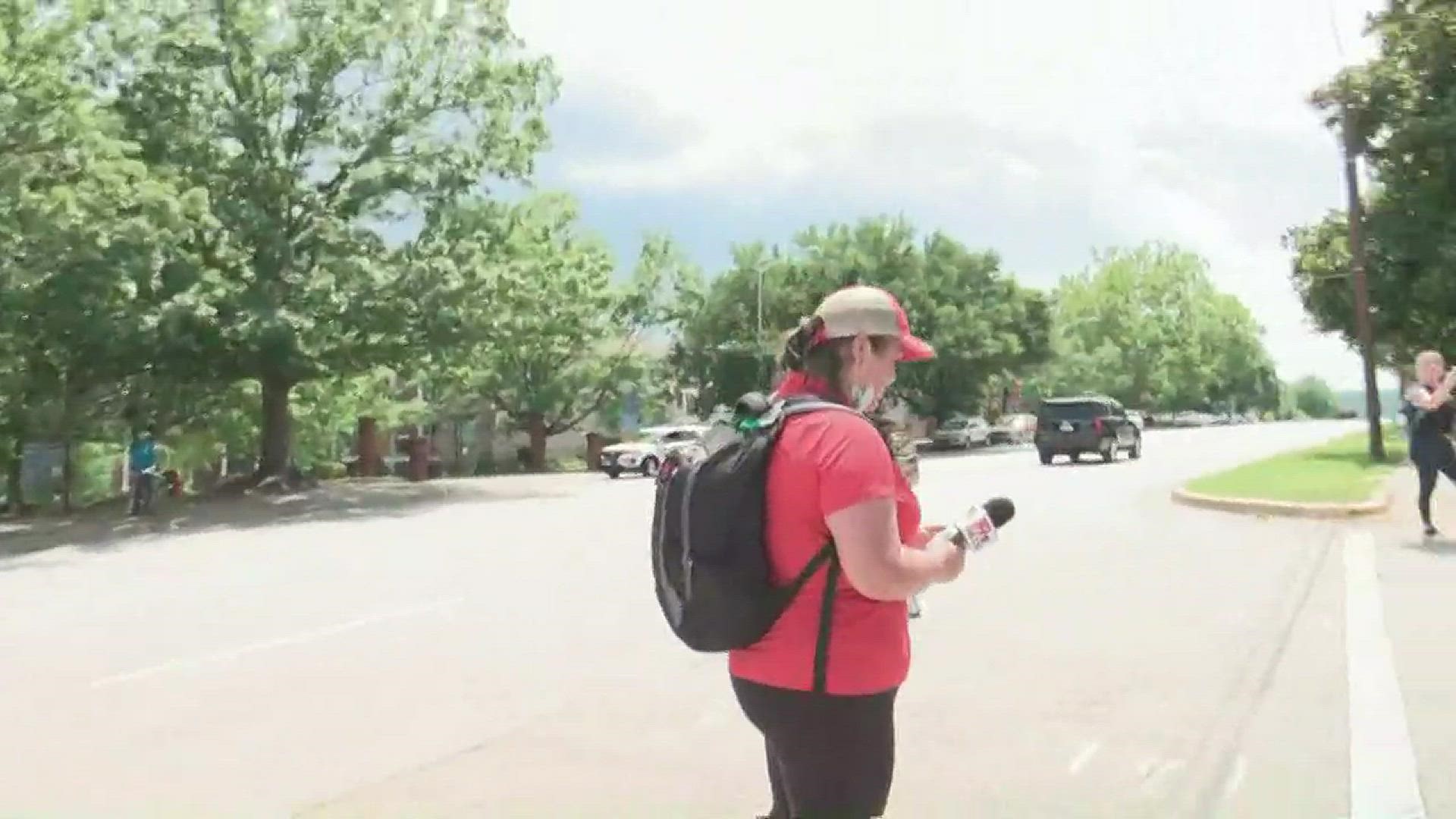 COLUMBIA, S.C. — A seventh day of protests is taking place in downtown Columbia in response to the death of George Floyd while in police custody in Minnesota.

Hundreds of protesters began their demonstration in front of the South Carolina Governor's Mansion. It's unclear if Gov. Henry McMaster was there since he'd been at a public appearance in another part of the state earlier in the morning.

The group chanted in front of the complex, which had barricades and officers posted in front of the entrance, for about 45 minutes . Among those participating were dozens of University of South Carolina football players led by Head Coach Will Muschamp, and other athletes from the school.

The group called for change, sang "Amazing Grace" and "We Shall Overcome."

The group then marched down to the South Carolina State House, which has been the main site of their protests for the last several days.

Once they reached the State House, people began speaking to the crowd, including State Rep. Todd Rutherford of Richland County.

The protests began last Saturday and while the demonstrations started peacefully, there was an outbreak of violence that left protesters and police officers injured and property damaged Dozens were arrested that first day, and several more have been arrested since then using social media to identify them. Sheriff Leon Lott said the problems were caused by "criminal opportunists" not peaceful protesters.

RELATED: A closer look at the 'Boogaloo Bois,' the men in Hawaiian shirts at protests

Since then, the protests have been peaceful. On Monday through Wednesday, the group would meet at the State House, call for change, and then go home.

One of the early organizers even met with Columbia Mayor Steve Benjamin, who came to the scene, and the two had a plan to meet together.

On Thursday, the group marched to Columbia Police Headquarters. Once there, Chief Holbrook and several officers came outside and joined the protesters in front of the complex and knelt with them.

He also spent several members hearing some of the protesters concerns.