Steve Benjamin issued the declaration Wednesday afternoon due to the rapid spread of the virus. 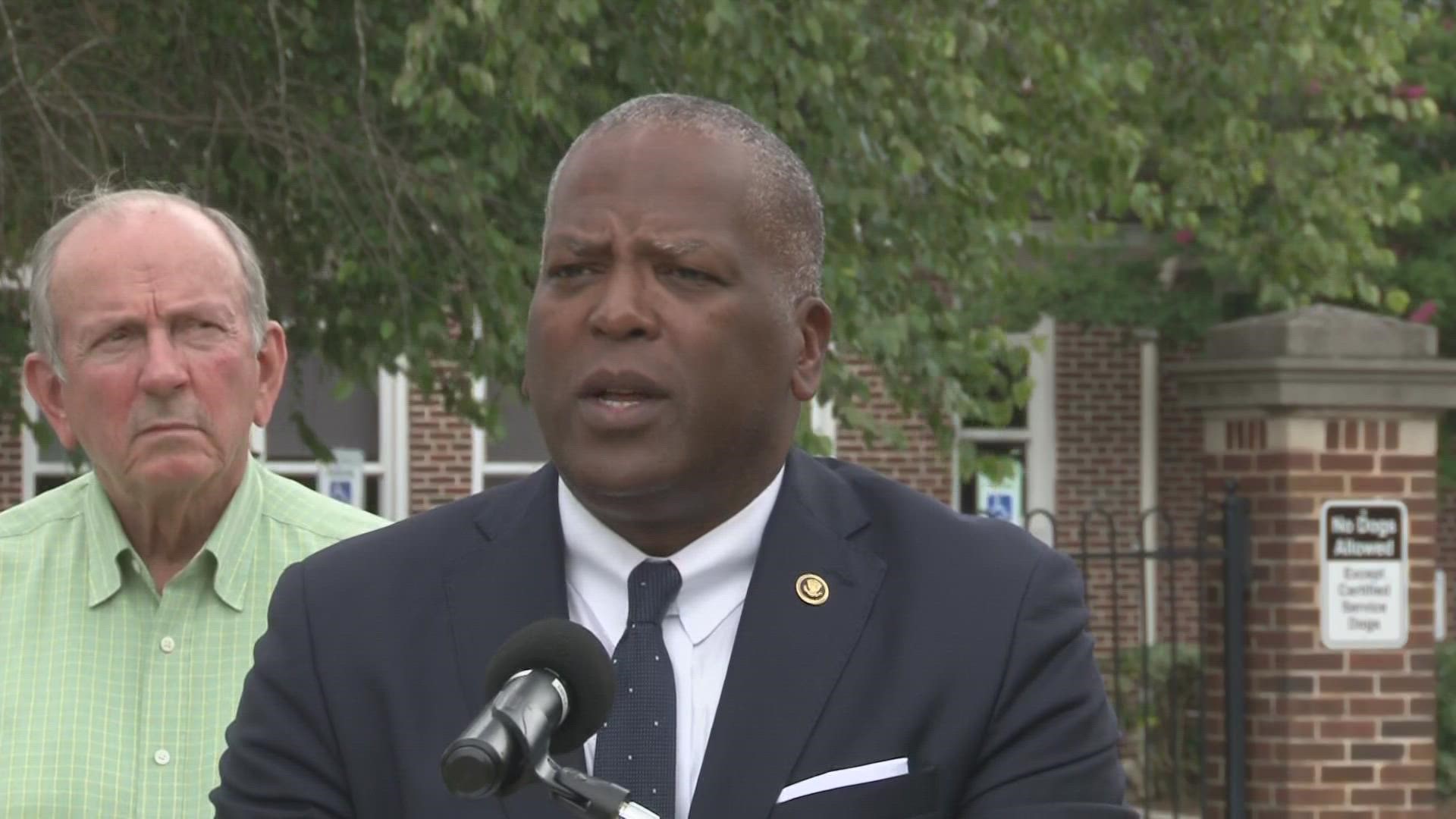 COLUMBIA, S.C. — Columbia Mayor Steve Benjamin has announced a state of emergency in the city that includes a mask mandate for schools in the city, in what he says is an effort to protect children from COVID-19.

Benjamin issued the declaration Wednesday afternoon due to the rapid spread of the virus, then announced the wording of the ordinance.

The ordinance reads as follows:

"Be it further ordained and imposed  that facial coverings shall be required by all faculty, staff, children over the age of two (2), and visitors, in all buildings at public and private schools or daycares whose purpose is to educate and/or care for children between the ages of two (2) and fourteen (14) to slow the spread of the novel Coronavirus and the disease COVID-19 within the City limits as follows."

The ordinance does not affect adults or high schoolers, and changes no rules for businesses.

The rest of the council will meet at 10 AM Thursday to vote to affirm or oppose the ordinance.

"Under state law I have the authority to declare the emergency here in the city," Benjamin said. "Within 24 hours the council has to decide whether or not their going to support that declaration. I fully expect that they will."

If agreed to, the mandate would affect 43 elementary and middle schools, mostly in Richland School District One, as well as one school in Richland Two and all private schools. It would be in effect for 61 days from its passing.

“We will do everything in our power to protect the health and safety of our students and staff," said Richland One Superintendent Dr. Craig Witherspoon in a statement after hearing about the proposal. That has been our priority and it continues to be our priority as we prepare for the new school year. We will encourage our students and staff to wear masks, which public health officials advise to help mitigate the spread of COVID-19. We also urge everyone who is eligible to be vaccinated to get vaccinated.”

There would be a $100 fine for violations, which will be enforced by the city fire marshal's office. The fine would only be levied against the principal of each school.

"Let's protect our babies, let's protect the men and women who educate them," Benjamin said.

Benjamin said at Tuesday's city council meeting that his goal was not to pass a mask mandate for adults, just for kids, since any child 12 and under currently is not eligible to get the coronavirus vaccine.

RELATED: Masks will not be required for students in South Carolina this fall

However, there still is some debate as to whether the mandate can happen.

State lawmakers put a proviso in the state budget in June that explicitly banned local school districts from issuing mask mandates. Those that violated the order could see state funding taken away.

"No school district, or any of its schools, may use any funds appropriated or authorized pursuant to this act to require that its students and/or employees wear a facemask at any of its education facilities," the proviso reads. "This prohibition extends to the announcement or enforcement of any such policy."

Benjamin said city attorneys told him they believe his mandate can stand up in court. He also said that since the city will be providing the masks to schools, that gets around the state funding issue.

"We are prepared to fight it all the way to the U.S. Supreme Court," the mayor said. "That's how strong we believe in it."

In May, South Carolina Gov. Henry McMaster declared an end to all city and school mask mandates in an executive order.

McMaster has been adamant about prohibiting masks in schools, saying it's a parents choice. In an interview over the weekend, he said wearing a mask inhibited children's ability to learn.

"This is another attempt to force children to wear masks in schools without a bit of consideration for a parent's right to make that decision," said McMaster spokesperson Brian Symmes. "State law prohibits masks mandates in public schools, and the city's ordinance would require teachers and administrators to violate state law."