"Her legacy will live on forever." Community leaders reflect on the life and legacy of Justice Ruth Bader Ginsburg

Thousands across the state and the country are reflecting on the life and legacy of Justice Ruth Bader Ginsburg. 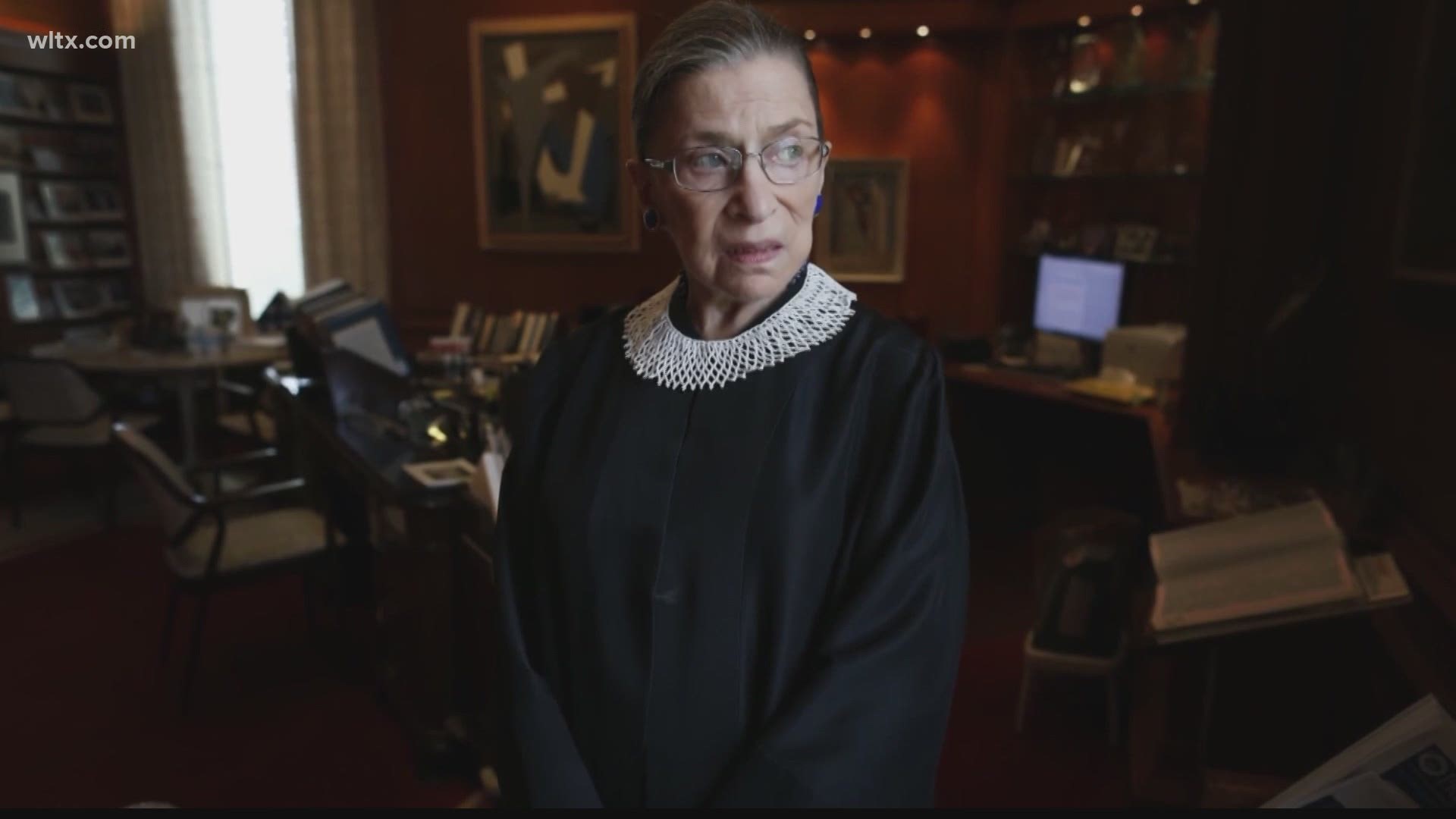 COLUMBIA, S.C. — Thousands across the World are reflecting on the life and legacy of Justice Ruth Bader Ginsburg.

The 87-year-old served in the United States Supreme Court for almost three decades, being sworn in 1993 by then President Bill Clinton.

RELATED: Ruth Bader Ginsburg to lie in repose at Supreme Court, lie in state at US Capitol

Throughout her life, Ginsburg was a strong advocate for equal rights for every American.

“She really showed us through her life that you don’t have to take no for an answer,” Warner said. “Whether it’s from a boss or someone who says you don’t belong here, she showed that you can push through that resistance.”

Before becoming a Supreme Court Justice, Ginsburg was at the forefront of several cases that led to equal rights and opportunities for women. These cases helped establish the right of women to sign a mortgage without a husband and to not be fired from a job because of pregnancy among other rights.

“She litigated cases that allowed women all kinds of rights they had never seen before,” said Kirk Randazzo, Chair of the School of Political Science at the University of South Carolina, “Some things that women almost take for granted today are a direct result of Justice Ginsburg.”