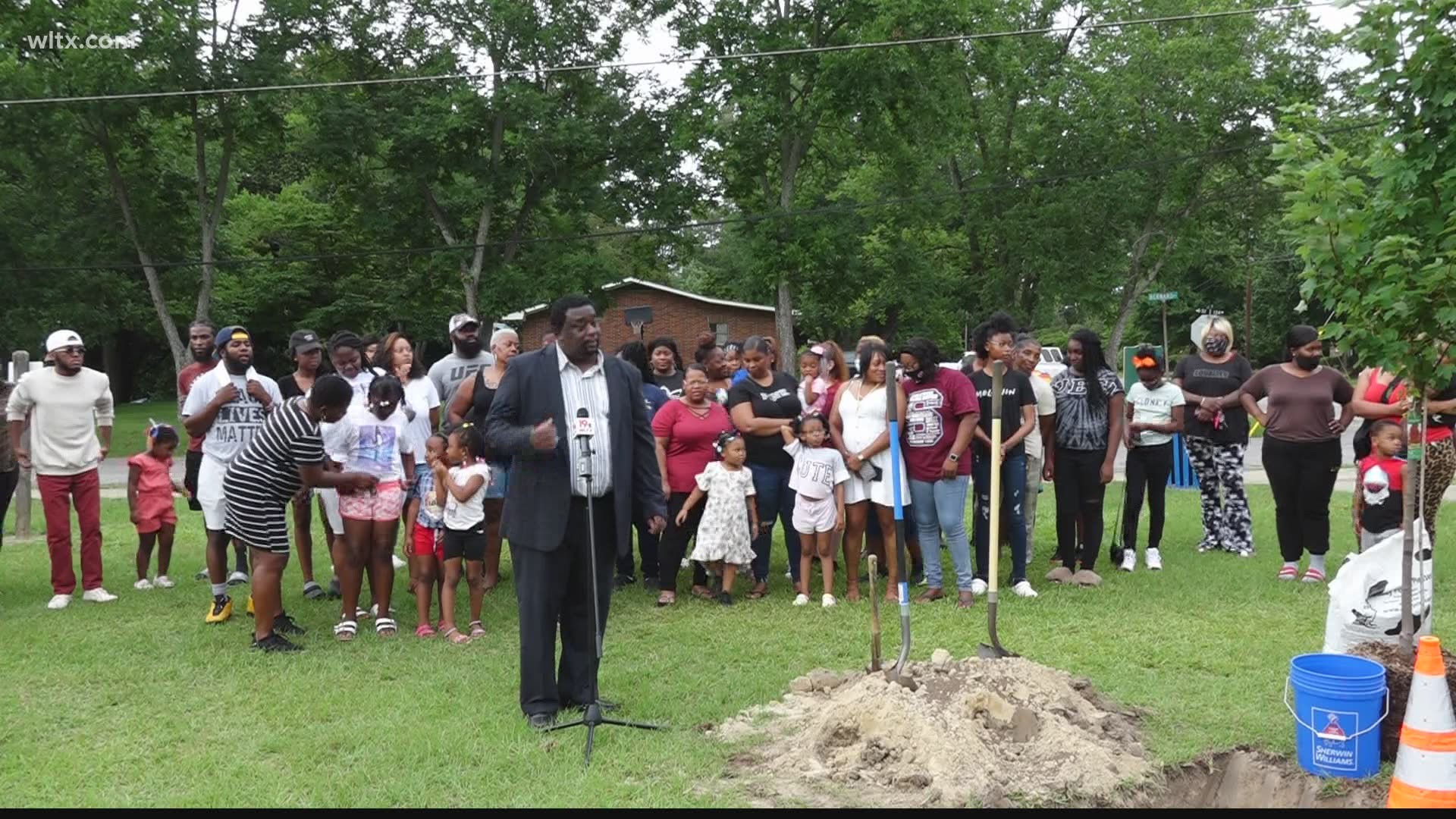 BATESBURG-LEESVILLE, S.C. — Dozens of people from Batesburg-Leesville stood together Wednesday to pay their respects to 11-year-old Tashya Jay as they planted a red maple tree.

Tashya was shot and killed last month. Officers said she was at a friend's home when stray bullets came into the house, striking and killing her.

RELATED: 'She got shot in her back:' Father speaks out after daughter shot in Lexington County

On Monday, members of the Batesburg-Leesville community stood together at the town park, behind Midlands Tech, to remember the 11-year-old who was shot and killed in early June.

According to the family, the tree is a symbol of unity. Councilman Stephen Cain calling it, "A healing tree." A tree to help people remember Tashya Jay.

Along with friends and community members stood authorities who worked the case. Batesburg-Leesville Police Chief Wallace Oswald helped plant the tree. He hopes it will help with the healing process. "I was there that night, and it was extremely sad and tragic situation, anytime a child is involved like this," said Chief Oswald.

Chasity Jay, Tashya's aunt, said the event provided, "Some sort of closure and healing process for our family."

"Tashya was a big part of our family. She was the life of the party," Jay said. "She made me an Auntie, and that's something I take pride in. That was my baby."

Jay says planting this tree will keep her in the hearts of the community. "They said it would bloom red. Red was her favorite color."

Councilman Cain called the tragedy a community loss, saying, "We wanted to as a town, as a county, and as a community, we wanted to memorialize her, and show her love and respect."

During the ceremony, the Jay family stood together, silently remembering their little girl. Her aunt says she and the family are still coming to terms with the loss.

"That tree is going to grow big and strong, and if you know her and you know me, she has the personality and the strength of her auntie. That girl was a fighter, and that tree will forever be Tashya Michelle Jay."

RELATED: Second arrest made in shooting that killed 11-year-old in Batesburg-Leesville