Joanna Zeigler says she was shocked an angered that a Confederate Battle Flag was hung in her daughter's middle school classroom. 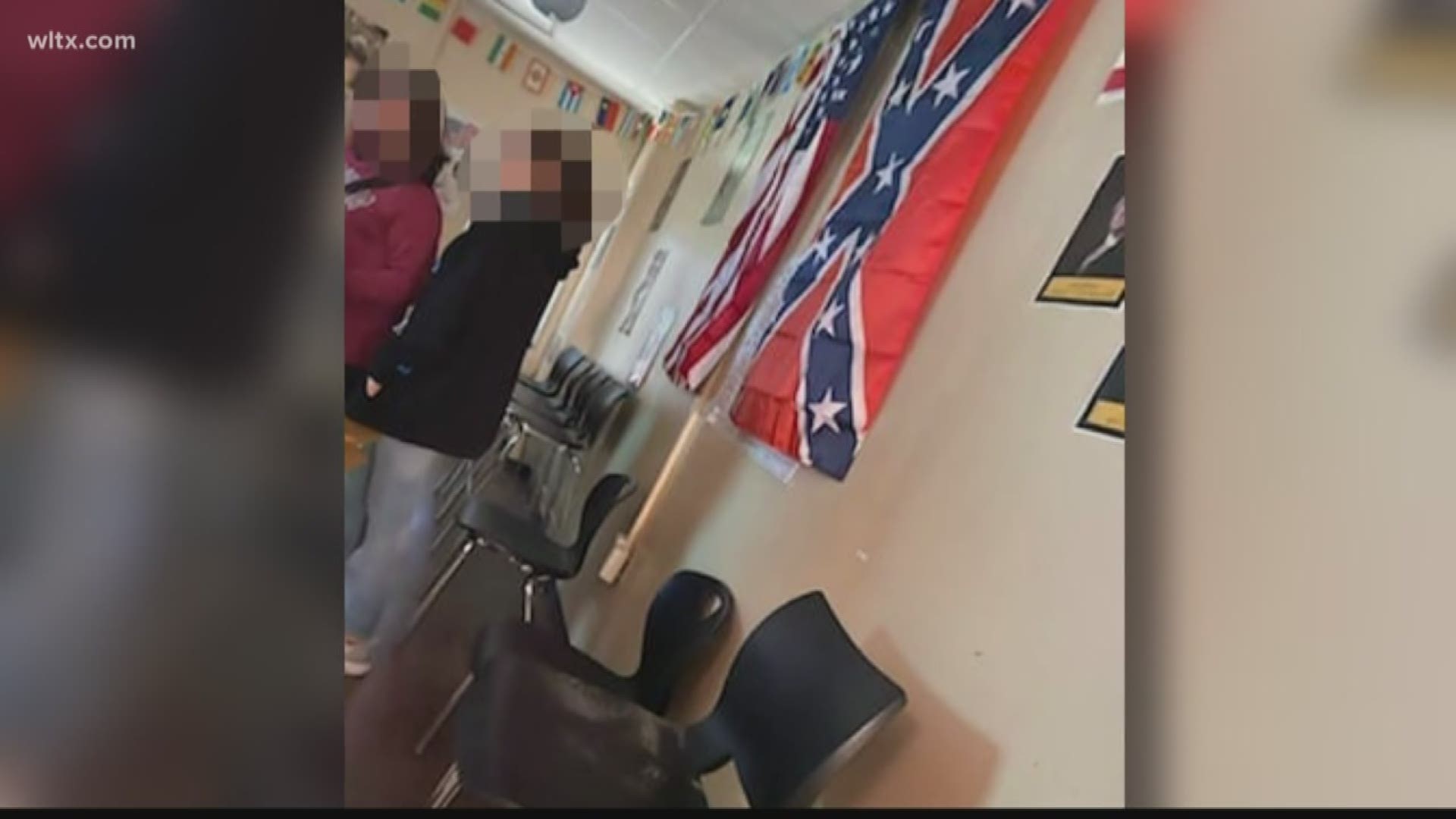 SWANSEA, S.C. — Lexington School District Four is apologizing for the actions of a teacher at Sandhills Middle School.

According to parent Joanna Zeigler, her daughter expressed concern after her teacher displayed at Confederate Battle Flag next to a Civil War era 34-star American Flag as part of a Civil War lesson.

"I can't believe in this day and age that a teacher would do that," says Zeigler. "My first and main concern is that my daughter went to the teacher and she expressed how she felt and how it was making her feel, three consecutive days. My concern was his response, telling her he's sorry she feels that way, but this is a part of history."

Zeigler posted the photo on her Facebook page, and says while she received many comments showing support for her concern, there were also negative comments from other parents in the district.

Lexington School District Four released this statement about the incident:

On Tuesday, February 4th, as part of a Civil War unit based on 8th Grade Social Studies Standards, a teacher at Sandhills Middle School displayed a Civil War era 34-Star American Flag and the Confederate battle flag on the classroom wall as artifacts of the time period. School administration became aware of a student’s concern through a parent’s post on social media Tuesday night. This understandably generated concern from members of our community. Administration is taking the appropriate steps to learn more about this matter, and the flags are no longer being displayed in the classroom.

Including the use of historical artifacts within units of study is a common practice in the classroom and can enrich students’ learning experiences; however, it is imperative that we as educators are always mindful of the diverse views of our students, parents, and community members. Our school system understands the importance of providing a respectful learning environment for all students and works daily to ensure we meet this obligation. To that end, the District maintains an open door policy to address individual concerns and welcomes the opportunity to do so at any time.

Zeigler understands that the Confederate Battle Flag is part of the Civil War history, but she doesn't understand why it was displayed in the classroom.

"It's Black History Month and you're not teaching about the Civil Rights Movement," says Zeigler. "Of course they have to learn these historical facts, but what about what the flag means today?"