The dam that's been washed out for nearly five years from the October Floods of 2015 is expected to be rebuilt in the next four months. 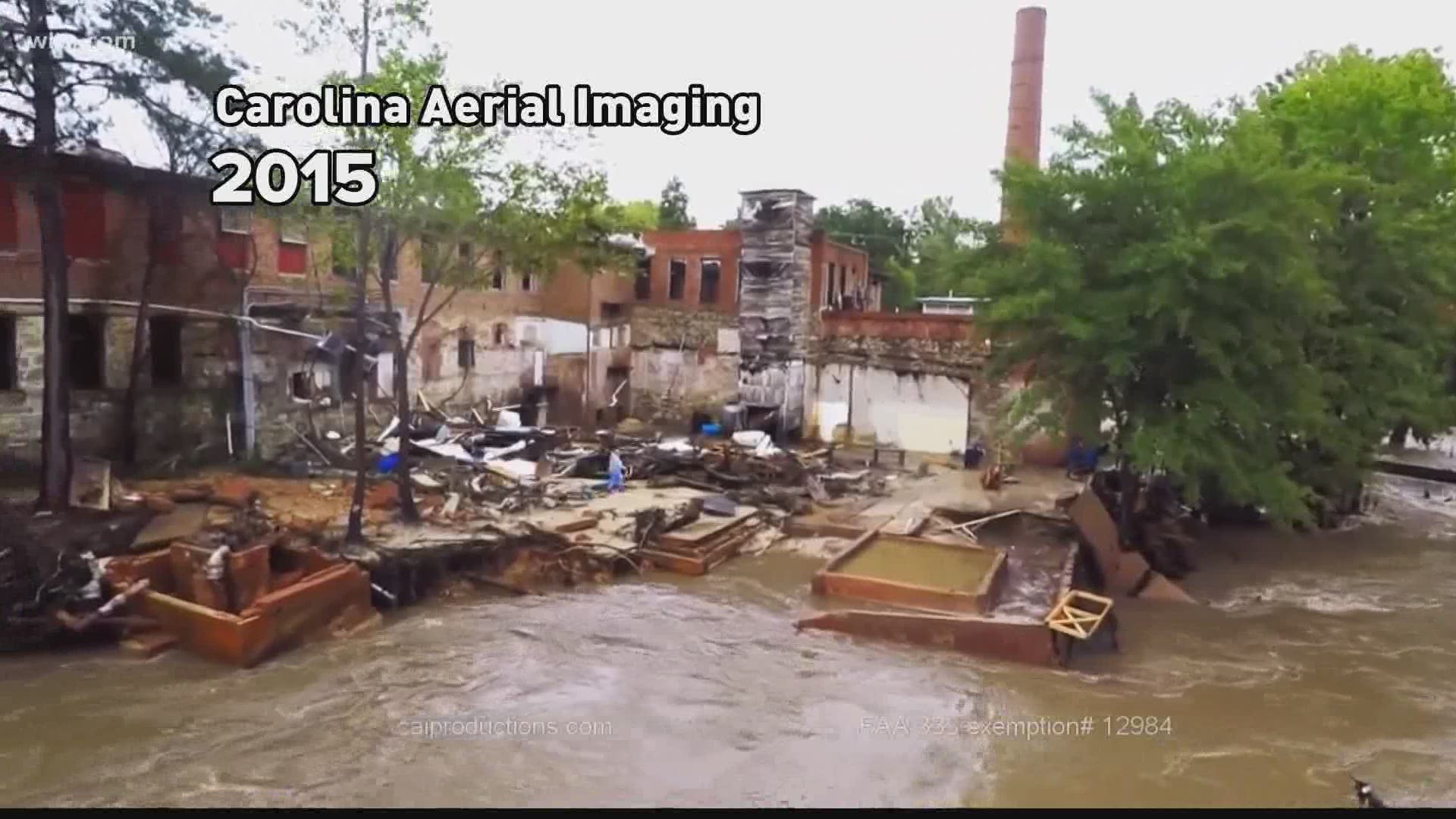 LEXINGTON, S.C. — Construction has begun for the Old Mill Pond Dam in Lexington that's been washed out for nearly five years.

In October of 2015, floods devastated the area. Businesses in the area were flooded, and the dam was washed out.

Since then most businesses have been able to rebuild, but the empty pond remains as a reminder.

In October last year, the owner of the property, Laban Chappell, told News 19 he's had to work with DHEC to fix the dam.

PREVIOUS COVERAGE: Old Mill Pond may be rebuilt in 2020

The owner also plans to have the water raised back up.

Jeff Beacham, who's working on the project, said he's looking forward to what rebuilding the dam will bring back to the Town of Lexington.

"It took five years to get the project off the ground. I know that the whole Town of Lexington is excited," said Beacham. "I anticipate being through with this dam in approximately four months."

The Town of Lexington said along with the dam being rebuilt, they plan on building a mile walking trail around the pond.

People in the community said they are looking forward to seeing the trail built and being able to use it when they check out businesses by the pond. People also said having the combination of the trail and the pond will bring more business to restaurants, breweries and stores in the area.

66 players opt out of NFL season due to coronavirus pandemic