COVID-19 could close LaBrasca's Pizza if business doesn't pick up

LaBrasca's Pizza, in business nearly 55 years, could shut its doors if sales don't pick up. 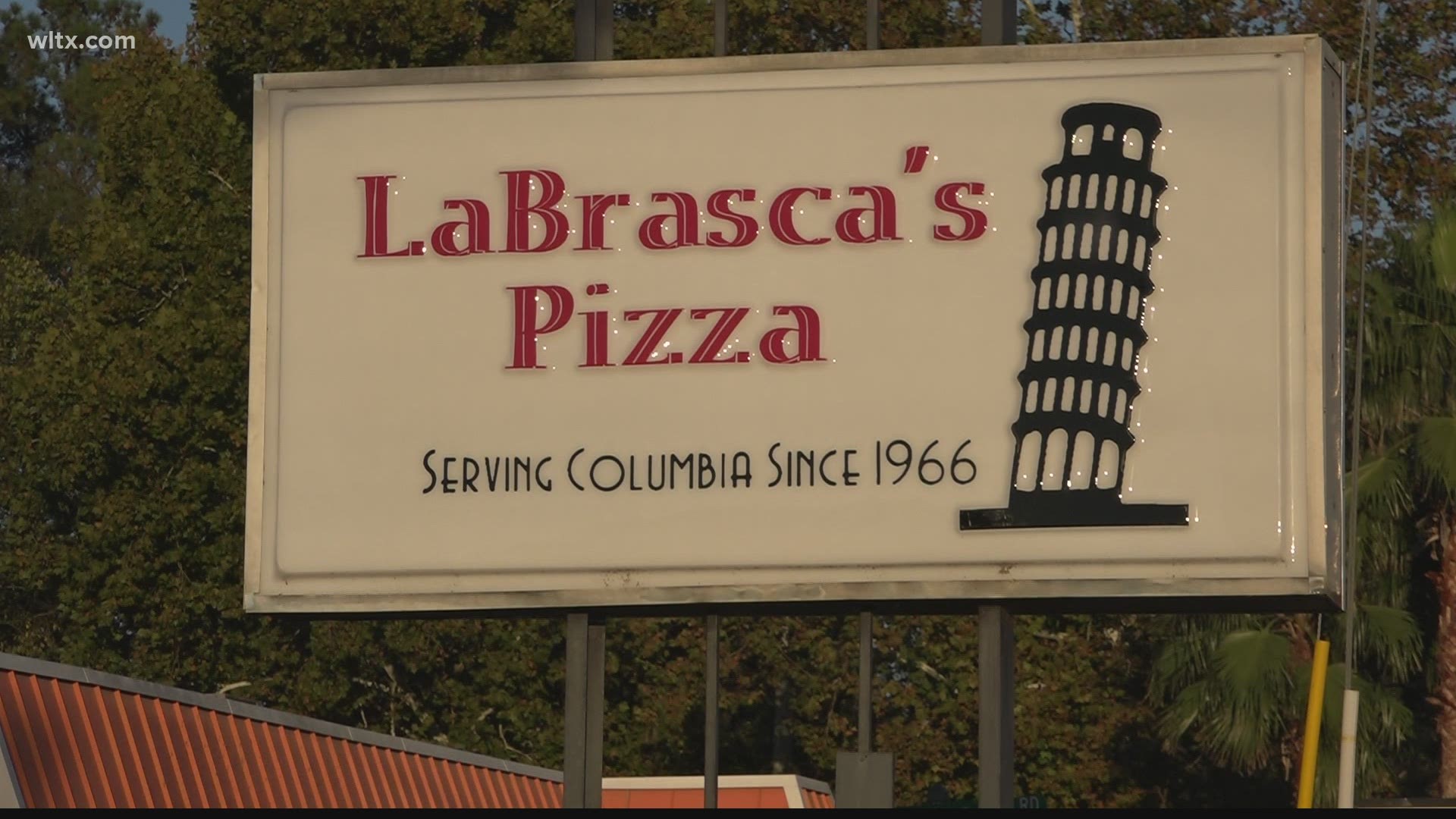 COLUMBIA, S.C. — A Columbia staple could soon shut its doors if sales don't pick up.

LaBrasca's Pizza, in business for nearly 55 years, is running on fumes because of the pandemic.

But there is hope, thanks to a loyal customer base that's helped before.

"It's a family place, it's got the family atmosphere. You don't find many places like that anymore," said Jo Mims, a LaBrasca's employee of 45 years who recently retired.

LaBrasca's recently earned their 6th consecutive win for Columbia's best pizza. Now, they are on the verge of closing.

Co-owner, Milly Wilson, posted an update on her Facebook page this week.

"[I said] the pandemic is going to put us under. We're struggling to keep our heads afloat and we don't know how much longer we're gonna be able to stay above water," said Wilson.

Since the start of the pandemic, the restaurant stayed open.

They kept full-time employees and even started making their own crust in-house after their distributor went out of business in June.

"During the takeout only we were doing amazing, and that's when we decided not to take a loan," Wilson said. "We were like, 'If this keeps up we're going to be OK.' But when restaurants started opening up again, everything just stopped."

Most South Carolina restaurants are still at 50% capacity, according to Bobby Williams, Chairman of the South Carolina Restaurant and Lodging Association and CEO of Lizard's Thicket.

"We thought we turned the corner several weeks ago," he said. "We opened up the dining rooms to 100%, but what we found is that the customers are not ready to go out to a busy restaurant."

Many restaurants are staying afloat with carry-out options and outdoor seating.

Williams says, the problem is, once the colder weather arrives, the patio option will take a hit which may force some businesses to close.

"The upstate right now has done a pretty good job with outdoor dining. But now with the cold weather, people don't want to sit outside," said Williams. "I hate to see any of them close, but...unfortunately I believe it's gonna be a dark winter."

"We were really looking forward to it carrying us through November. We looked forward to Thanksgiving, but now it's not going to happen."

During the flood, LaBrasca's customers helped rebuild the restaurant.

"The people in the neighborhood love LaBrasca's and they don't want to see it go down," said Johnnie Rosborough, a former LaBrasca's employee of 45 years, who dined with friends at the restaurant Wednesday.

During the pandemic, there's hope for yet another revival.

The cancelled State Fair also took at big bite out of LaBrasca's revenue. They lost the bulk of their yearly income without their pizza wagon at the event.

Shortly after Wilson's Facebook post, offers came in from customers wanting to help. Lines also showed up at the restaurant, similar to the pre-pandemic days.

"We don't want money. We just want our customers back," said Wilson, who despite pandemic woes, is still organizing uplifting community events at LaBrasca's.

As for another round of PPP loans for restaurants, Williams doesn't expect that to come until 2021.

"I think it will be late spring before we get back, hopefully, to norm," he said.