The woman was disoriented but appreciative. 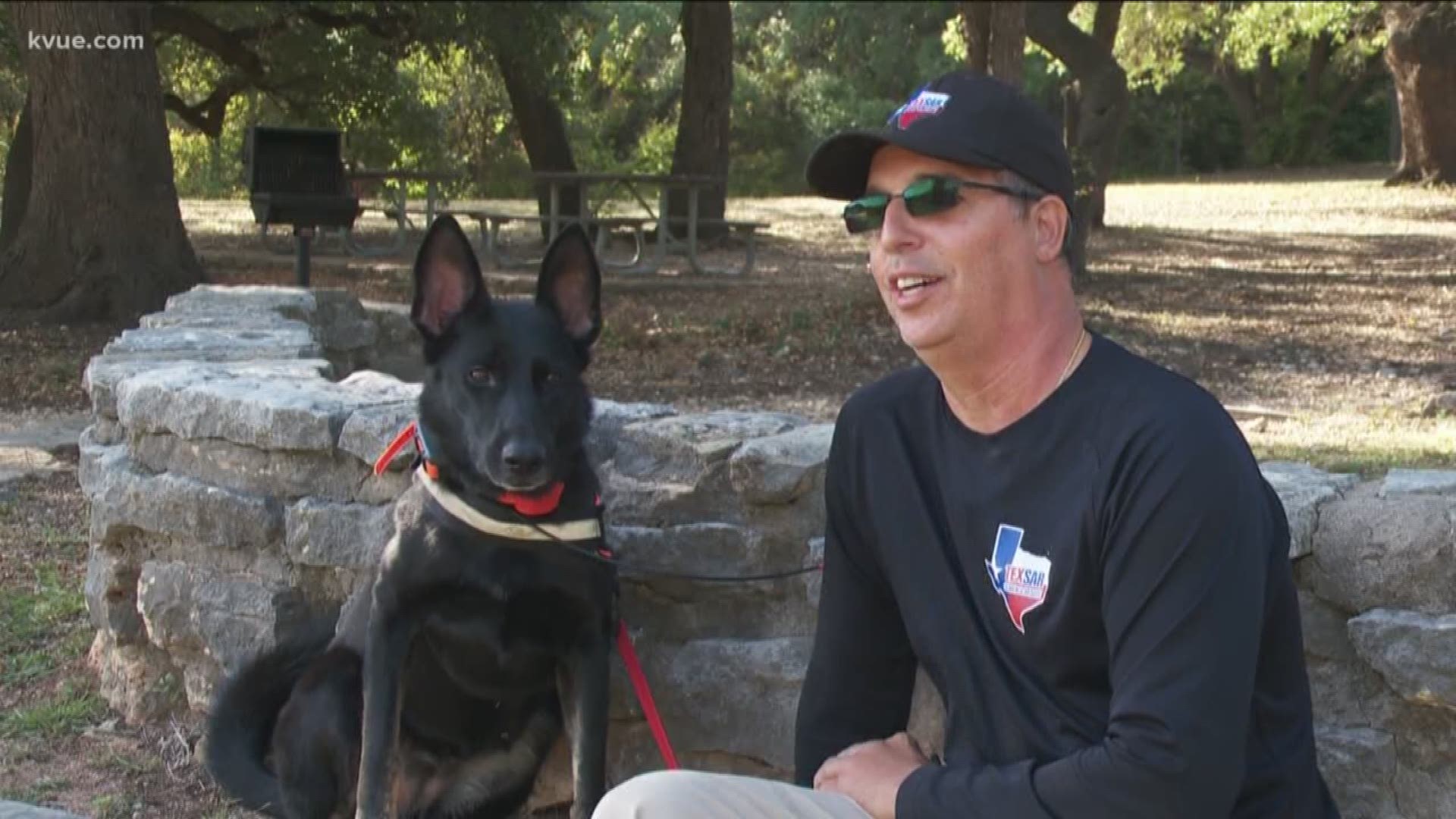 TRAVIS COUNTY, Texas — An elderly woman who lost her way in the woods was found alive early Wednesday morning thanks in part to a volunteer search-and-rescue team and a four-year-old K9 named Karah.

Hours before, the woman had wandered from a spa resort on FM 2769 and into the woods nearby.

"We get called anytime, day or night, weekends. It doesn't matter. It's when the person is lost, not when we want to do it," Anthony said.

Anthony and his 4-year-old Czech German shepherd named Karah arrived at the scene shortly after receiving the call for assistance.

For a search dog like Karah, her main motivation is her yellow toy, as her 16-month-long training taught her to treat every missing person like someone who is carrying it. Her goal: to get the "toy" back.

"If we're looking for one person and she finds another, she thinks they're lost [and carrying her toy], so she's going to find them and pick them up," Anthony said. "Karah is a bark-and-hold, so she'll keep barking until she sees me or the toy to come out."

With the toy as her motivation, Karah found the missing elderly woman within about 45 minutes, about a quarter-mile into the woods.

It's the first time in Anthony's 11 years with TEXSAR that he and his K9 found a missing person where they were reported missing and alive.

"We don't get these calls very often where we do have a happy ending, and it's very fulfilling either way to help the families out," Anthony said.

Anthony said the woman was disoriented but very appreciative.

"She was thanking us the whole way back to the parking lot," he said.

TEXSAR is a volunteer search-and-rescue organization with about 360 members statewide and 23 certified K9s.

UT Austin ranked No. 34 best university in the world