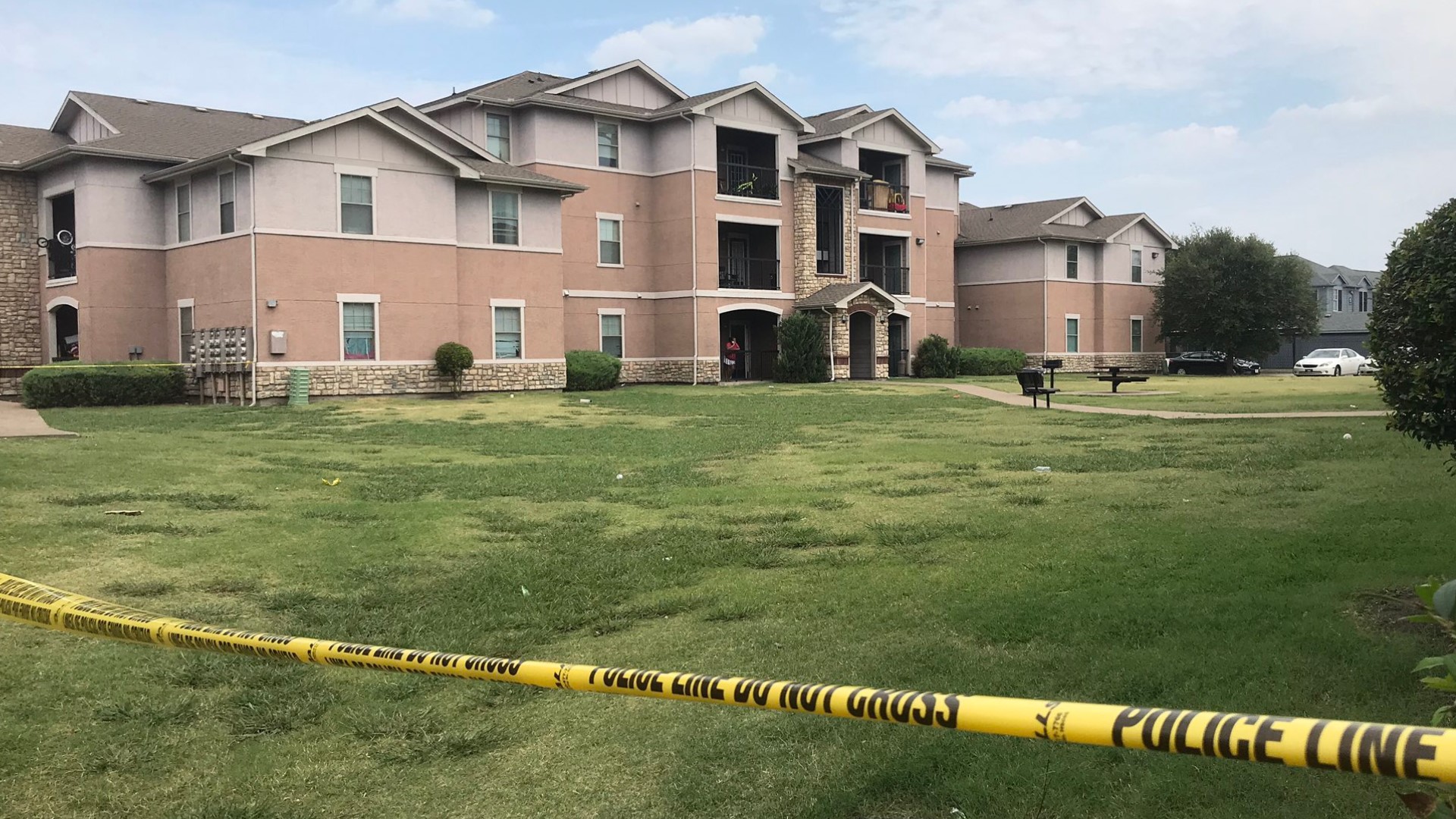 Updated at 10:15 p.m. with statements from neighbors.

A man was taken into police custody after he called an alarm company to say he had killed his family at a Far East Dallas apartment complex.

Dallas police say three people were found dead inside an apartment. Officials did not release names or the age of the woman but said the two teens were 16 and 13 years old.

Deputy Chief Reuben Ramirez said police received a call for service around 11 a.m. Monday at apartments in the 2600 block of John West Road.

An alarm company reported it had received a call "from a man who claimed he had shot his family," Ramirez said.

Officers found the man when they arrived on scene and took him into custody. Police later identified him as 57-year-old James Manning, who also goes by James Webb. He was taken to Dallas police headquarters to be interviewed. As of Monday night, Manning was still going through the book-in process, according to Dallas police.

His arrest warrant affidavit says Manning and his wife woke up Monday morning and started arguing around 10 a.m because he had a headache and felt she and the children were being too loud. The document says during the fight, he allegedly turned a gun on his wife and two boys, ages 16 and 13, and waited an hour before calling for help. Dallas Police Detectives say in his interview, Manning said he was tired of all three members of his family yelling.

A handgun was found inside the apartment where the three people were found dead, police said.

Community activist Yaheim Israel, founder of The WatchMen nonprofit, said he’s worked in the Rosemont Apartment complex many times before – trying to help educate people about resources and their rights.

“Feels like we were too late,” he said. “If we’d have been more involved, might have been able to save a life or two.”