It's a boy! Smithsonian National Zoo says giant panda cub is a male

Both of the cub’s eyes are starting to open. Keepers are encouraged by his progress. 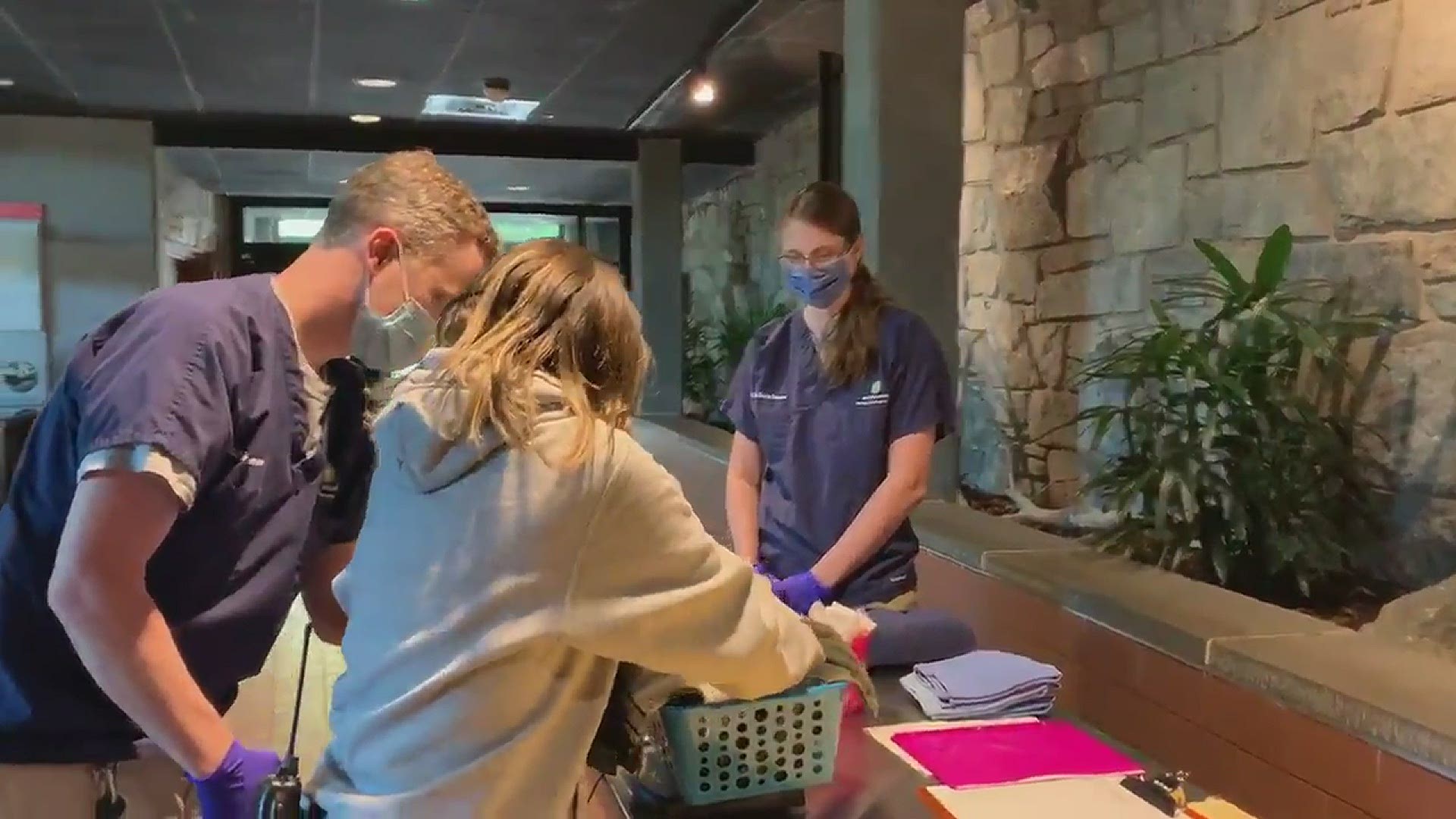 Outwardly, male and female cubs appear similar at birth, so a genetic test was the most accurate way to determine the cub’s sex, keepers said.

Veterinarians brought the swab to SCBI’s Center for Conservation Genomics, where scientists sequenced a short fragment of the zinc finger protein gene. The X and Y chromosomes both have this gene, with slightly different DNA sequences. Scientists determined that the swab sample taken by the zoo’s veterinarians has both sequences present — confirming that the cub is male. A painting created by male giant panda Tian Tian, the cub’s father, was used to reveal the sex of the cub to giant panda keepers and fans online.

Zoo veterinarians say that the cub appears to be healthy and strong. During a brief exam conducted by the panda team Oct. 1, keepers took the cub’s measurements. He weighed 3.6 pounds and measured 14 inches from nose to tail tip. His abdominal girth was 12.5 inches. Both of the cub’s eyes are starting to open. Keepers are encouraged by his progress.

At 22 years old, mother Mei Xiang is the oldest giant panda in the United States and the second oldest documented in the world to give birth.

In addition to this cub, Mei Xiang has given birth to three surviving offspring: Tai Shan, Bao Bao and Bei Bei.

RELATED: Cute cub alert: A baby panda was born at the National Zoo!